The King Brahmas' boys golf team will be making their first ever appearance at state next week. The Brahmas are also the area's only qualifying team this year. 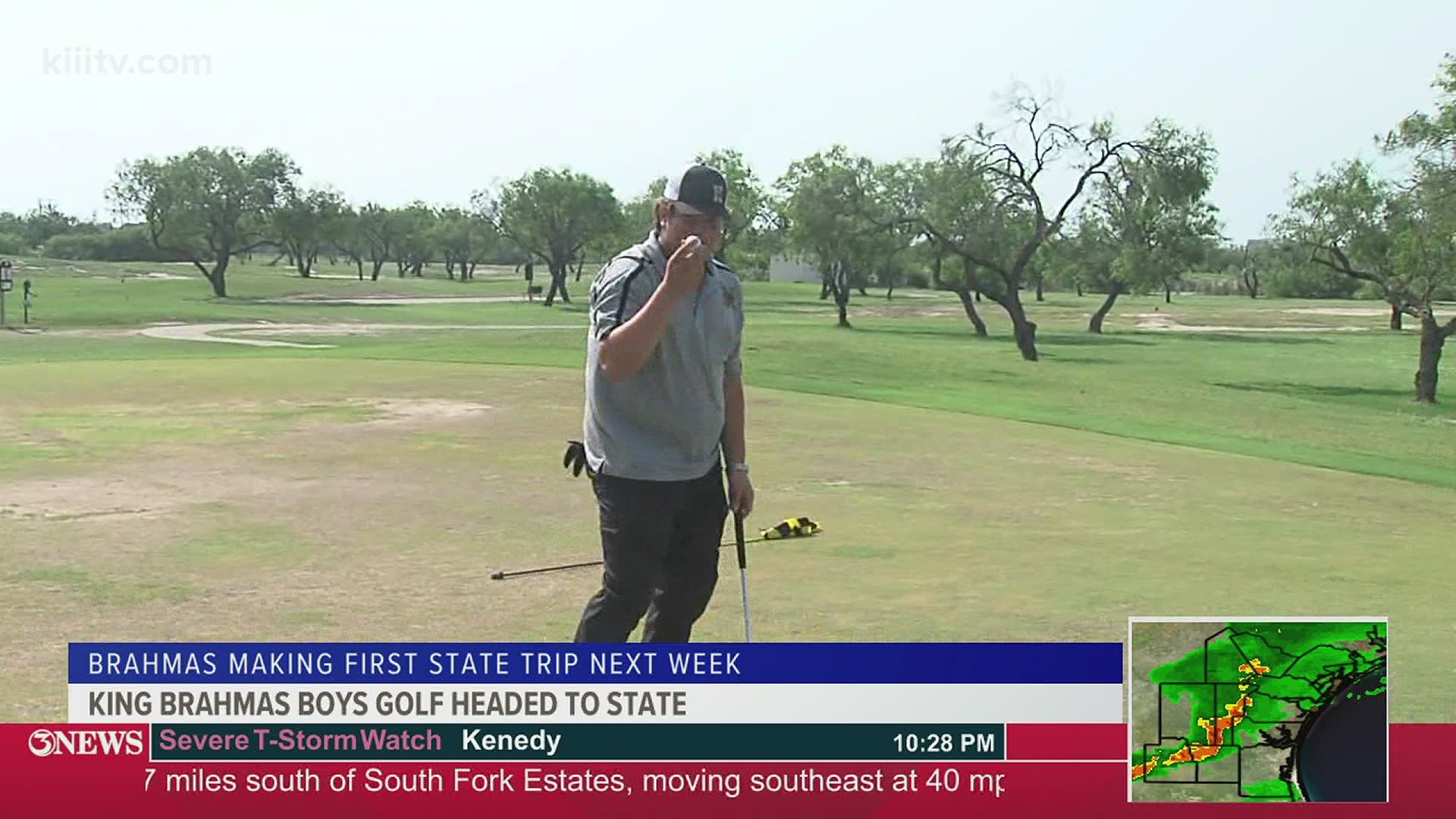 KINGSVILLE, Texas — The H.M. King Brahmas' boys golf team has already made program history by qualifying for the 4A State Tournament for the first time and they're hoping to make some more next week.

The Brahmas rallied on the second day of regionals to climb into the second spot and claim that elusive berth at state.

Kingsville is lead by several upper classmen that have been together for a few years including junior Grant Garza, but it's also been the infusion of some younger guys that's helped push the district champion Brahmas over the top and has them ready to compete against the best in Texas.

The Brahmas will head up to Kyle, Texas this weekend and will tee off at the 4A Tournament Monday and Tuesday at the Plum Creek Course. London's Tanner Johnson also qualified as an individual at the 3A Tournament in Manor.

On the girls' side London's Kacie Cazalas finished 4th in Class 3A while Tuloso-Midway's Jennifer Xac finished tied for 25th.