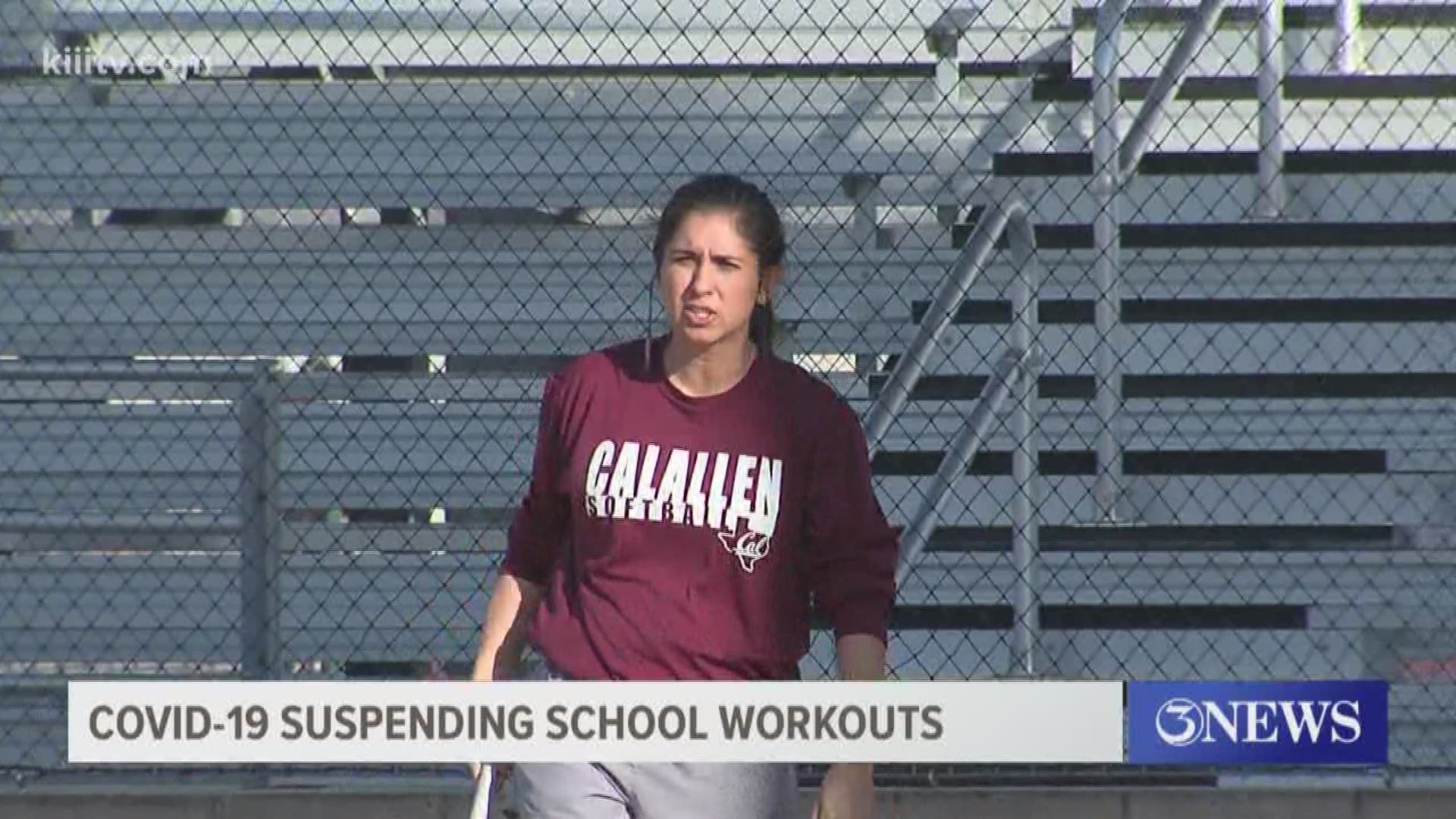 CORPUS CHRISTI, Texas — With the number of positive COVID-19 cases skyrocketing in the Coastal Bend a majority of high school athletic programs have decided to close the door on summer workouts.

"You know we already had a punch in the gut in the middle of the season and we all got together and we started working out and you could see the smile and the fire in the the girl's eyes," Calallen softball head coach Teresa Lentz said. "They just had this enthusiasm and happiness that they probably hadn't had in a long time."

At least 29 Coastal Bend schools have suspended summer workouts. CCISD and Calallen joining the laundry list of schools to do so in the past two days.

"You know with the rising cases every single day in our Nueces County. We thought that, you know, it was important that we do, we just put a pause on things," Miller football head coach Justen Evans said. The safety of our kids at all of our schools is always going to be of utmost importance and always going to come first."

Neither school district had a positive case within its athletics program, but, wanted it to stay that way. As have many districts in our area. Thus far, just two programs to have suspended workouts had positive cases - Sinton and Robstown. Who have both indefinitely suspended its workouts. The goal for about every program is to be back in 14 days.

"It's supposedly two weeks from now. I think they're gonna assess how everybody's doing and how I imagine the area is doing, but it's just going to depend on where we are as a community and probably as a county," Lentz said.

As you can tell, it's a play-it-by-ear situation and the coaches are just like the fans, hoping things turn around and we can get sports back in the Coastal Bend.

"In the grand scheme of things, we'd love to play football, but, it's not the most important thing right now," Evans said.

"I hope we play. If we don't play then this is the most messed up thing ever," Lentz said.