The Texans edged the Eagles while the Vets girls held off a big Ray rally. 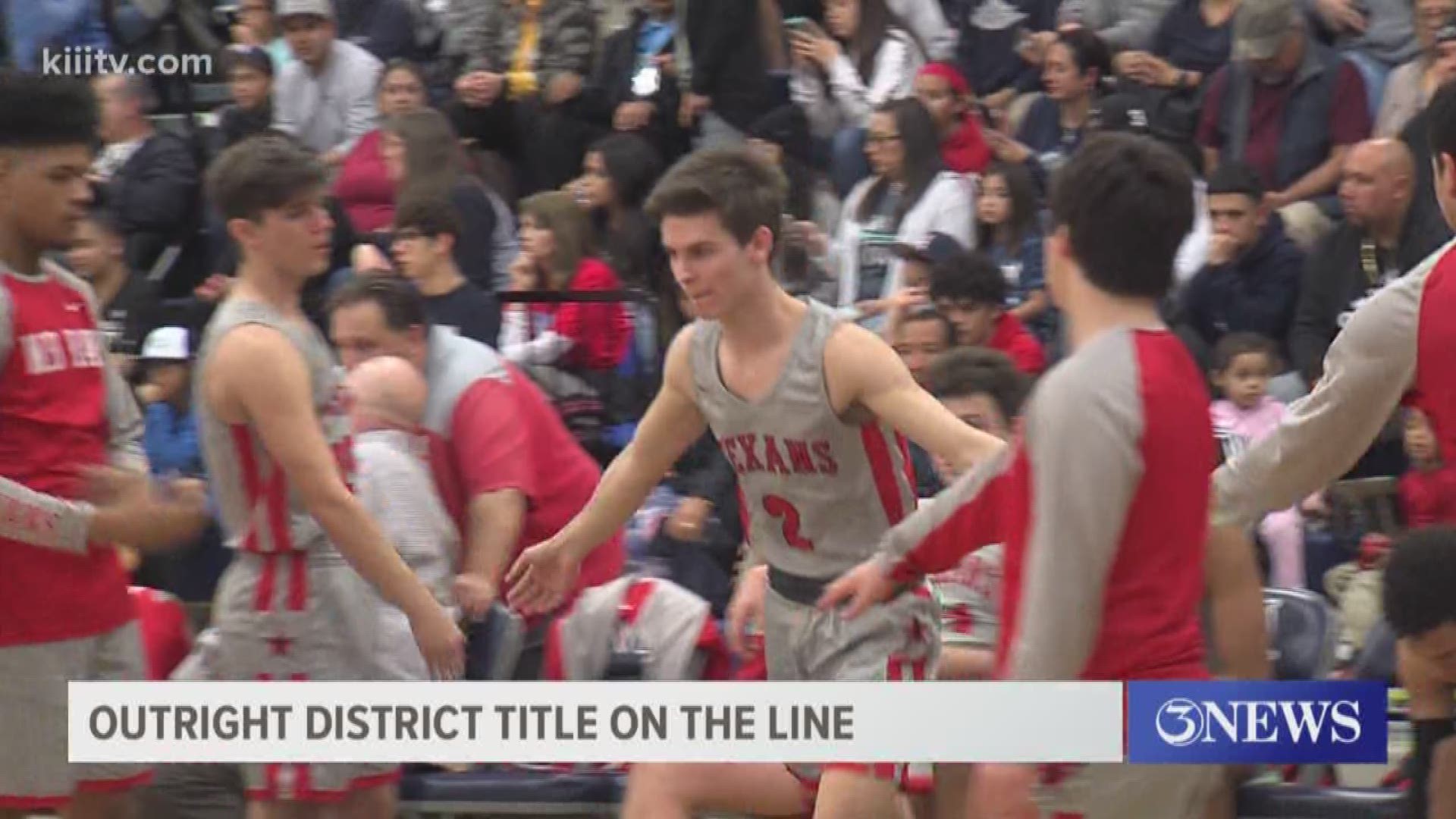 CORPUS CHRISTI, Texas — District 30-5A saw a couple of great ballgames Tuesday night over at Veterans Memorial with both the boys and girls contests providing a little bit of clarity in the standings.

The Ray boys secured the outright 30-5A championship with an 82-79 win over Vets. The 20th-ranked Texans improved to a perfect 14-0 in district play with the win while Veterans .currently sit in second place despite the loss.

In the girls game it was the Lady Eagles that survived a huge Ray rally to win 54-51. Veterans Memorial secured the two-seed behind Carroll in District 30-5A with the victory while the Texans' season came to an end. Ray had previously grabbed a fourth quarter lead after going on a 19-0 run.

Click the video above for highlights of both games.