Ray edges Miller for District Title; G-P gets in Playoffs

The Texans are the outright district champions after beating East combined with a Miller loss. 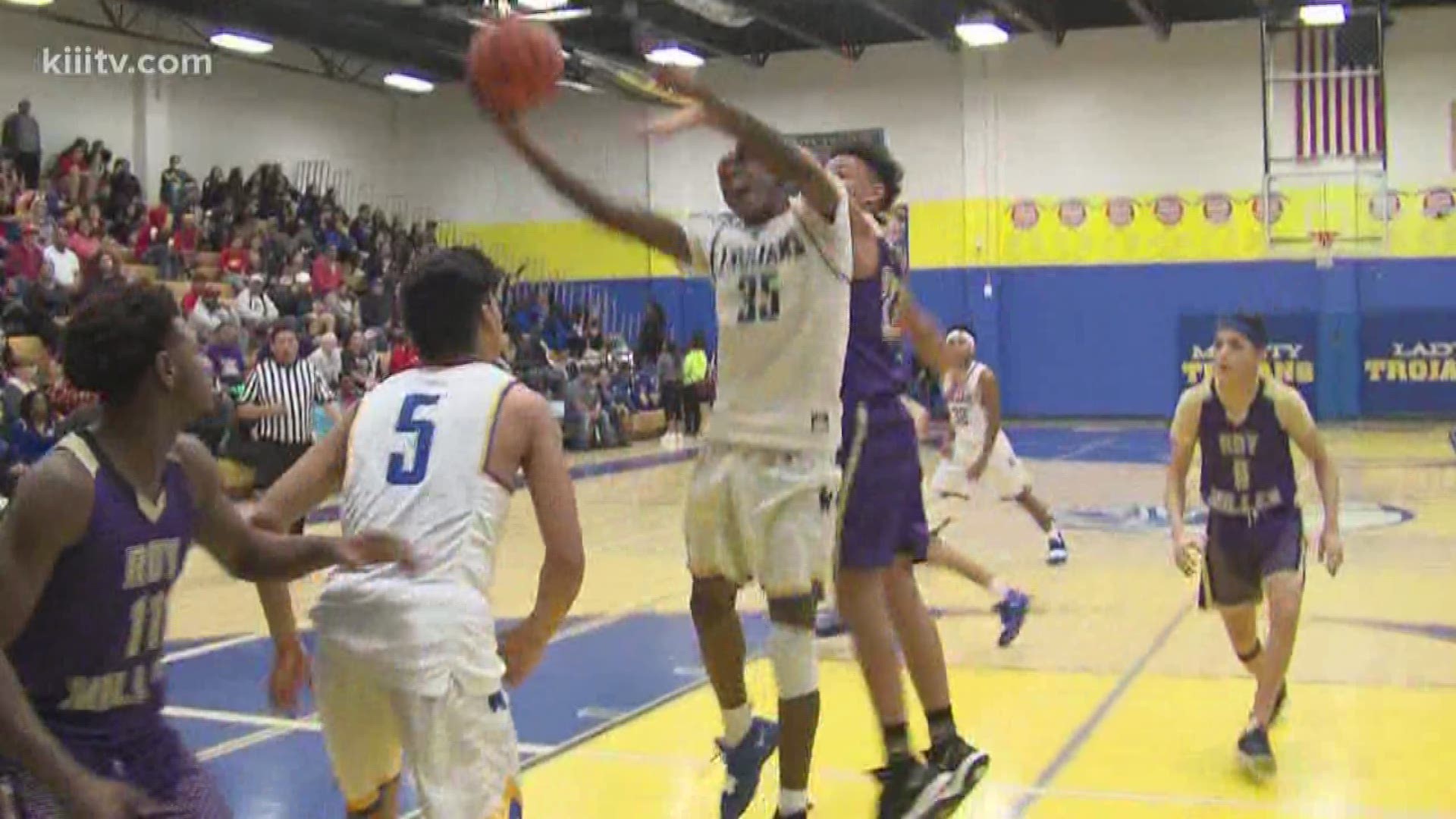 CORPUS CHRISTI, Texas — The Ray Texans are the outright District 30-5A champions courtesy of their win Tuesday combined with a stunning Moody victory over Miller.

The 23rd-ranked Texans took care of their business, beating Victoria East on the road 56-41. Miller trailed the majority of the game and had a late rally fall short in a 55-53 loss to the Trojans.

The Gregory-Portland boys topped Laredo Cigarroa in a "win and get in" game 67-58 over in Laredo. G-P will be the four-seed out of District 29-5A and will face Ray in the first round.