Two thousand tickets were sold for Saturday's game in Laredo featuring the Sinton Pirates and the Calallen Wildcats. 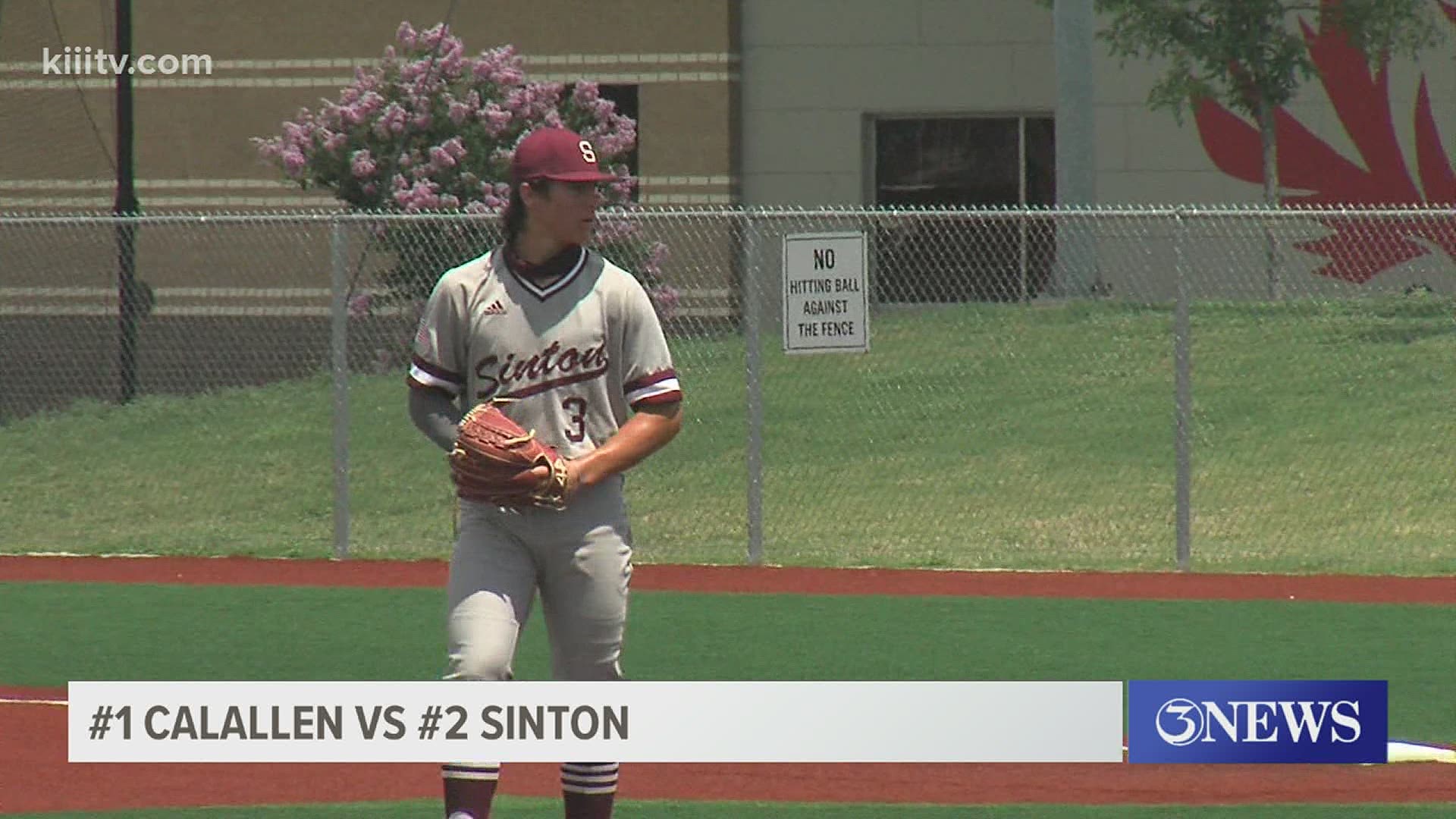 One of the most anticipated baseball matchups in the state was the Calallen Wildcats taking on the Sinton Pirates over in Laredo.

Sports Director Chris Thomasson is covering the game for 3News and it certainly did live up to the hype and build up.

It's not everyday that #1 and #2 play for the right to go to state in an all-Coastal Bend match-up (in Laredo), so here's an extended raw highlight of #2 Sinton's epic 2-1 win over #1 Calallen in eight innings.

The rain delaying this game by two days. This game was scoreless until the third when Calallen breaks through on a two out RBI single by Ernest Valverde.

We had a brand-new ballgame when Sinton scored in the top of the 6th after a Calallen error following a Rylan Galvan triple and then tied at one Sinton's Canon Chester hit a solo blast to right to put Sinton up by one.

The Sinton Pirates would indeed hold on to that lead to get the next three outs and a trip to the state 4A baseball tournament.