G-P opens the season ranked #10 in the 5A coaches poll. 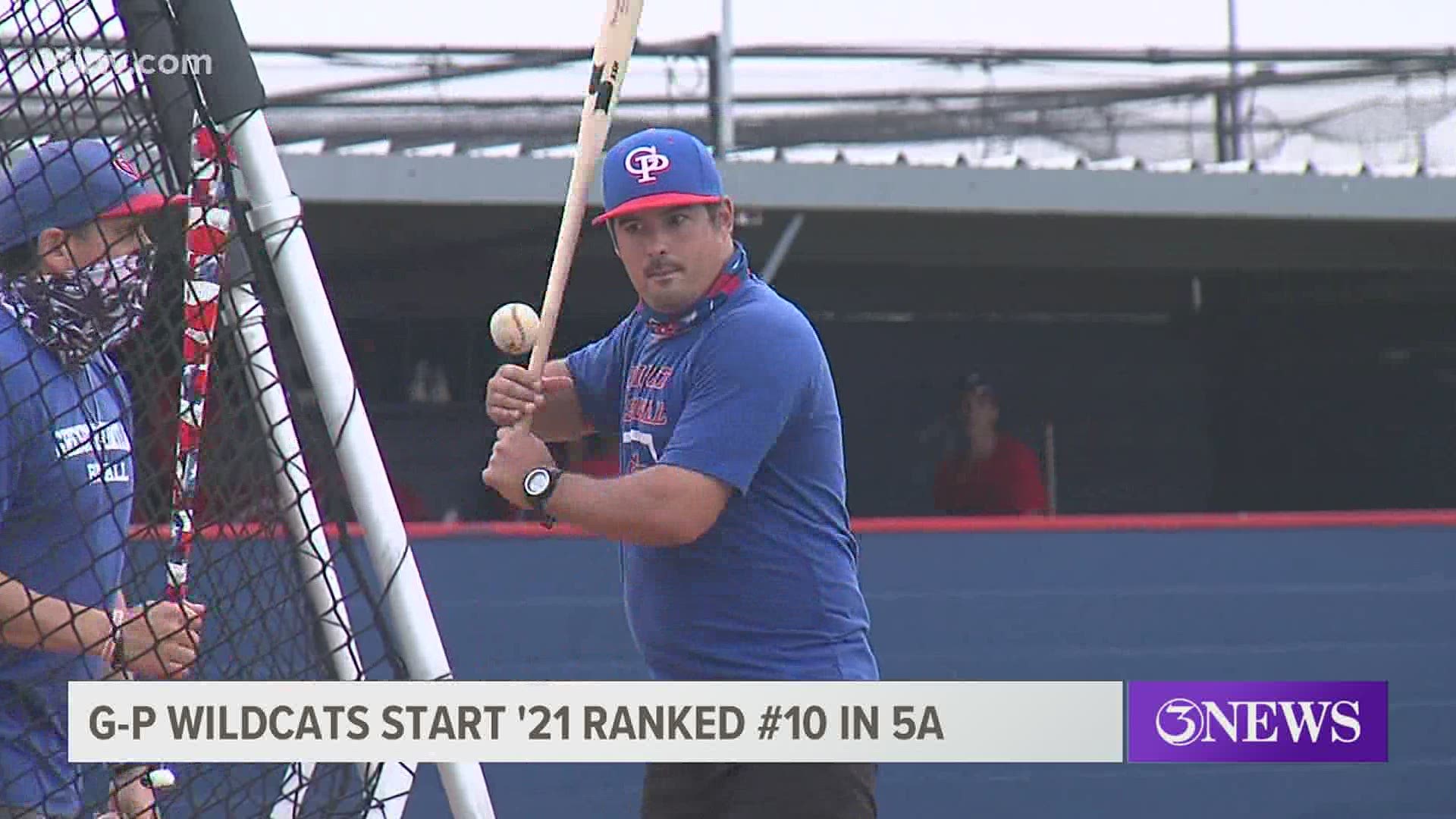 PORTLAND, Texas — The Gregory-Portland Wildcats might have lost some rivals heading into 2021, but they made the jump into an arguably tougher district.

G-P opens the season ranked #10 in the Class 5A coaches poll as the Wildcats sport a a stout pitching rotation. Malachi Lott (Houston), Walker Janek (Sam Houston St.) and Braeden Talamantez (Texas A&M International) are all headed to play at the college level next year.

The Wildcats look to compete for a district title with the likes of top-ranked Veterans Memorial. G-P opens the season on Monday, February 22nd with a big game in 29-5A against the Moody Trojans.