The Eagles' bats exploded late in an 8-2 win in late night action at Cabaniss. 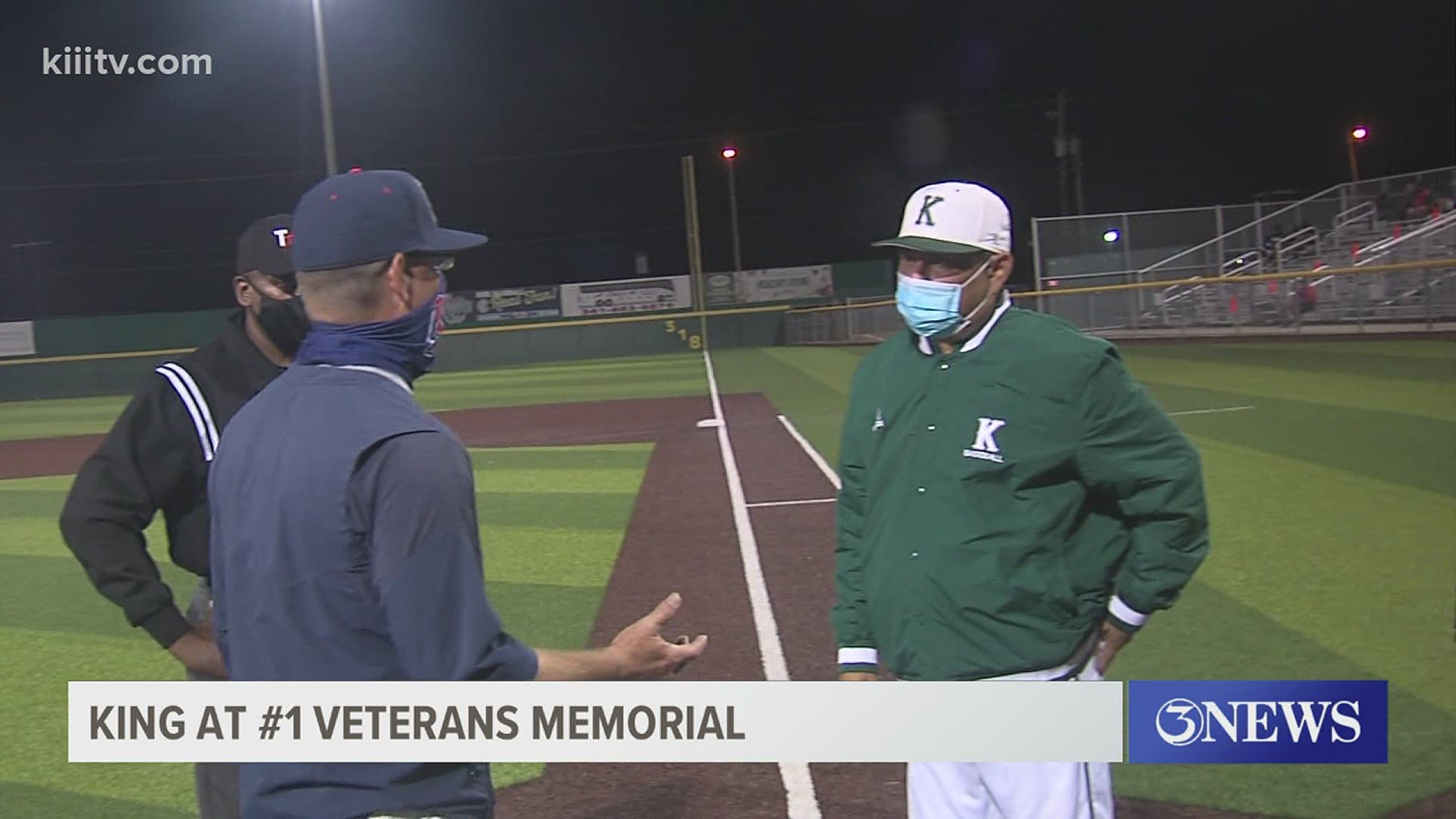 CORPUS CHRISTI, Texas — It took awhile, but the top-ranked Veterans Memorial Eagles finally pushed some runs across the plate in an 8-2 late night win over the rival King Mustangs Tuesday in the season opener for both teams at Cabaniss.

The Eagles took a 1-0 lead into the fifth inning before scoring seven times in the frame courtesy in part of a King error and some walked-in runs.