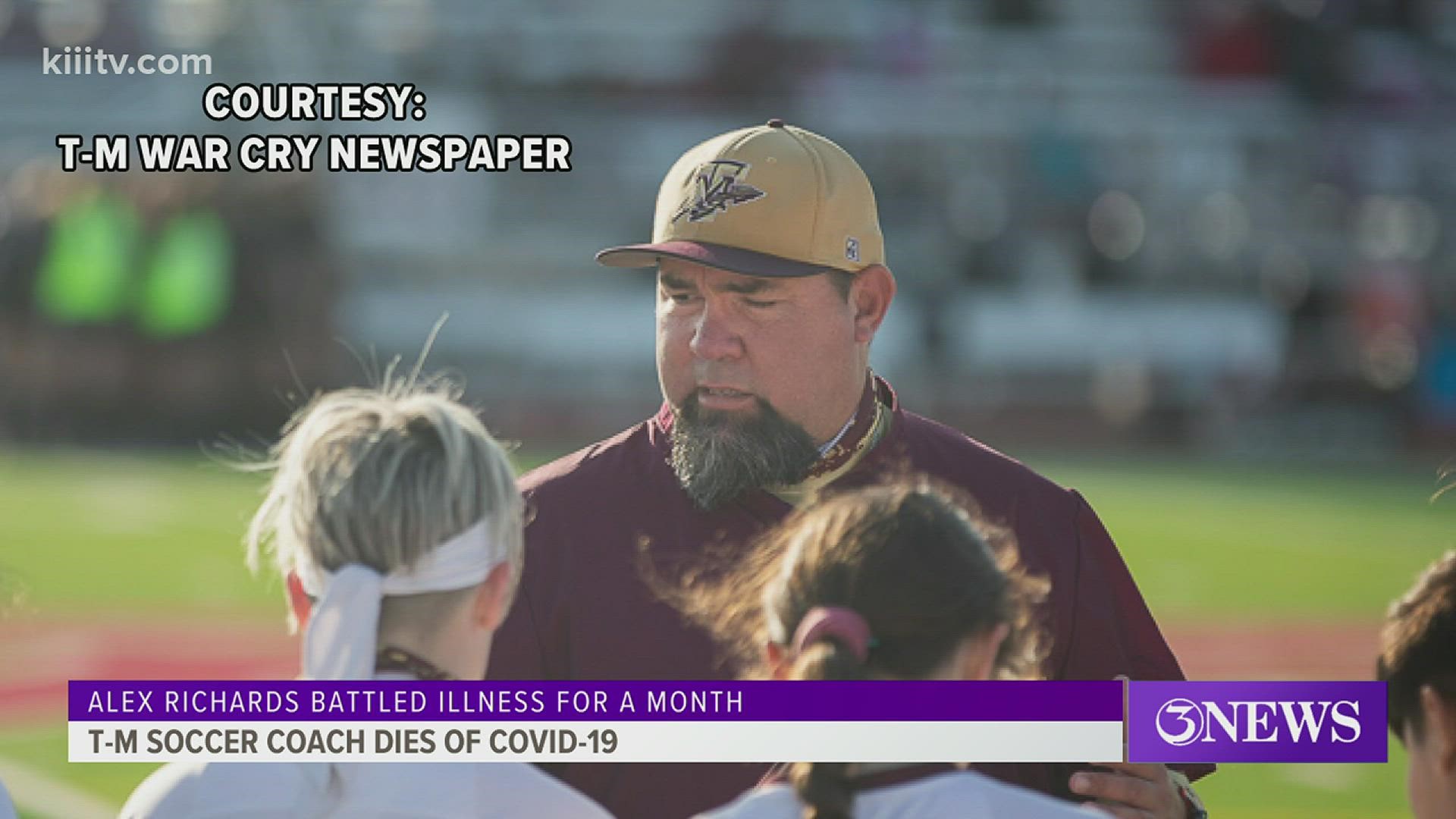 3News has confirmed that Tuloso-Midway girls soccer and assistant football coach Alex Richards has passed away from COVID-19.

Richards just turned 45-years-old earlier this month. He was also a social studies teacher in the district. Current and former players had been passing along well wishes for him on social media in the month leading up to his passing.

TMISD said in a statement: As a Warrior family, united as one, we would like to express condolences to the love of his life, Stacie Figuerora, his family, the entire staff and students at the Academic Career Center, the entire coaching staff and football players and to the present and past Girls' Soccer Team.

Tuloso-Midway ISD passed along the following statement on Coach Richards's passing this morning.

Posted by Chris Thomasson at KIII 3News on Tuesday, September 21, 2021