The Eagles and Wildcats split the season series after Vets' win Tuesday. 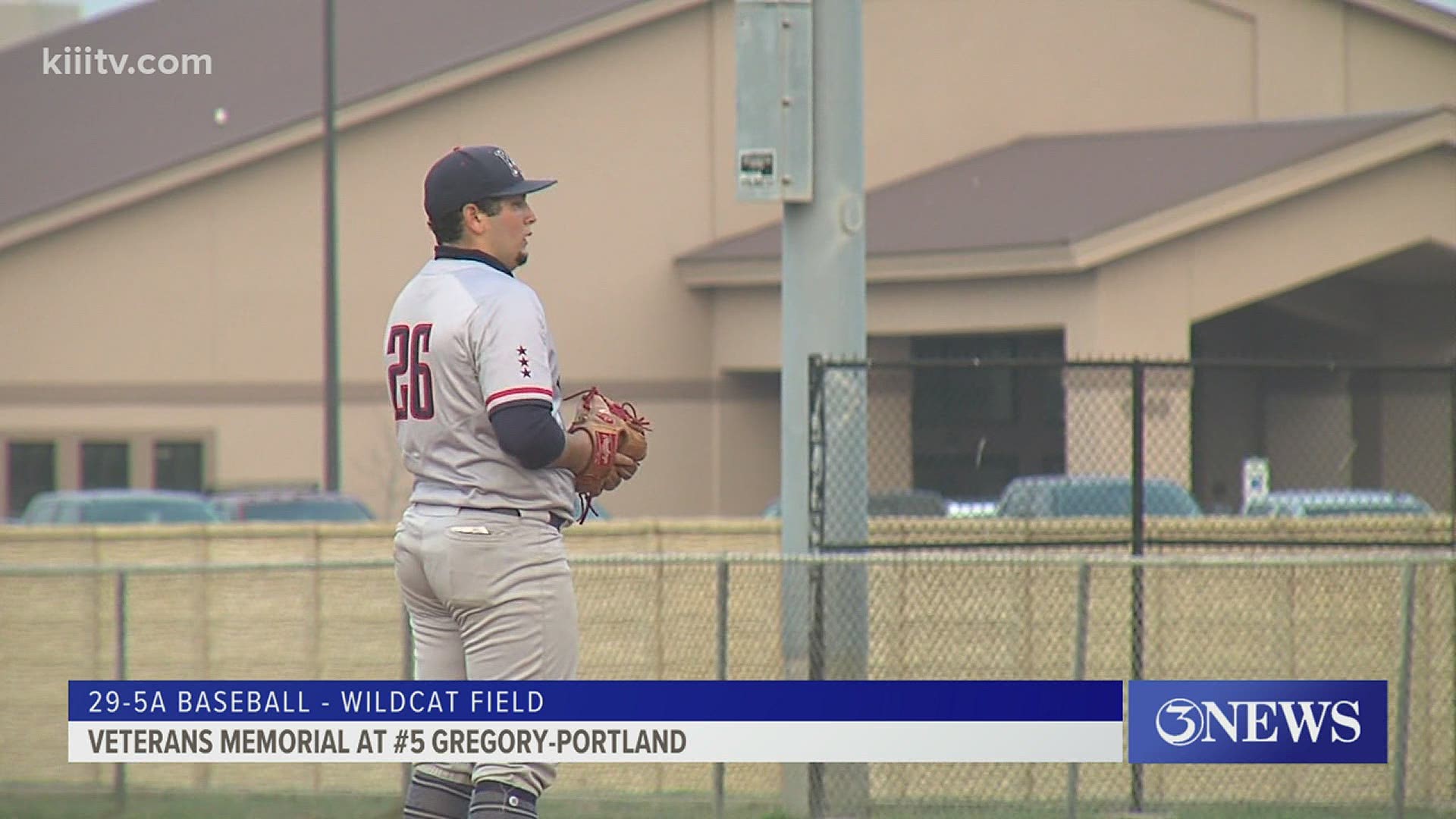 PORTLAND, Texas — The Veterans Memorial Eagles won the battle of former #1 teams Tuesday with a 2-0 road win over Gregory-Portland.

The two teams are now tied atop the 29-5A standings and split the season series.

It’s not the exact dynamic everyone was expecting in round two between #5 Gregory-Portland and Veterans Memorial, two former top-ranked teams in 5A that are both coming off upsets.

But it’s still a first place battle up in Portland in District 29-5A.@kiii3sports #3SportsBlitz pic.twitter.com/3flo9nsEvX