Houston coached in the district for 32 years before passing away last May. 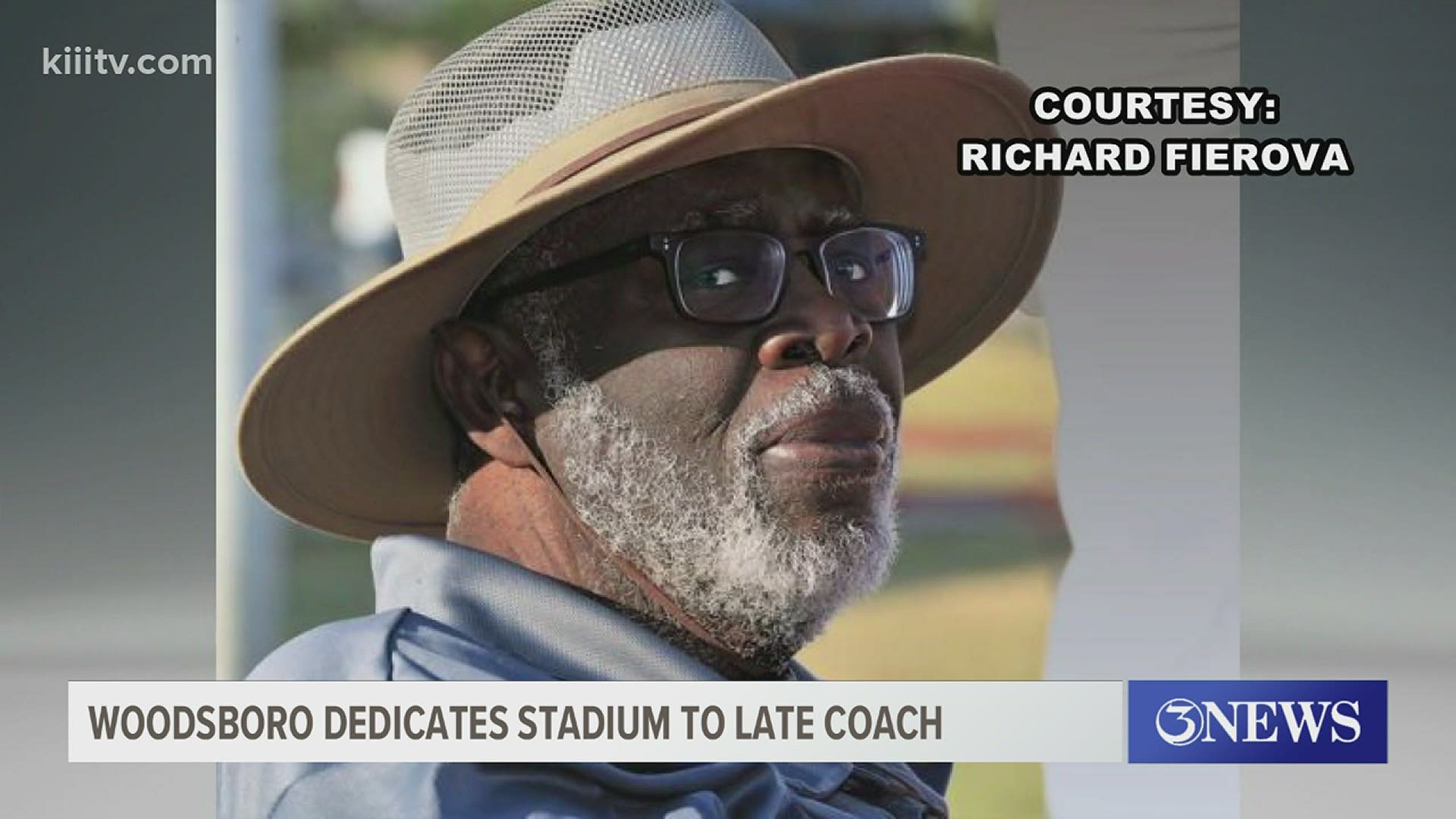 WOODSBORO, Texas — Coach Aaron Houston was a South Texas staple in the coaching community for several decades and Wednesday his memory was honored in Woodsboro with a stadium dedication in his name.

Houston passed away from health complications last year, devastating the Woodsboro community that he had taught and coached in for 32 years. The Woodsboro ISD school board voted last June to rename the football and track stadium the "Coach Aaron Houston Stadium," but were unable to hold the dedication ceremony until now due to COVID-19.

Houston was inducted into the Coastal Bend Coaches Association back in 2014.