Amarillo dominant in sweep of IceRays

Corpus Christi got as close as a 1-1 tie before the Bulls exploded for the next four goals. 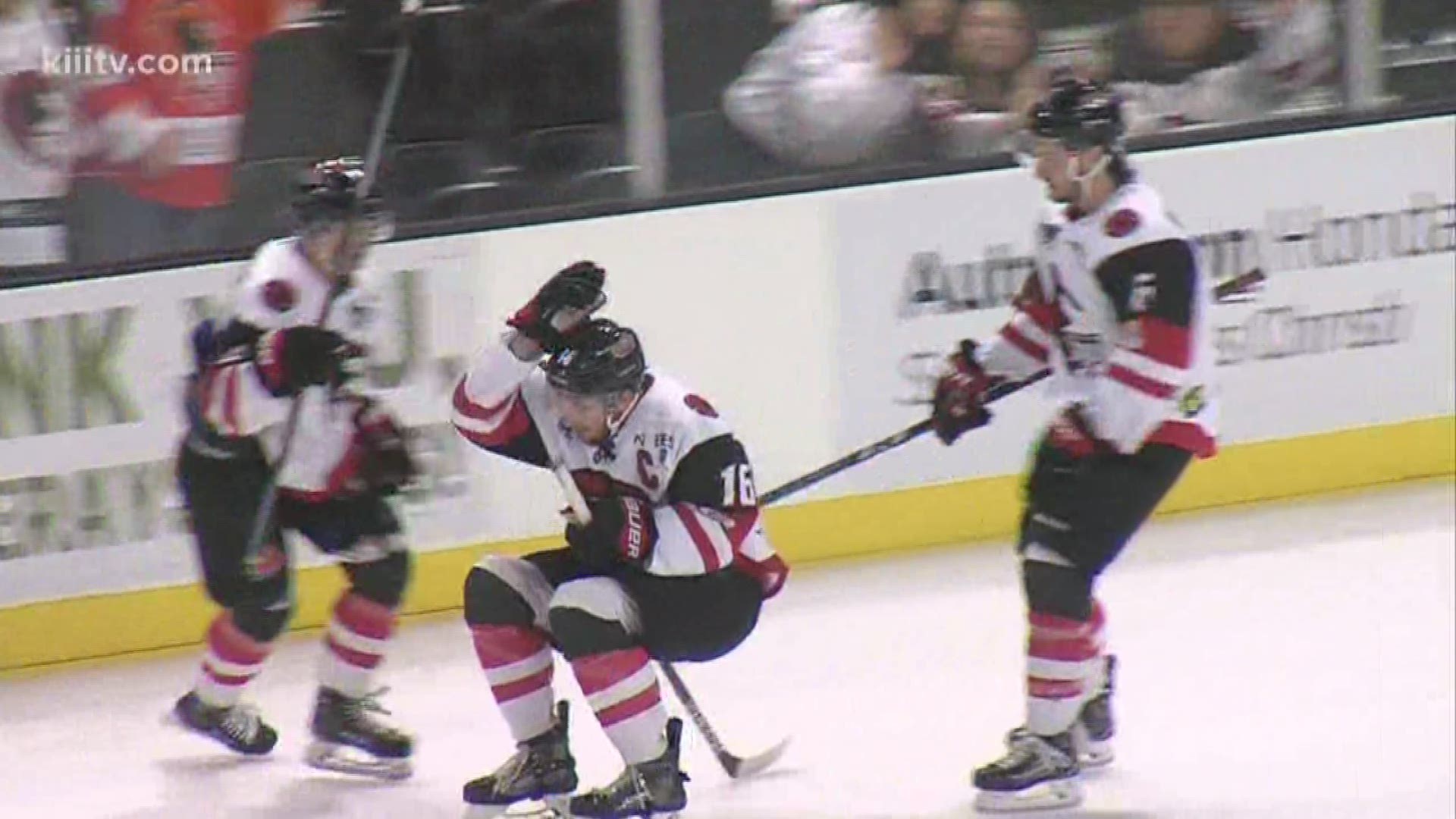 The first-place Bulls (30-5-2-2, 64 pts.) became the first team in the South Division to reach 30 wins this season and still have just one regulation road loss all season.

Willets opened the scoring with a wrist shot from the right point on the power play at 6:51 of the first period. Less than three minutes later, Moore tied the game with a far-side shot past goaltender Justin Evenson’s blocker for an unassisted goal.

In the second period, Fensterstock scored on an odd-man rush (11:58), and Carlin went five-hole for his first career NAHL goal during 4-on-4 action (17:38) as the Bulls carried a 3-1 lead into the second intermission.

Jenuwine picked up his NAHL-leading 35th goal of the season 5:42 into the third period, then Helsen capped the scoring with a 4-on-3 goal at 10:26.

The teams finished tied in shots on goal with 28 each. Amarillo’s power play went 2-for-6, while its penalty kill went 7-for-7 to finish a perfect 12-for-12 on the weekend.

Both Corpus Christi (141) and Amarillo (118) set new single-game team highs for penalty minutes in the 2018-19 season as the 60-minute contest saw a combined 259 penalty minutes dished out through 35 combined infractions.

Next up for the IceRays is the team’s first trip to Alaska since Oct. 13, as Corpus Christi will visit the Fairbanks Ice Dogs (Feb. 1-2) and Kenai River Brown Bears (Feb. 8-9) over the next two weeks. All four games begin at 10:30 PM CST (7:30 PM AKST) and will be carried live on Sportsradio Corpus Christi (1230 AM/95.1 FM/96.1 FM), HockeyTV and Mixlr with the pre-game show starting 15 minutes prior to faceoff. For more information, visit goicerays.com/broadcast.