Corpus Christi fell behind a couple goals early and couldn't rally, as Amarillo heads on to the second round. 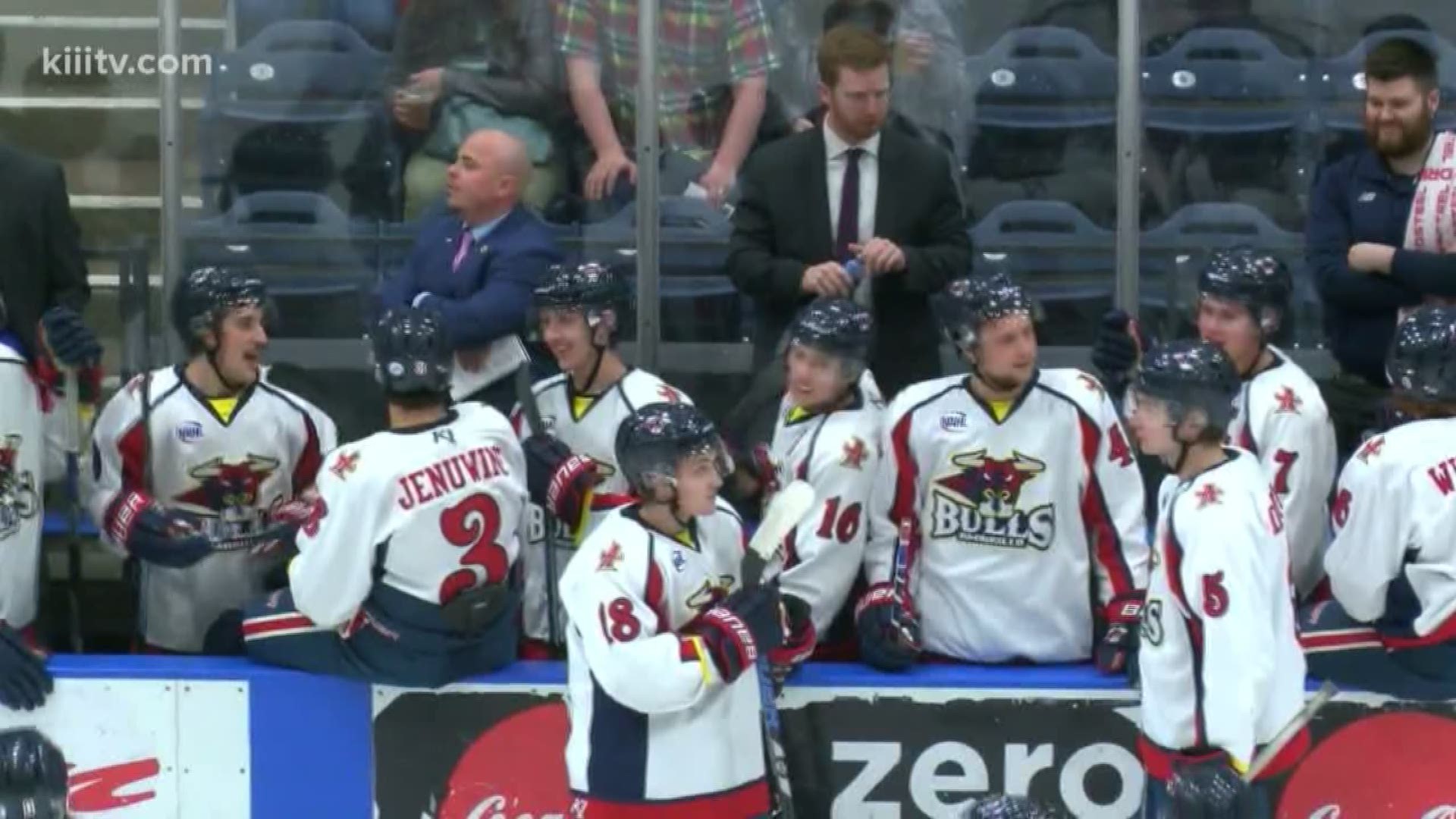 AMARILLO, Texas — The Corpus Christi IceRays couldn't protect their 2-0 series lead, falling to Amarillo in the fifth and final game 3-1 Monday night up in the panhandle.

The Bulls jumped out to an early 2-0 lead in the first period before the IceRays got on the board with a goal from Nikita Krivokrasov. But that was all Corpus Christi would get scoring wise as Amarillo would seal the game late with an empty net goal.

The IceRays' season comes to an end while Amarillo advances to the second round to face the winner of Shreveport and Lone Star. Those were were also in a deciding Game 5, one that went late into the night Monday.