The first-place Bulls grabbed an early lead and didn't let it go in a Saturday night win over Corpus Christi. 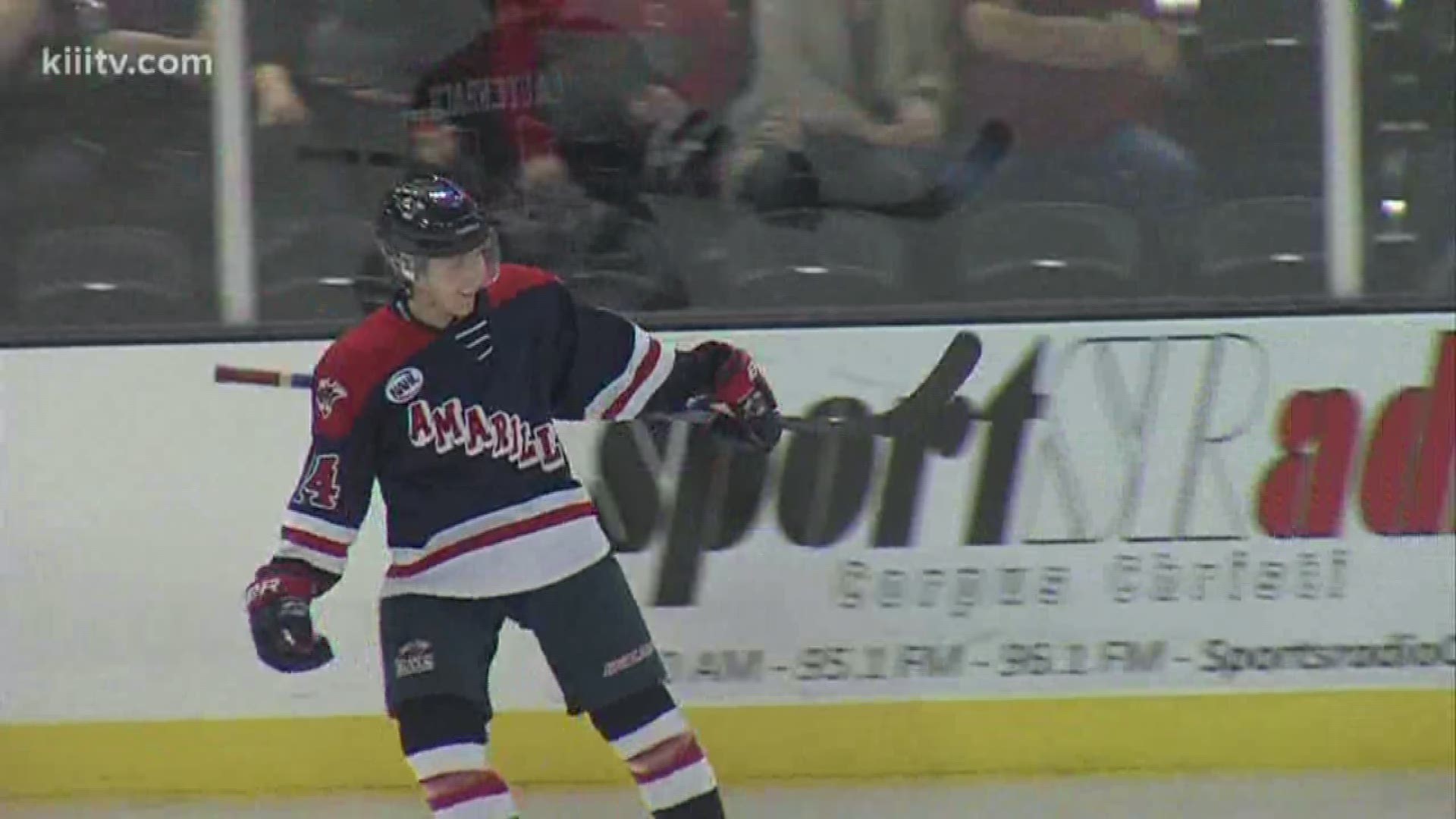 CORPUS CHRISTI, Texas — The IceRays gave up an early goal to first-place Amarillo and couldn't recover in a 3-1 loss to the Bulls Saturday.

Amarillio's Ryan Lautenbach put a goal past Corpus Christi goalie Keegan Karki in the first period despite being short-handed. The IceRays were never able to tie the game after that with Amarillo sealing the game late with an empty-net goal.

Corpus Christi will look to avoid the three-game sweep Sunday afternoon. The puck drops at 3:05 PM at the American Bank Center.