IceRays fall to Amarillo in overtime of Game 3

Corpus Christi overcame two separate deficits in regulation before the Bulls scored the winner in OT to notch their first win of the series. 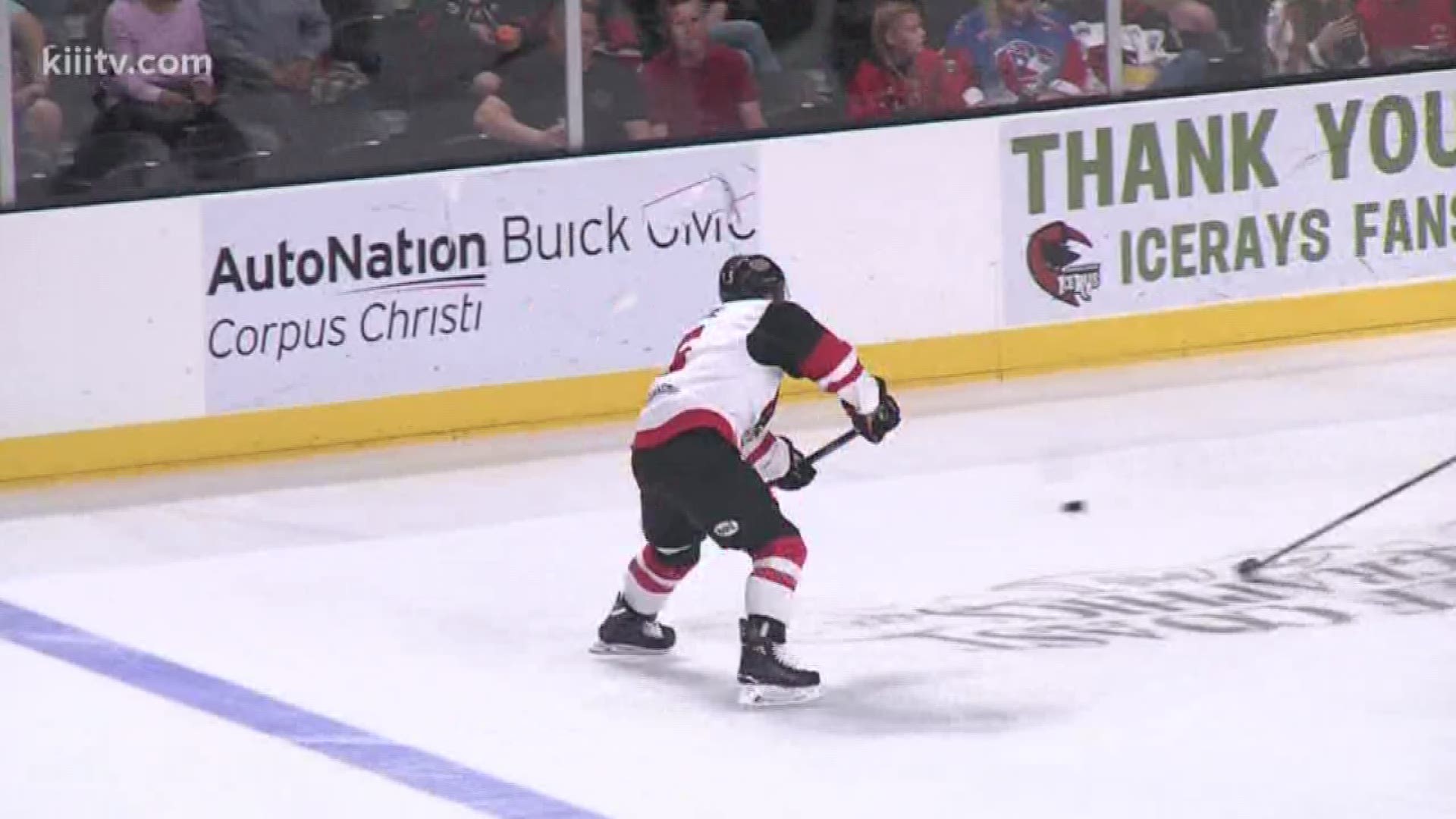 CORPUS CHRISTI, Texas — The Corpus Christi IceRays will have one more chance to close out top-seeded Amarillo at home after the Bulls secured a 4-3 win in overtime Thursday night at the American Bank Center.

Amarillo's Brett Abdelnour scored both the first goal of the night just minutes into the game, and then the final one of the night in the extra period to five the Bulls their first win of the series.

Corpus Christi now leads the best-of-five series 2-1 with Game 4 Friday night marking the final home of the season regardless of the outcome. If the IceRays lose, they head to Amarillo for a Game 5 Monday. With a win, Corpus Christi would play its second round home games at a location to be determined due to the Buc Days Rodeo being held at the American Bank Center.