The IceRays tied the game in the third period to force overtime and then a shootout, but fall in the shootout 4-3. 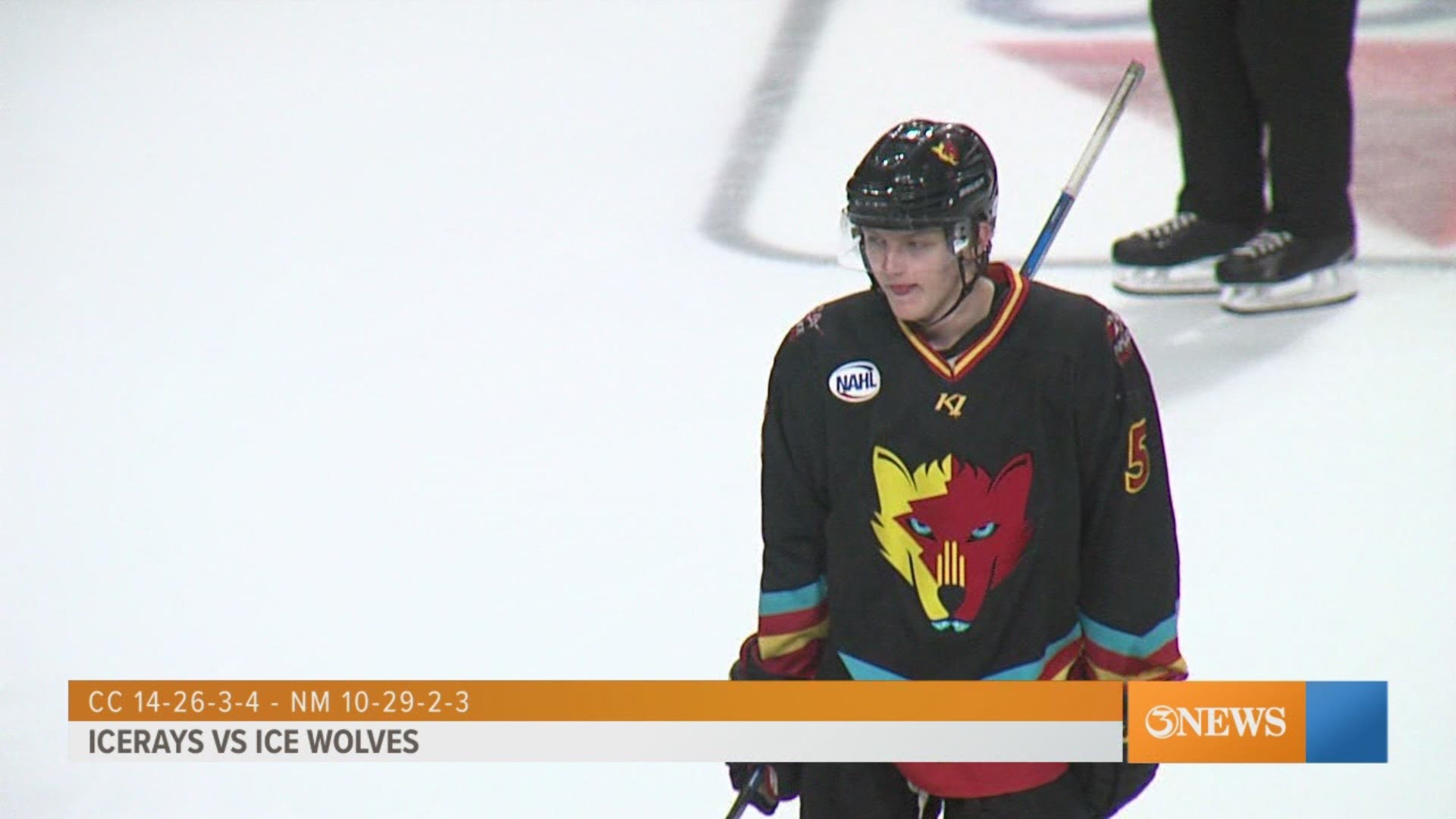 CORPUS CHRISTI, Texas — Similar to Friday’s game, the Corpus Christi IceRays tied Sunday’s game in the third period to force overtime and a shootout, but this time it was the New Mexico Ice Wolves picking up the victory via a 4-3 final at American Bank Center.

The shootout lasted just two rounds, with Griffen Sanom and Brandon Holt scoring for New Mexico (10-29-2-3, 25 pts.), and the IceRays (14-26-3-4, 35 pts.) were held off the board both rounds. Erik Bargholtz notched three assists for the IceRays and now leads the team with 16 helpers on the season.

Three of the first four games between these two teams, all played in Corpus Christi, have required a shootout. The season series will conclude with four games in Albuquerque next month (March 6-7 and 20-21).

Ryan Coughlin scored his IceRays-leading 13th goal of the season just 69 seconds into the game with a power-play goal past the blocker of New Mexico goaltender Garrett Mackay. Ice Wolves leading scored Alex Dominique then picked up his 10th goal of the season at 13:04, jamming the puck in from the top of the crease. Ethan Benz regained the lead for Corpus Christi at 18:21, but just under a minute later, New Mexico’s Michael McCosh scored to send the game to a 2-2 tie at the first intermission.

In the second period, Griffen Sanom, who assisted on both of the Ice Wolves’ goals in the first period, scored a power-play goal at 5:03 to give the visitors a 3-2 lead.

Evan Carroll tied the game with a power-play goal in the third period, sending in a rebound of a Coughlin shot at 7:51.

The IceRays were outshot 4-0 in overtime, including during a successful penalty kill that carried over from the end of regulation.

Next up for the IceRays is a trip to North Richland Hills, Texas, to face the Lone Star Brahmas on Friday and Saturday nights at 7:30 p.m. CT. The IceRays then host the Brahmas at American Bank Center the following weekend (Feb. 21-22) in two of Corpus Christi’s seven remaining home games in the 2019-20 NAHL regular season. The IceRays will wear special throwback jerseys for those home games against the Brahmas.