IceRays finish homestand with a loss to the Brahmas 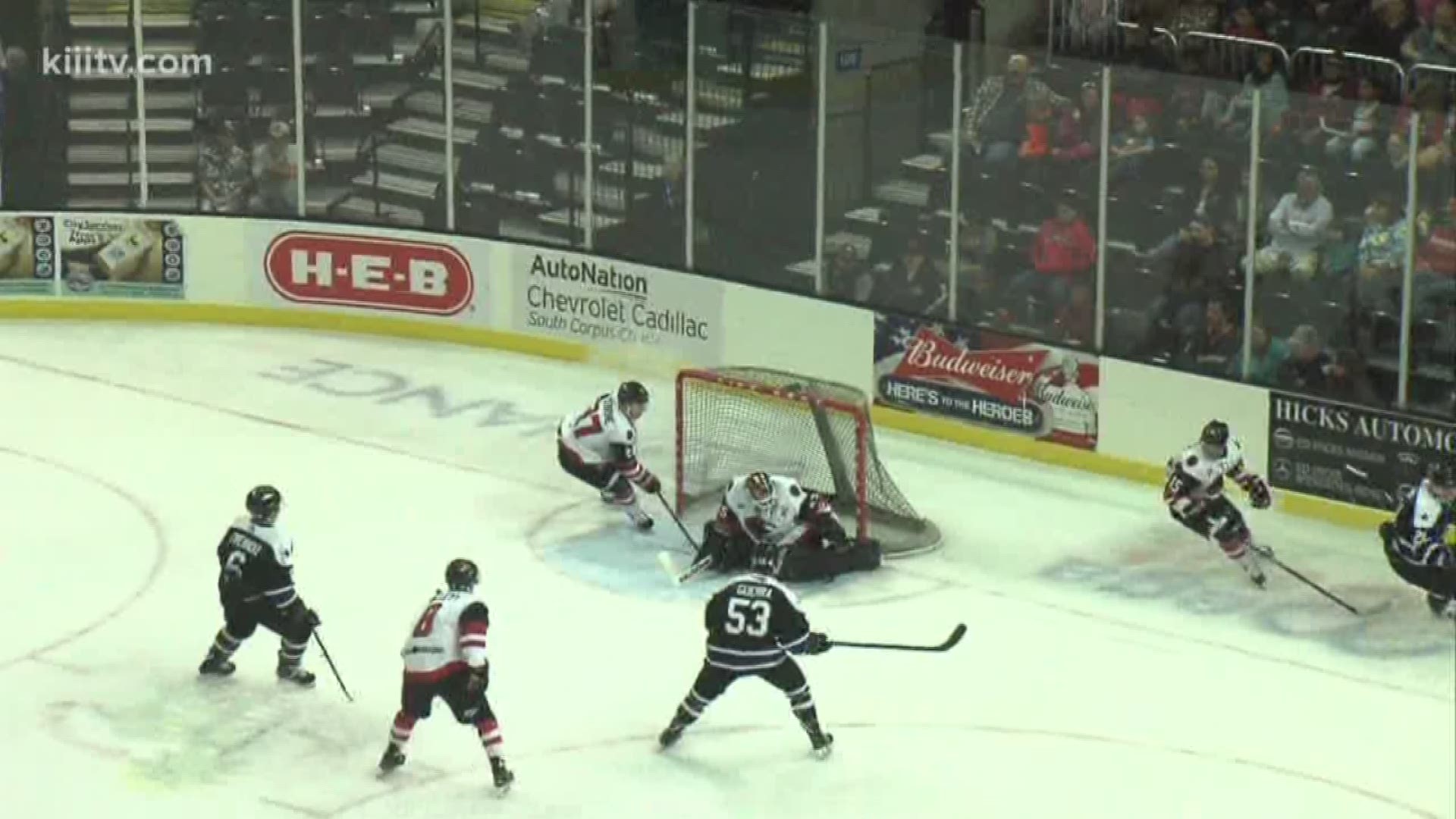 All three of the game’s goals were scored in a span of 11 minutes in the second period. Andrew DeCarlo started things for the Brahmas with a blocker-side goal at 4:39. Daskas’ game-winning goal came off a give-and-go with Blake Evennou at 11:37, putting the Brahmas up 2-0.

Seitz cut the deficit in half with a shot from the top of the right circle at 15:32. The goal was Corpus Christi’s first scored on the power play in November. Kyle Moore registered his fifth power-play assist of the season. Aleksi Peltonen recorded the secondary helper for his third assist of the weekend.

Blake Bennett came close to tying the game at the end of the second period, but his backhand shot past Eisele’s glove was ruled to cross the goal line after the buzzer.

The IceRays outshot the Brahmas 12-2 in the third period but were unable to find the equalizing tally.

Next up for the IceRays is a three-game Thanksgiving week road trip, starting with a Wednesday, Nov. 21 visit to the Odessa Jackalopes at 7:11 PM. The IceRays will then travel to North Richland Hills for Nov. 23-24 games at the Brahmas. All three games will be carried live on Sportsradio Corpus Christi and HockeyTV. In total, the IceRays will be on the road for 13 of their next 15 games, with the lone home games in that stretch coming Dec. 7-8 against Odessa.