IceRays season comes to an end with loss in Shreveport

The IceRays dropped game 5 of their playoff series with the Mudbugs 2-1. The loss ends the IceRays season. 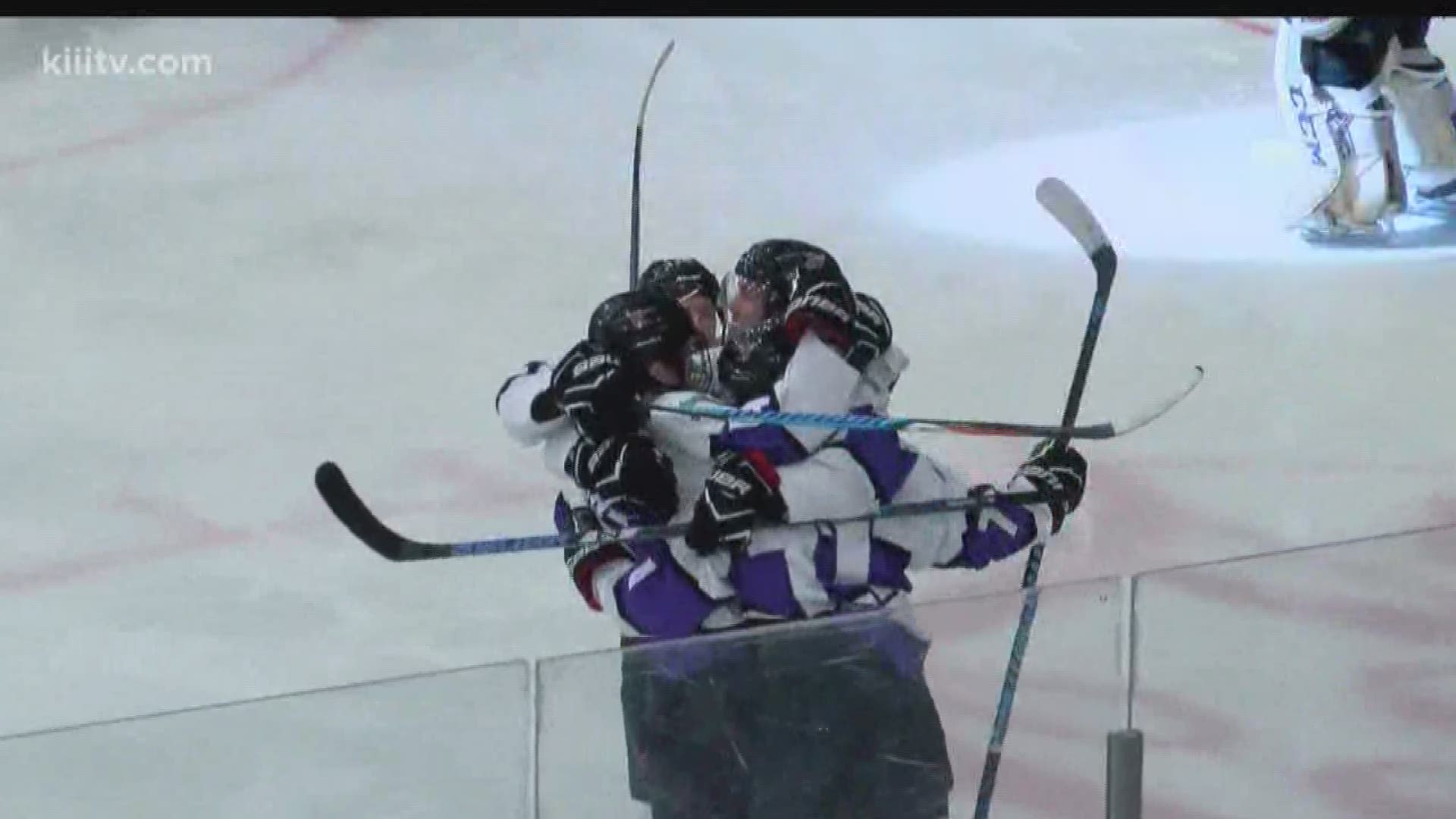 SHREVEPORT (CC IceRays) — In a must-win Game Five at George’s Pond on Sunday night, the IceRays could not overcome a late deficit and fell 2-1 to the Shreveport Mudbugs.

Shreveport had a buzz at the start of the game, returning to a building in which they’d won both games in the series. The Mudbugs generated a handful of opportunities to draw first blood, the best of which came from Jacob Holmers. He jolted down the left wing, gaining a step on the IceRays’ defensemen and firing a wrist shot on goal, but Chad Veltri made the save between his pads.

The IceRays had a late opportunity on the power play to light the lamp, but Shreveport’s penalty killers kept the game scoreless. Just 20 seconds after the penalty had been fought off, Larry Jungwirth spotted a loose puck near the inner hashmarks of the left circle. He put the puck onto his backhand and shoveled it past Jaxon Castor before the Shreveport goaltender could react. The Rays entered the first intermission with a 1-0 advantage.

In Game Four, the Mudbugs managed to seize control in the second period and come away with the lone goal. They were able to do the same on Sunday night. At 3:23, Cam Cook found the puck on his stick right in front of Veltri. The IceRays’ netminder was able to make a couple of point-blank saves, but Cook eventually buried the rebound past him to put Shreveport on the board.

In an attempt to answer, Jungwirth and Grayson Gavin scissored into the attacking zone. Jungwirth left the puck for Gavin, who fired a quick wrist shot which Castor fought off with his glove. Seconds later, Veltri made a critical save on a wraparound attempt by Ryan Burnett.

Period three did not yield many opportunities for the IceRays, who were heavily outshot by the Mudbugs. Castor was able to stand his ground and keep the game tied. Eventually, Shreveport was able to crack Veltri.

At 45:32, Derek Contessa snapped a shot from the top of the left circle which was blocked in the slot. Burnett scooped it up and spun it back on net, beating Veltri and giving the Mudbugs their first lead of the game.

Veltri had a game for the ages, making 46 of a possible 48 saves. Castor stopped 17 of 18. The IceRays would like to extend their heartfelt thanks to everyone who made our 20th anniversary season possible. Updates regarding next season will be posted on the IceRays’ website, as well as on their Facebook, Twitter, and Instagram pages. An end-of-the-year party is being planned for players, staff, billets, and season ticket holders sometime early this week. The time and date will be announced shortly.