Texans representing the Lone Star state on the Ice

"Definitely having some limited ice and ice available in Texas, it was pretty hard to find ice time when I was younger" 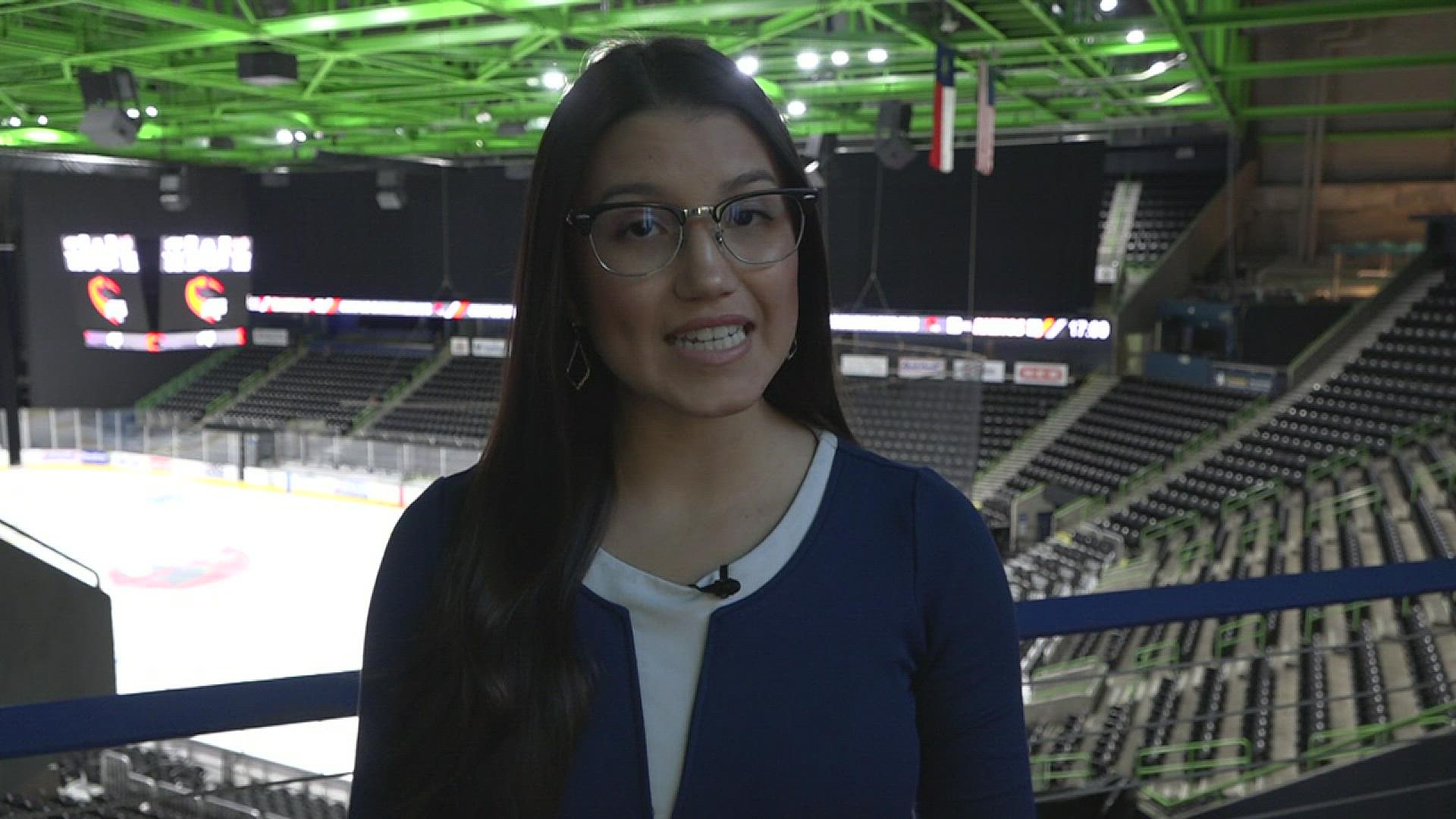 CORPUS CHRISTI, Texas — You won't find many hockey teams in Texas. You won't find any south of Corpus Christi. That's why two Texas natives playing for the Ice Rays are making a name for themselves come this season.

"Definitely having some limited ice and ice available in Texas, it was pretty hard to find ice time when I was younger and find other players as well," said Nathan Butler, right wing for the Ice Rays and Texas Native.

When you think of sports that dominate in Texas, some folks might think of every other sport before they think of hockey.

"Living up in Dallas, football was really big so I tried getting into that," said Cole Helm, right wing for the Ice Rays and Texas Native

There are fewer than ten hockey organizations in all of Texas, and the lone star state is literally one of the biggest states in the U.S so for Nathan and Cole, it's nice hitting the ice in their own Texas backyard.

"In this league, in the North American Hockey League, there's teams all over the country, all the way up to Alaska and so it's really cool that I get the opportunity to play down here in Corpus," said Cole.

They hope people in the Coastal Bend love watching Ice Ray Hockey as much as they love playing it.

"Hockey is kind of put in football shadow down here, and so people think that no one really knows about it and so once you come to your first game, you're going to be hooked," he added.

The team just started their season in November and will play through April.

Texans representing the Lone Star state on the Ice