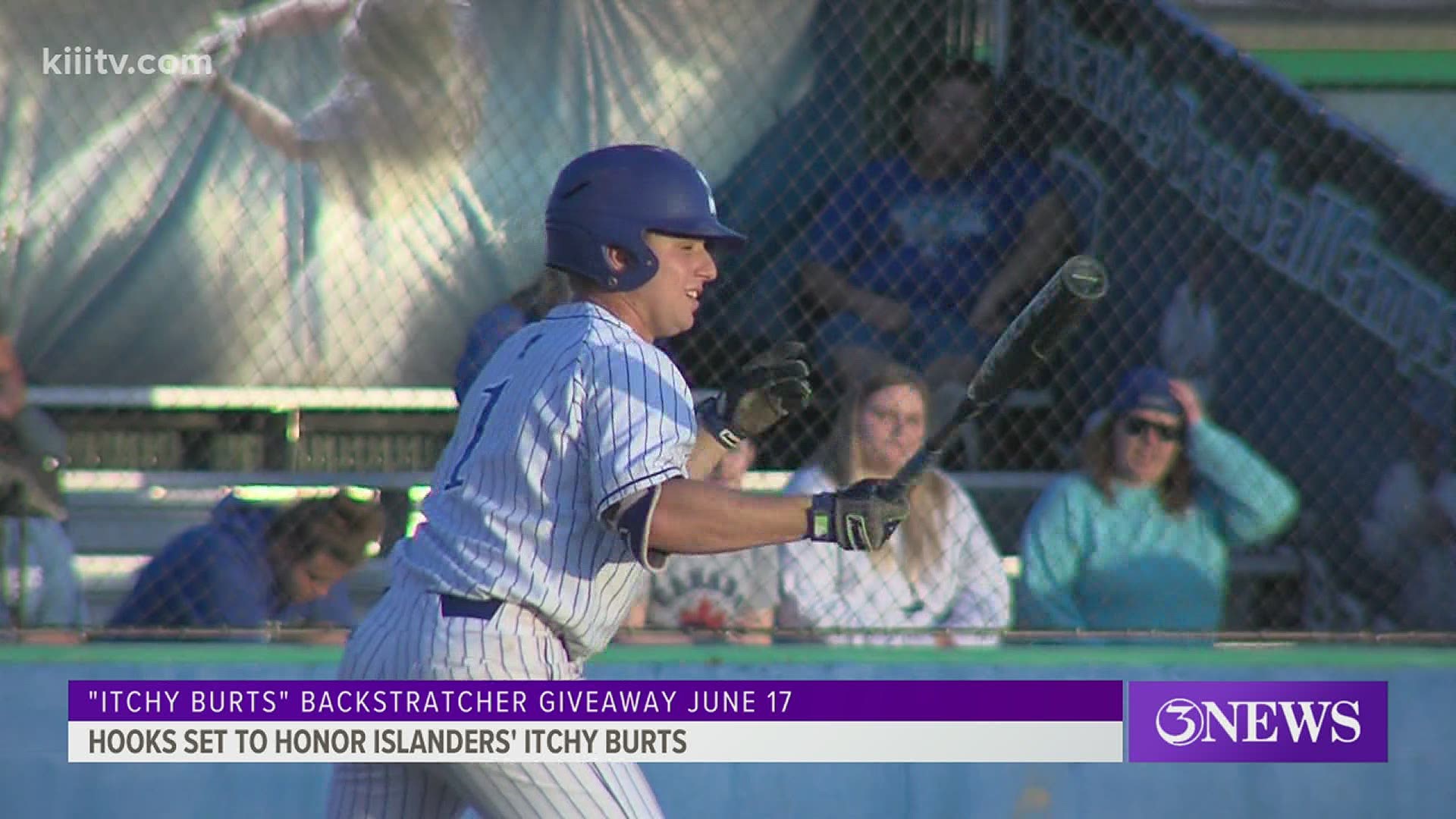 CORPUS CHRISTI, Texas — The Hooks have an itch they need to scratch, and it’s to celebrate the collegiate career and legacy of Itchy Burts, Baseball America’s four-time "Best Name in College Baseball."

“It’s a name you could pull out of a book of Mad Libs, but Itchy Burts is a very real person who was a leader on and off the field for the Texas A&M-Corpus Christi Islanders baseball team the past five years,” Hooks General Manager Brady Ballard said. “When we saw Itchy earned ‘Best Name in College Baseball’ for the fourth consecutive year, graduating as the only person to hold the title from Baseball America, we knew we had to celebrate his accomplishments.”

The Hooks will honor Itchy Burts at Whataburger Field on Thursday, June 17, a doubleheader against the Frisco RoughRiders beginning at 4:05 p.m.

The versatile utility man, a League City native, recently wrapped up his playing career, earning three-time First Team All-Southland honors and finishing with a .324 batting average. He’s no stranger to Whataburger Field either, hitting .277 with five RBIs in 16 career games from 2017-’21 at the Ballpark by the Bay.

But perhaps his crowning achievement is being the only winner of BA’s “Best Name” – four times over.

“Itchy Burts is a college baseball unicorn,” said JJ Cooper, Executive Editor of Baseball America. “He hasn't just had the best name in the sport four years running, but he's also been the engine that drives the Texas A&M-Corpus Christi lineup for nearly as long. Congratulations to a one-of-a-kind player for a fantastic career.”

Burts, who earned a Bachelor of Science in Mechanical Engineering and a Master’s in Business Administration, will be honored with an on-field ceremony between the first and second games and will be invited to participate in on-field activities during the second game.