Injury tents to be placed on CCISD football game sidelines

The tents allow athletic trainers or first responders to treat an athlete without a crowd watching. 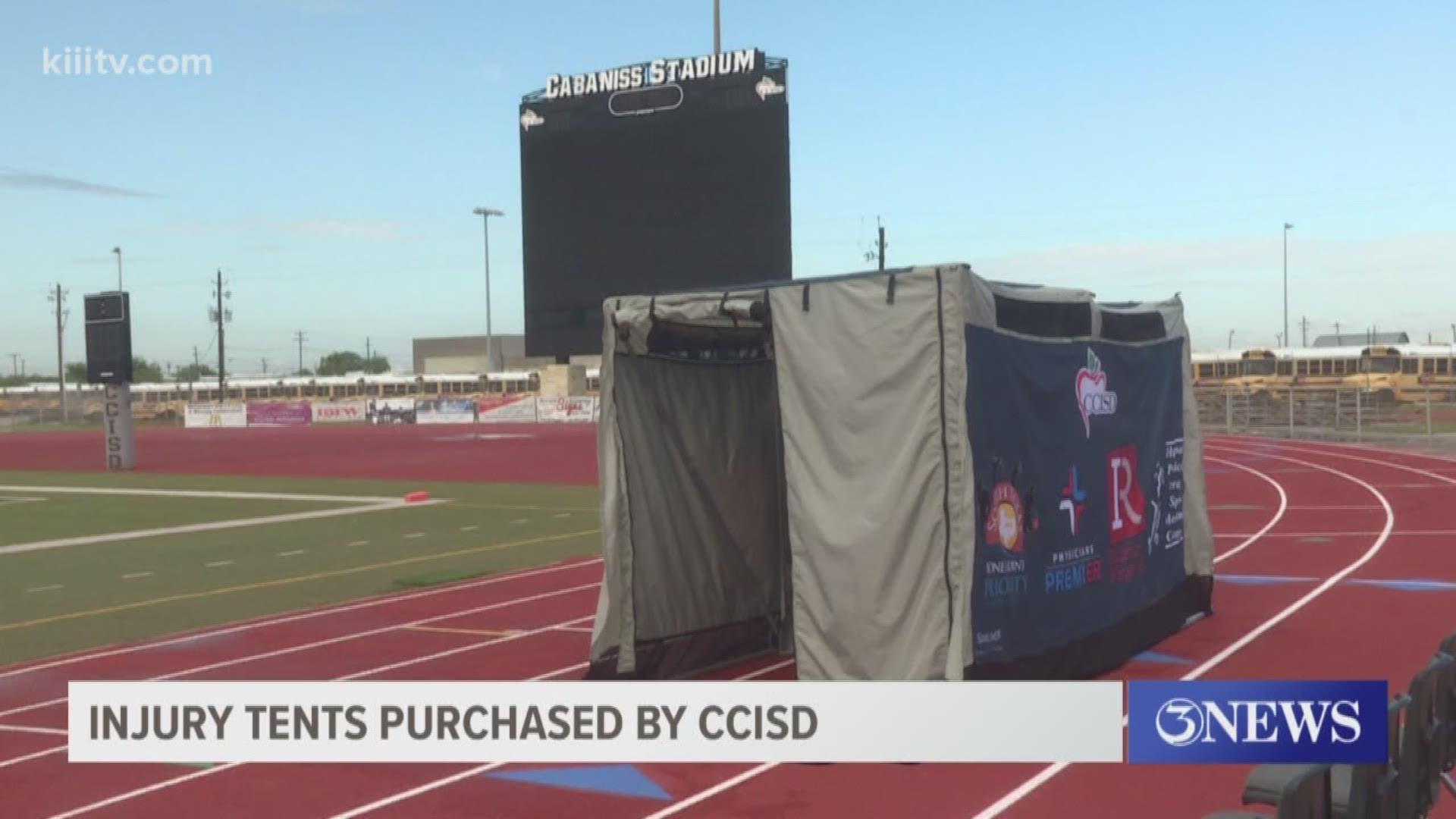 CORPUS CHRISTI, Texas — You may spot something new on the sidelines during CCISD football games -- a pop-up tent that's used in college and NFL games.

Four 'injury tents' were recently purchased to put on the sidelines at games, in case a player is injured.

Not only is it a controlled environment for responders to provide care, but it also blocks out bright lights, noise, and people who are watching from the stands.

"Being able to see them in that controlled environment and really be able to diagnose well.Make sure nothing more serious is going on is an important process," sports physician Dr. Scott Easley said.

Many sponsors helped make the tents possible for football games, like the Physician's ER.

According to Dr. Martin Grieme, their school's athletic trainers will be on standby with first aid kits to use the tents if needed.

"They know different sports injuries. They know how to keep things splinted. They know kinda how to perceive if it's an injury that needs to be evaluated further," Grieme said.

The doctors said the tents are also crucial if professionals suspect a player has a concussion or an especially graphic injury. It will help medical professionals minimize further injury, as well.

The tents will make their debut at Cabaniss Stadium under the Friday night lights.