J.J. Watt put on active roster ahead of Saturday's showdown with Buffalo

The Houston Texans' star defensive lineman will be ready to go Saturday against the Bills at NRG. 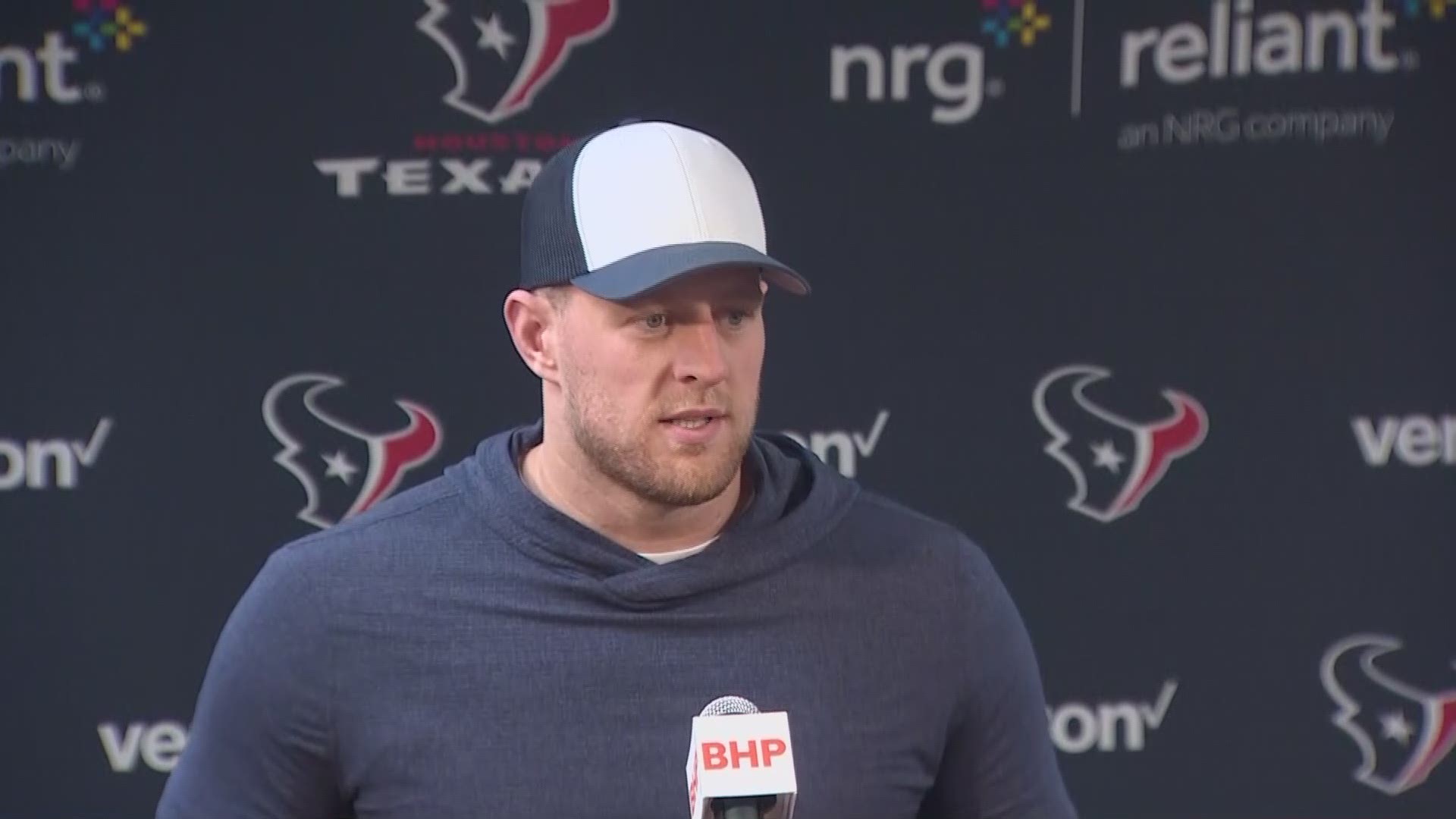 It's now official.  J.J. Watt has been taken off the injured/reserve list and activated by the Houston Texans, just days before the team's Wild Card playoff game against Buffalo.

Watt had been out since Oct. 27 after tearing a pectoral muscle, an injury which required surgery.

We knew Watt was going to be placed on the active roster earlier this month.  Today's move just makes it official.

Earlier this month, Watt had said the rehab has gone smoothly and he's worked hard.

To make room on the roster, Houston placed S Tashaun Gipson Sr. on the Reserve/Injured list.

RELATED: Texans will host Bills in Wild Card round of 2019 playoffs