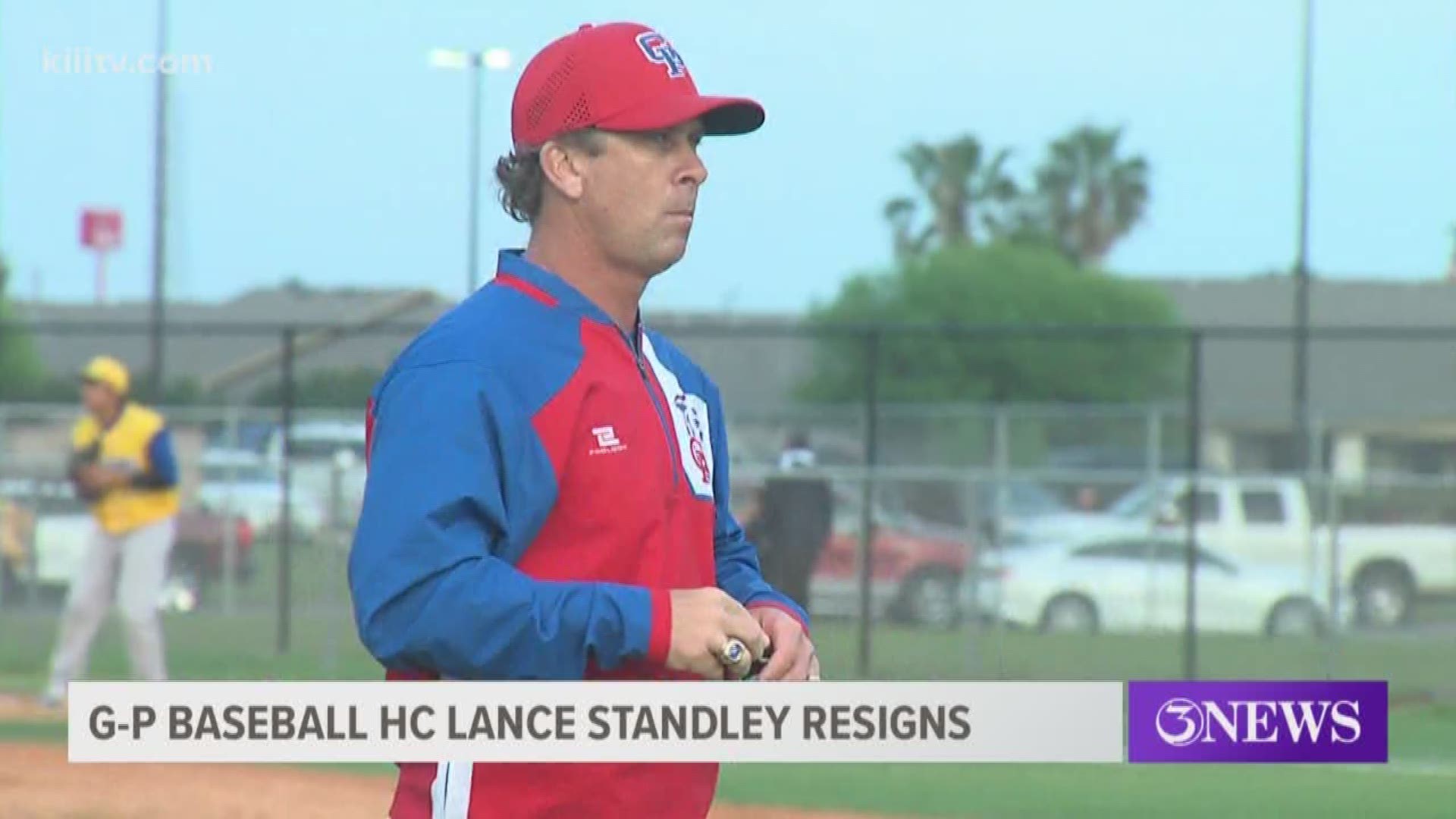 CORPUS CHRISTI, Texas — Just a few week's after Gregory-Portland's board of trustee's voted to renew baseball head coach Lance Standley's contract during a special meeting, Standley has resigned to take the same position at Pleasanton high school. We were able to confirm via text message with Standley of the move. The meeting to renew his contract back in May was due to a grievance filed by a parent against Standley. In the end, the board of trustee's ruled on renewing his contract, but that all is a mute point now as Standley is headed to take over as the Eagles head coach and attempt turn a program around that finished 2019 with a losing record.

On if the grievance and special meeting from GP ISD's board of trustee's had any role in his decision Standley said via text message "obviously, on some level, it affects where we are today. But, this was a difficult decision; at times I agonized over it. However, now the time has come to move on."...

Standley also went on to say that this was the best decision for him and his family. Adding that he is proud of what he and the kids at Gregory-Portland accomplished over the past 3 years on the field and in the classroom.

The Wildcats are coming off a historic season in 2019, settings a program record for wins and made a trip to the area round of the 5A playoffs. Gregory-Portland finished the season 30-4.