Chris Thomasson will have highlights from the game tonight on 3News. 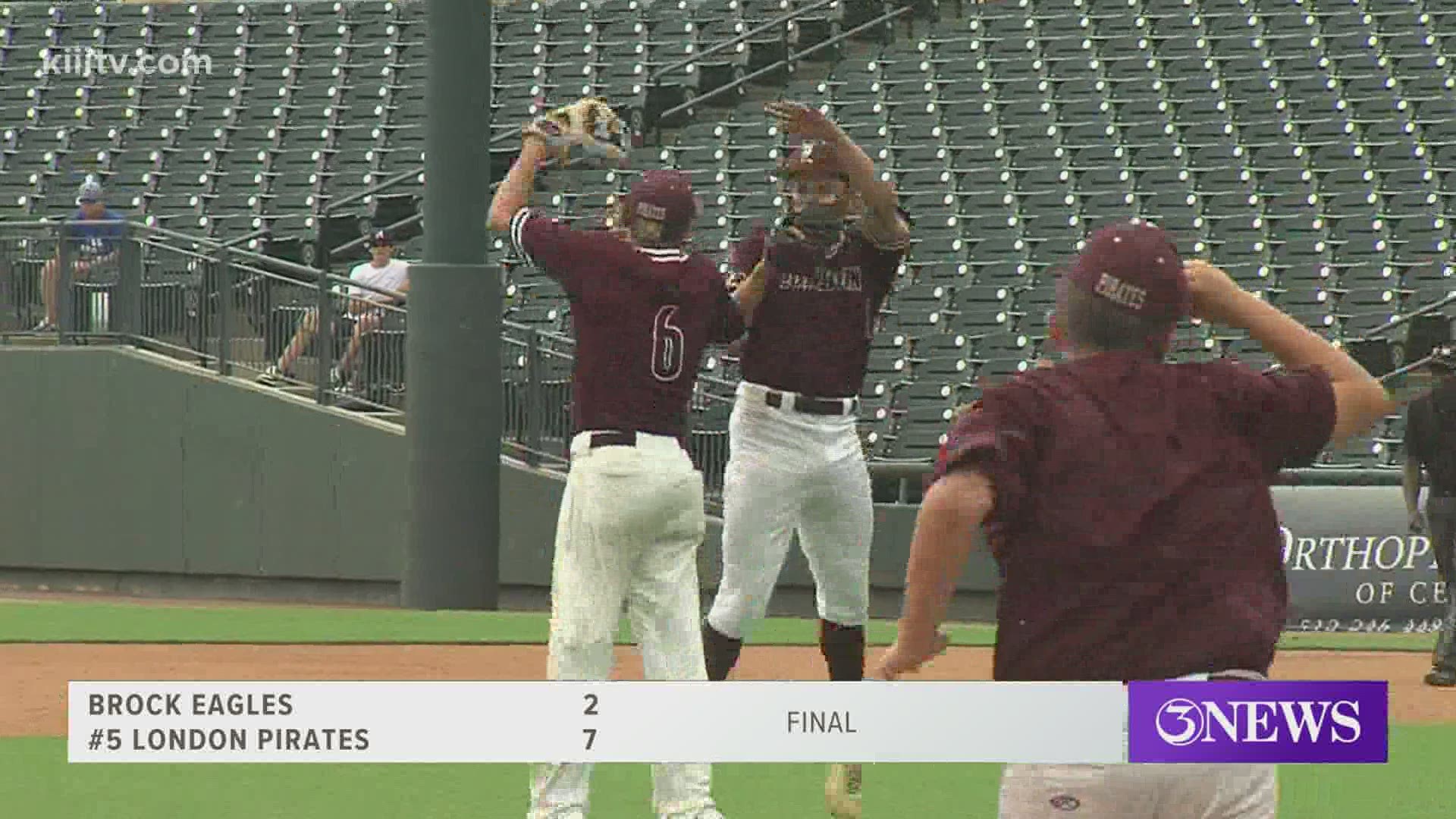 ROUND ROCK, Texas — The London Pirates are going to the State Finals!

The Pirates defeated Brock 7-2 after Brock took an early lead in the game.

London then busted it open with six runs in the second inning to go up big. The Pirates never looked back as they punch their ticket to the title game Saturday.

Here are the full raw highlights of London's first ever win at state to advance to the 3A Championship tomorrow! KIII 3 News Sports Blitz - KIII 3 News #3SportsBlitz

The London Pirates fans celebrate their team’s first ever win at state as the Pirates advance to the 3A Championship Game tomorrow morning at 9 AM!@kiii3sports @kiii3news #3SportsBlitz #UILState pic.twitter.com/f4LaFsqI80

Kade Budd threw a complete game on the mound with 10 strikeouts for the Pirates.

The Pirates will play at Dell Diamond in Round Rock tomorrow during the State 3A Finals at 9 a.m. against #3 Malakoff.

Tune in to 3News tonight for highlights from the game.

Several fans were in the parking lot before the big game to celebrate their Pirates.