Veterans Memorial grad Jose Acuna was drafted by the Phillies in the 14th round while former OG Bulldog and Islander Drake Osborn was selected by the Mets (19th rd). 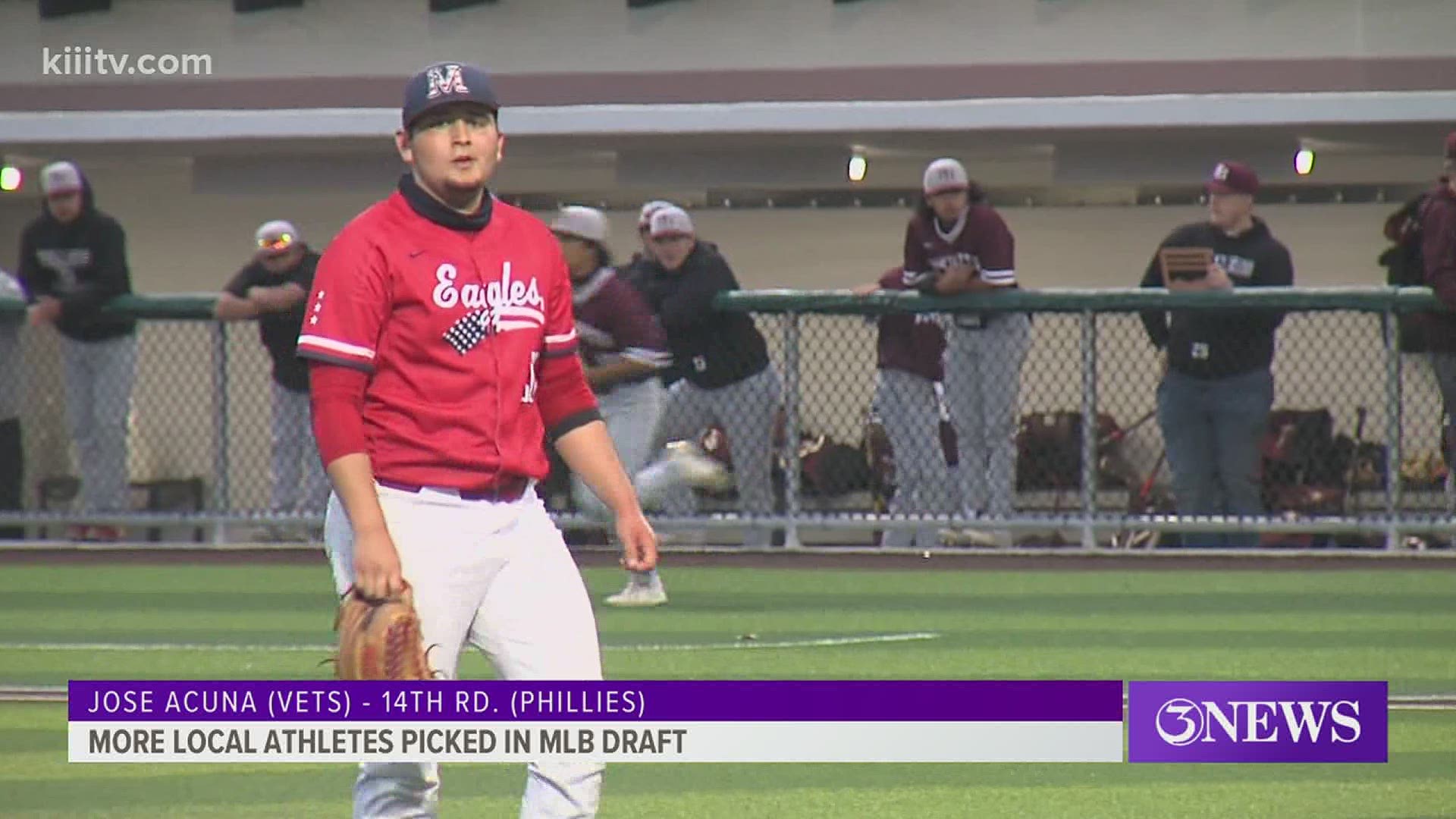 CORPUS CHRISTI, Texas — The Coastal Bend ended up with three players selected in the Major League Baseball Draft including two Tuesday on the final day.

Veterans Memorial pitcher Jose Acuna was selected in the 14th round by the Philadelphia Phillies at pick number 415 overall.

Acuna overcame an early season injury and finished strong for the Eagles, going 5-2 in the home stretch and ending with a sub-1.00 ERA. He's a Texas Tech commit, but says he's leaning towards turning pro and joining the Phillies organization rather than heading to Lubbock, but that a final decision hasn't been made yet.

I can’t thank god enough for all of these opportunities, god is good 🙏🏼 https://t.co/k0XpyYGajS

Former Orange Grove Bulldog and also former Islander Drake Osborn is turning pro as well as Osborn was picked by another NL Eeast team, the New York Mets, in the 19th round at pick 562 overall.

Osborn played for Texas A&M-Corpus Christi for his first three seasons before transferring to the Louisiana Rajun Cajuns this past year. The college catcher hit .339 for Louisiana this past season with 3 HR and 24 RBI.

Former King Mustang Dustin Saenz was picked in the fourth round on the second day by the Nationals.