Craig won just under 800 games in his head coaching career. 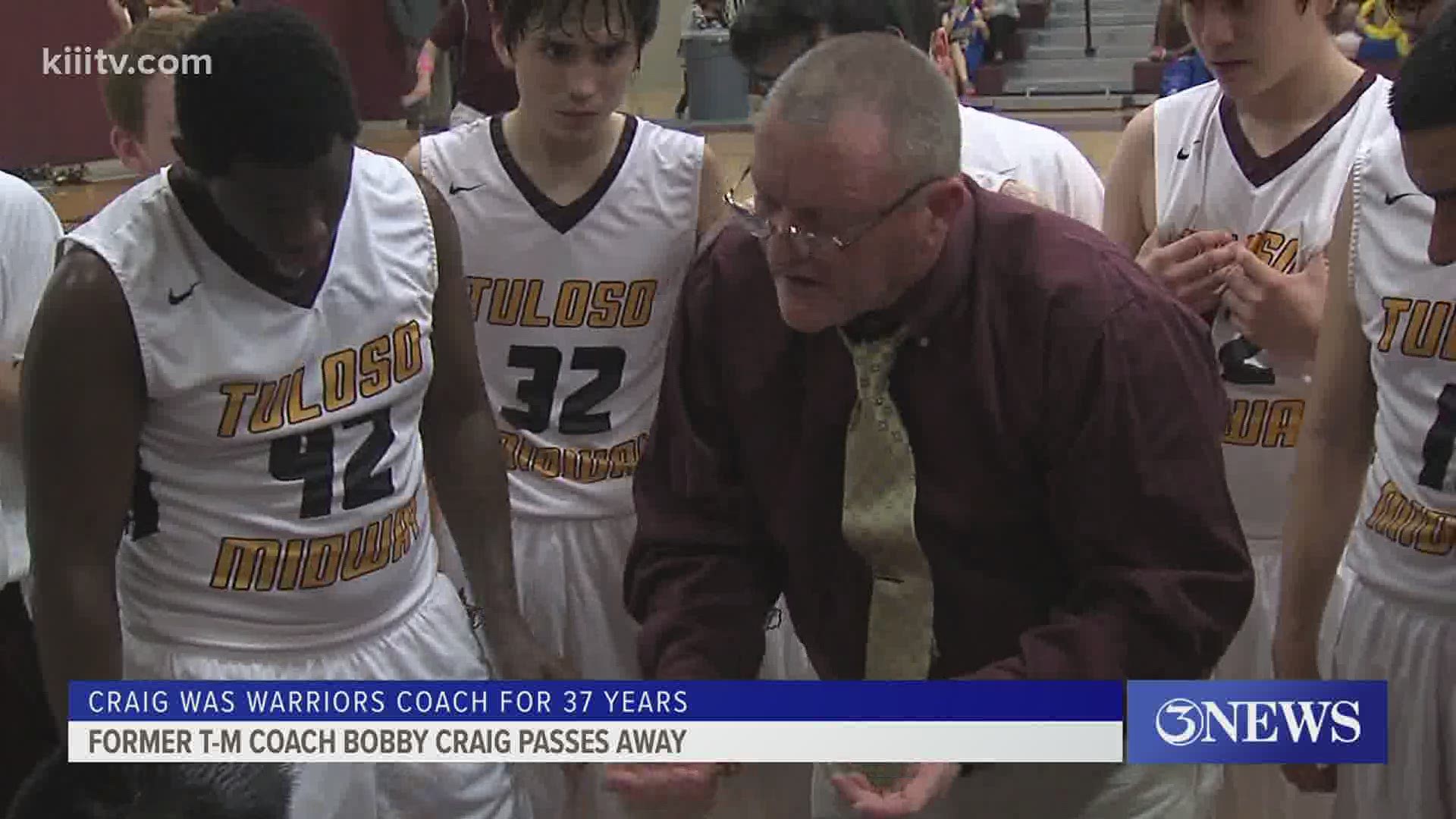 Craig coached the Warriors for 37 years from 1982 to 2019 and won just under 800 games in that span. The main gym at Tuloso-Midway is named in his honor.

Craig had triple bypass heart surgery in January, but was said to have recovered from it. He was 68-years-old.

Reaction to Craig's passing has been pouring in on social media, including a series of tweets from Tres Garcia who thought of Craig as a mentor and succeeding him at Tuloso-Midway:

Former district rivals passed along their condolences as well:

We'll have more on Bobby Craig's passing tonight on 3News at 10 PM.