The World Series will now shift back to Houston for Game 6 on Tuesday.

HOUSTON — Carlos Correa had three hits, Martin Maldonado found three different ways to drive in runs and pinch-hitter Marwin Gonzalez blooped a tiebreaking, two-run single in the fifth inning to lead the Houston Astros over the Atlanta Braves 9-5 and cut their World Series deficit to three games to two.

Maldonado had never driven in more than one run in any of his previous 41 career postseason games. He had only one hit in Game 5 but played a key role in the Astros’ offensive resurgence.

"It means a lot," Maldonado said after the game. "Any time you can help your team win is big."

Adam Duvall’s first-inning grand slam off Framber Valdez had built a 4-0 lead, but the Astros scored twice in the second off rookie Tucker Davidson, making his first big league appearance since mid-June, then tied the score in the third.

Dusty Baker on the grand slam: "I always said if it's going to happen...then let it happen early"

Freddie Freeman’s home run in the bottom half put the Braves back ahead as they tried to close out their first title since 1995, but A.J. Minter walked Maldonado with the bases loaded in the fifth and Gonzalez singled for a 7-5 lead.

Gonzalez broke the fifth-inning tie with a two-run single that landed just 235 feet away in left field, leading the Astros' comeback.

Dusty now talking about how having actual BP; pregame infield etc...and how "huge" it was.

This is exactly what @_JeremyBooth
said on @KHOU before the game.

Gonzalez hit a tying home run an 0-2 pitch from All-Star closer Kenley Jansen leading off the ninth in Game 2 four years ago. Houston won in 11 innings and went on to win in seven games for its first title.

Marwin Gonzalez proud of this run for the #Astros franchise which really started with those 100-loss seasons: "I can tell you, you don't wish that on any other player...it's not that you don't want to play, you don't even want to show up." pic.twitter.com/k3M4WB0r72

Correa said this team wasn't going down without a fight.

"We're not going to quit, we're going to keep fighting...if it doesn't work out, we can say we gave it all we had. If it does work out it would make for a great story," he said.

With Houston down 3-2, the Series resumes at Minute Maid Park on Tuesday night.

Carlos Correa drove in Jose Altuve to pad the Astros' lead in the top of the eighth inning.

Martin Maldonado singled to left in the seventh inning, scoring Kyle Tucker, who had doubled a couple of batters before.

Marwin Gonzalez delivered a bases-loaded single, driving in two and giving the Astros a 7-5 lead.

Martin Maldonado drew a bases-loaded walk to tie the game in the top of the fifth inning.

Zack Greinke came on as a pinch-hitter in the fifth inning and singled to right, his second hit of the World Series. The Astros were not able to bring him around to score, though.

Freddie Freeman homered to right-center to put the Braves back on top in the bottom half of the third.

Jesse Chavez relieved Tucker Davidson after the Braves' starter put the first two batters on in the third inning.

Hold up, wait a minute, y'all thought we were finished?#ForTheH pic.twitter.com/fjUVIiL0HE

It was Altuve's 20th run scored this postseason, tying him with Corey Seager (2020 Dodgers) for the second-most in a single playoff run.

Martin Maldonado hit a sacrifice fly to center to score Kyle Tucker, making it 4-2 Braves in the top of the second inning.

Alex Bregman hit an RBI double in the top of the second to get the Astros on the board.

Adam Duvall connected on a grand slam in the bottom of the first inning to put the Braves up early.

Nothing can stop me, I’m Duvall the way 🆙#BattleATL pic.twitter.com/xa1D3vt94j

Jose Altuve popped out to start the game and Michael Brantley drew a walk after that. Carlos Correa grounded into a double-play to end the top of the first inning.

Here's KHOU 11's Jason Bristol and Jeremy Booth with a preview of Game 5:

Looking ahead to Game 5 of #WorldSeries and putting a wrap on Game 4...it's @_JeremyBooth on BP, Bregman and the bullpen:#AstrosTwitter #khou11 #Postseason pic.twitter.com/LOvOI2r2HI

The Houston Astros have reworked their lineup for Game 5, dropping the slumping Alex Bregman from his usual third spot to seventh. Carlos Correa moves into the third slot.

Bregman is 1 for 14 in the World Series, and Houston trails Atlanta three games to one. The Astros have desperate for a big hit this week — they're hitless in their last 17 at-bats with runners in scoring position.

The odds are against the Astros coming back to win the World Series. Teams up 3-1 have gone on to win 85 percent of the time, according to Major League Baseball.

End of the road for pitchers batting?

Game 5 of the World Series between the Houston Astros and Atlanta Braves could represent a historic moment for Major League Baseball. It might be the final time a pitcher appears in the batting order.

There's a good chance the designated hitter will come to the National League next year, most likely on a permanent basis. The DH debate has raged since the American League first used it in 1973.

Game 5 will be at Truist Park in Atlanta, meaning the Braves and Astros will both list pitchers in the lineup. But regardless of the result, it will be the last game in an NL ballpark this season. So it might just mark the end of an era. 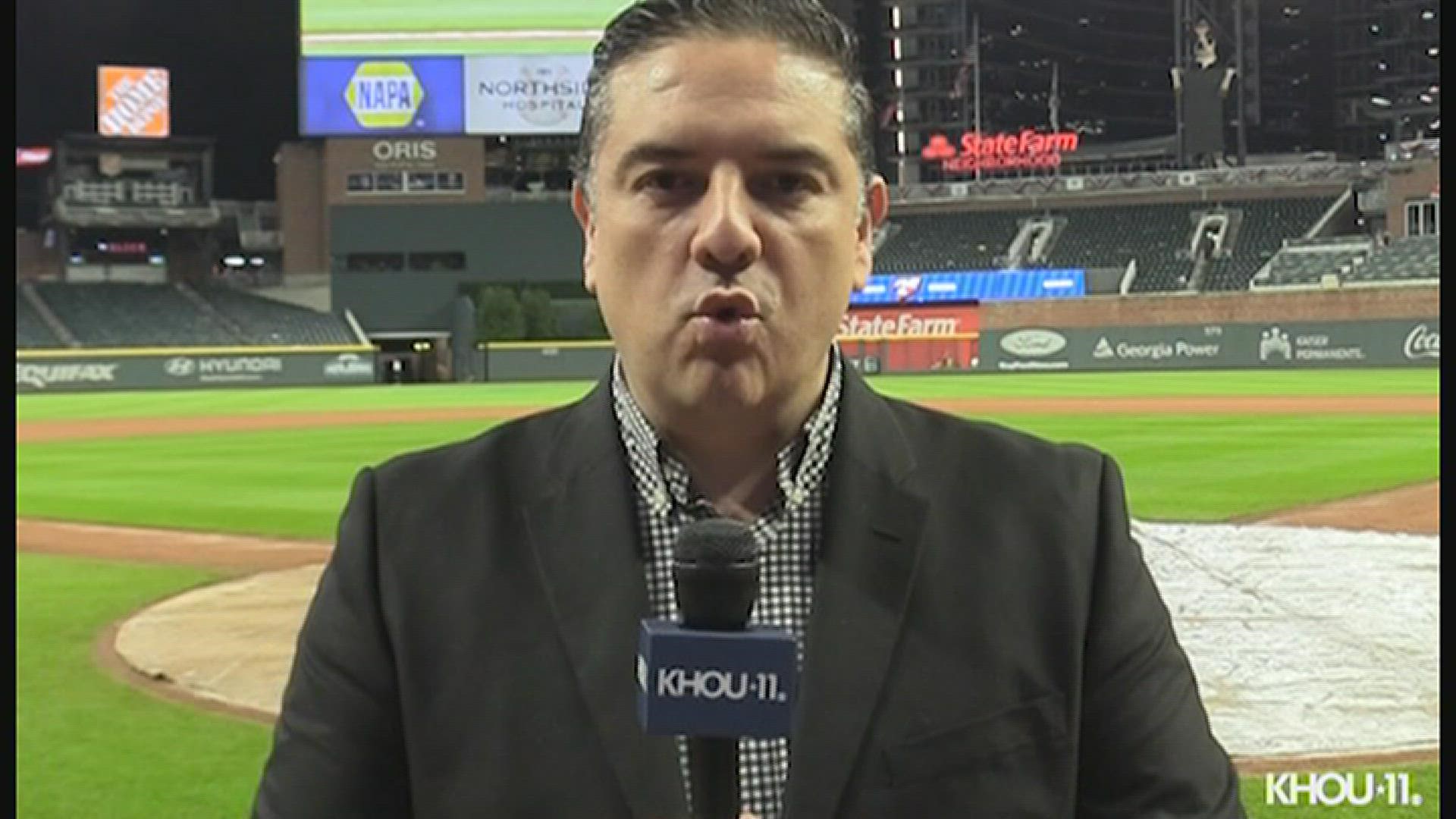 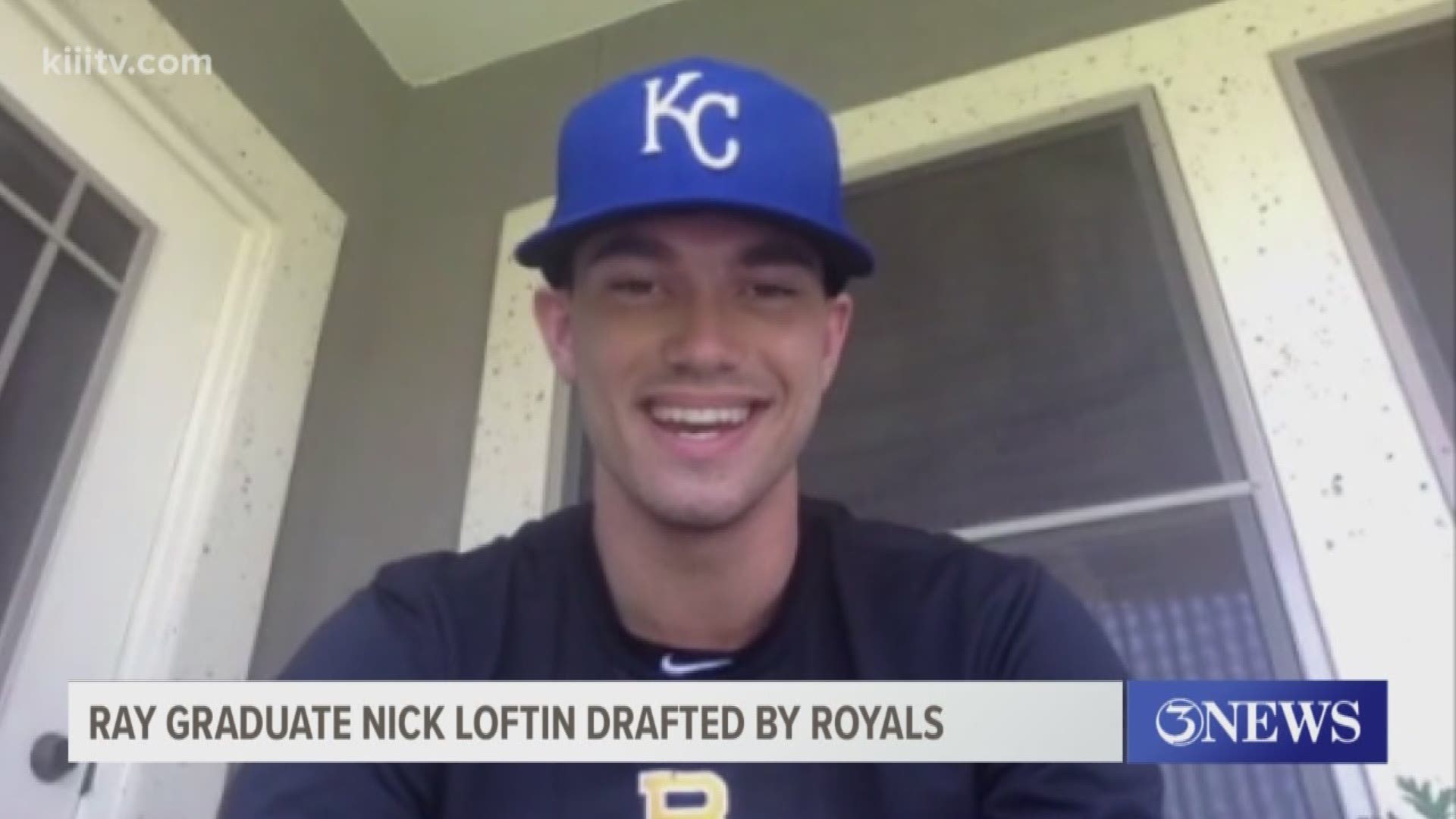