Own a piece of Astros history and bring some Minute Maid seats home!

Some very lucky Astros fans are about to get their hands on some VERY limited edition gear. 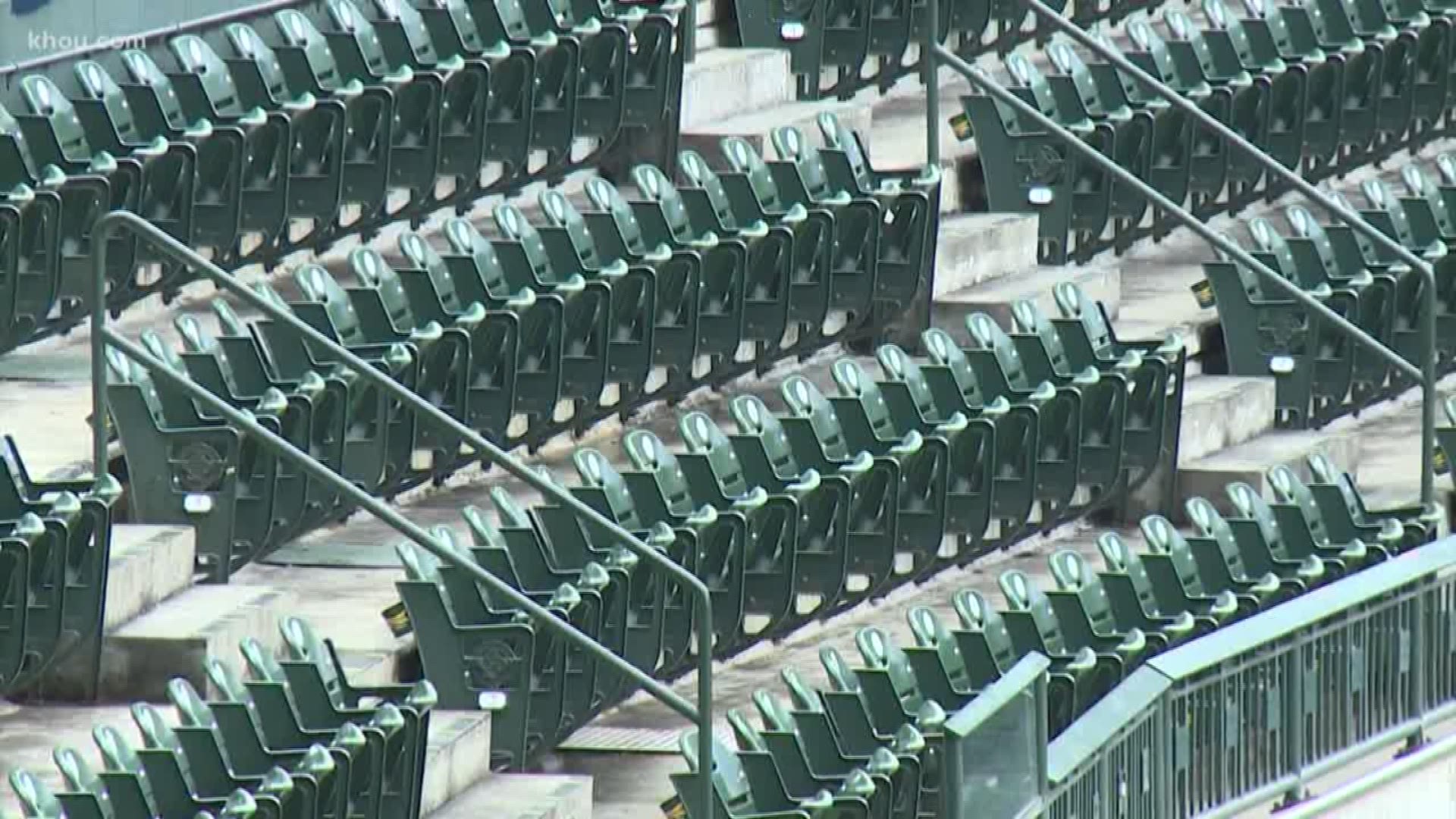 HOUSTON — The Astros have 1,500 stadium seats stacked up and ready to go -- for good!

Fans who e-mailed the team fast enough will be picking up their seats Saturday morning at Minute Maid Park.

A pair of upper deck seats are selling for $400.

Each one will have an authentic MLB hologram sticker on it.

The Astros say they need to make way for new party areas, so the seats had to go!

"Almost all the seats in the ballpark have been in here for a good 20 years now," said Mike Acosta, Authentication Manager for the Houston Astros, said in September.

The Houston Astros are just renovating, so all suite-level seats will be replaced. That's 800 stand-alone seats that pack an extra layer of cushion.

In the upper 300 and 400 levels, 700 seats positioned down the right field line, the area that wraps around the foul pole.

RELATED: The Astros are selling 1,500 stadium seats | Here's everything you need to know

"The seats in the upper deck, they’re actually just coming out because we’re building some new structures, some new party areas and there’s not going to be a stadium seating area in that spot anymore," Acosta said.

Instead, it will be a party plaza area similar to the Torchy's Deck which was constructed after 300 seats were sold to fans in 2016.