Yankees fans shouted: 'You don't belong here. You smell like oil and tacos.' 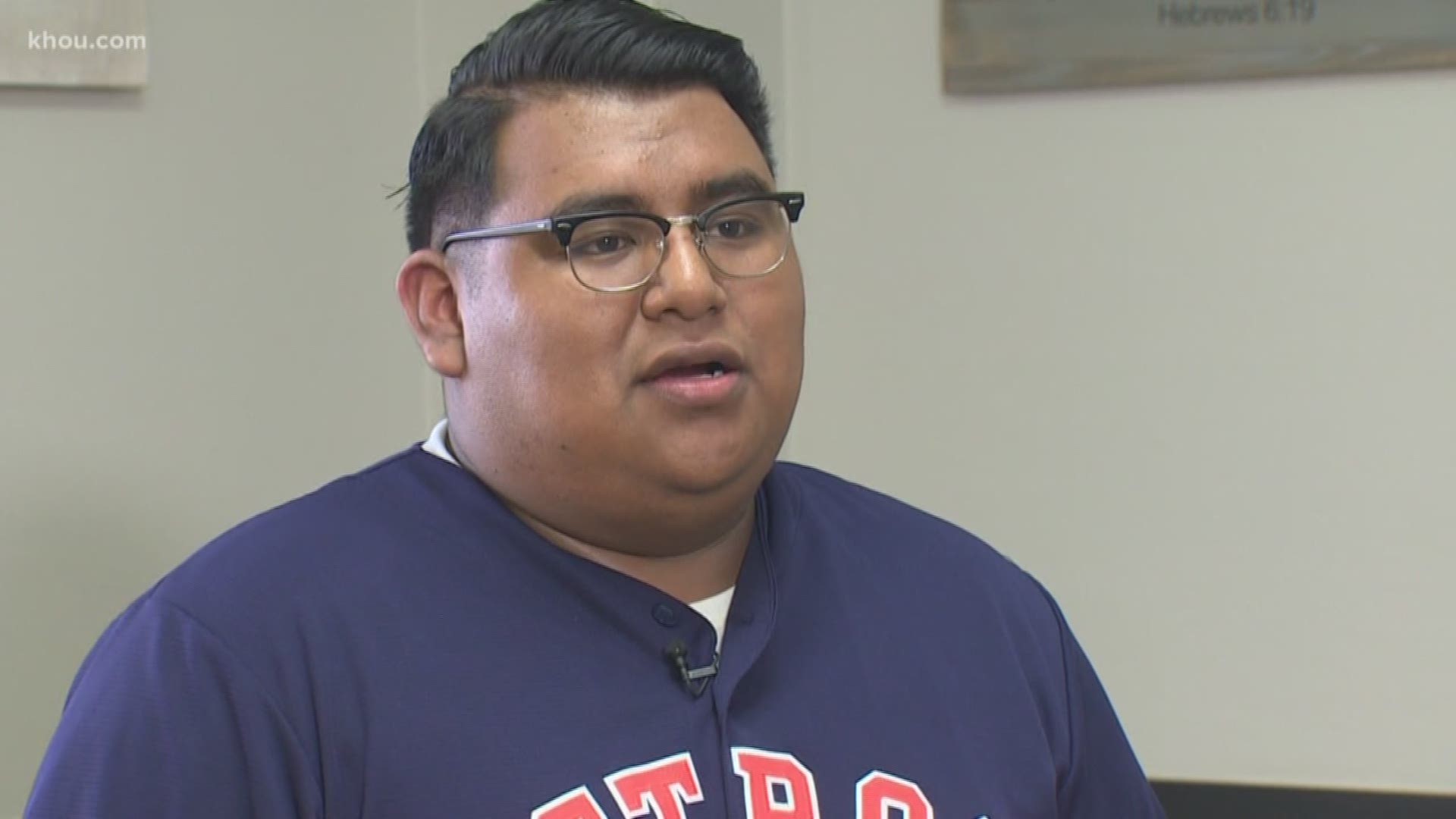 HOUSTON — Astros fans who were berated and harassed during Friday’s ALCS Game 5 at Yankee Stadium will be getting a nice surprise Tuesday.

In cell phone videos posted to social media, you can see a security guard escorting the three fans to safety after Yankees fans became unruly.

For their troubles, they’ll be getting tickets to Game 1 of the World Series, courtesy of Astros pitcher Lance McCullers.

“Our Uber drivers were telling us, ‘Hey, you guys, if you’re going to the game, be careful. They’re pretty crazy there. Don’t take stuff personal, but they’re going to get really crazy,'” said Astros fan Cruz Arcia.

Sure enough, those Uber drivers were right.

“(Yankees fans were) getting in our faces, saying, ‘Hey, go back to Houston. You don’t belong here. You smell like oil and tacos. You can’t be here.”

That was just the start of it.

Arcia and his two friends, Nathan Rocha and Kristina Contreras, were among the few Houstonians who traveled to new York City for Friday’s game against the Yankees.

Never did they think the heckling would soon become abuse.

Cruz describes what happened when a Yankees fan asked to take a picture with him while he was carrying his food to his seat.

“I’m carrying the tray of fries, and he was like, ‘Let’s take a picture,” Arcia said. “It was a selfie, and then that’s when the guy says, ‘Hey, this is going to be funny.’ And I see him, his hand moving. I thought he’s going to hit the tray, and that’s when all the fries get on my shirt and you can see on the video where the cheese gets all over my clothes.”

“So we get some napkins and start cleaning him off, and then they start throwing beer,” said Nathan Rocha. “And that’s when the security comes and saw what’s happening.”

Security moved the group from their seats and away from the unruly crowd.

They were told it was for their own protection.

“They’re yelling, ‘We smell oil and tacos in here,’” Rocha said. “And we’re just laughing. It’s not going to hurt us. We’re from Houston.”

Kristina Contreras said one Yankee fan even threatened to hit her.

“With security they were still throwing things at us,” Contreras said. “They were willing to hit a girl with a cop there.”

One of the millions who watched them was Astros pitcher Lance McCullers. He sent a request through social media to find the Astros fan.

He commended the three friends’ support they showed under fire that night at Yankee Stadium.

On Tuesday, they’ll be getting their reward: three tickets to the World Series.

“I’d do it again,” Arcia said. “Whether it’s beer, popcorn, whatever — I’m a Houston fan. I’ll still rep over there.”

This isn’t the first time we’ve had to deal with the below-the-belt behavior from yankees fans. After the hurricane in 2017, Yankees fans in the stands chanted, "Harvey" when the team faced the Astros.