Formula 1 driver to wear Longhorns design on his helmet for U.S. Grand Prix race in Austin

Daniel Ricciardo will wear a Formula 1 racing helmet with a burnt orange and white design that's familiar to Austinites. 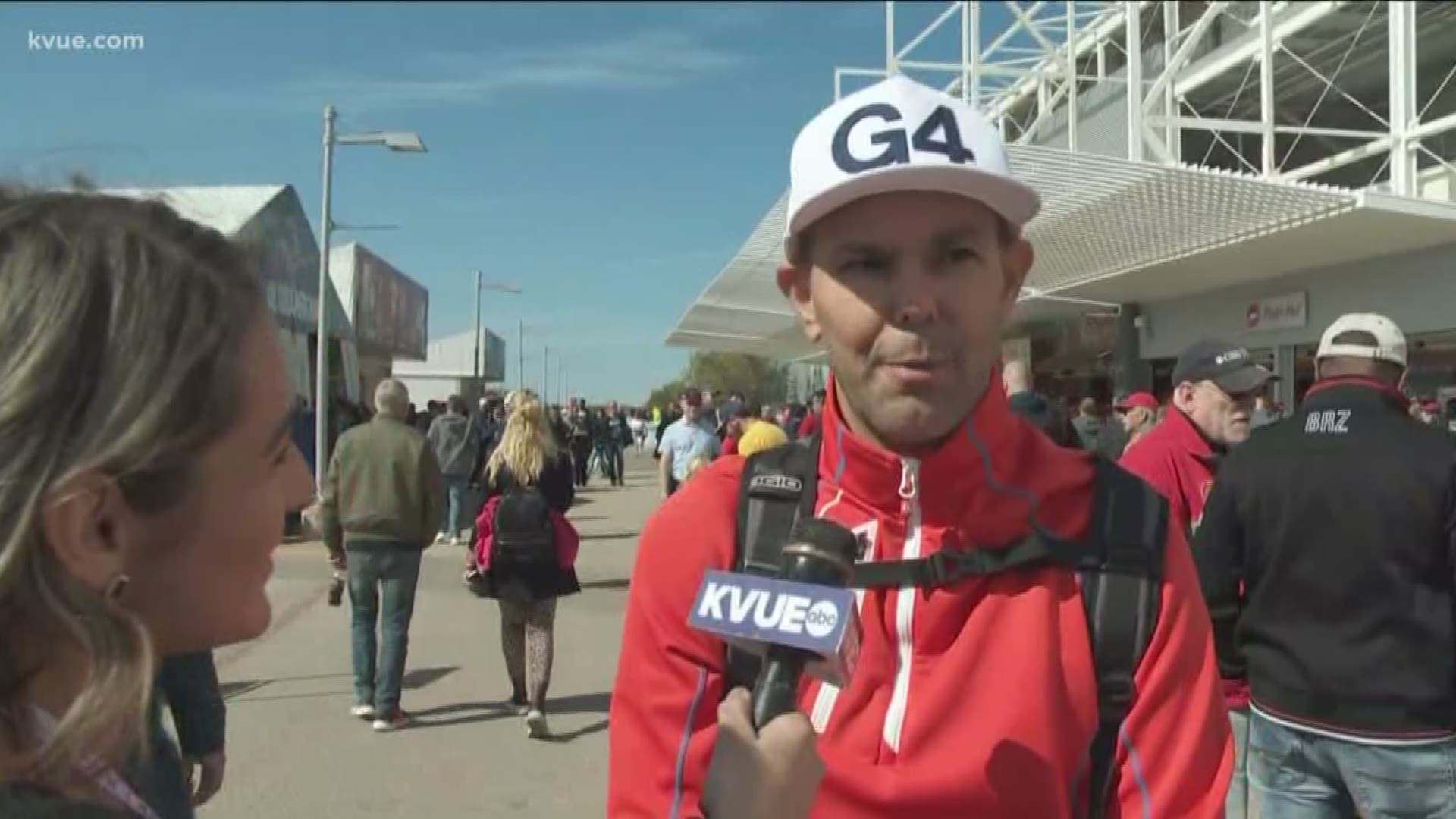 AUSTIN, Texas — During the U.S. Grand Prix race at the Circuit of the Americas, Austinites and visiting Formula One race fans will see a driver donning a helmet design familiar to this city.

Daniel Ricciardo will be using his one and only off helmet design allowed per year by F1 regulations while racing the Austin track. Ricciardo chose to design his helmet like the University of Texas football helmet as a "tip of the hat" – or one might say tip of the helmet – to the Longhorns.

"The long and short of it is: I love Austin," Ricciardo told ESPN. "The first year we visited here, I fell in love with the place, the people and the atmosphere; it speaks my language!"

"Last year, I finally went to a Texas Longhorns game and it was an awesome experience so I thought this year I'd tip my hat to them," Ricciardo told ESPN. "I normally try and do something Austin themed here and I thought the Longhorns was a cool one with the idea to do a Football helmet; it's pretty special and I'd like to show some love to the city!"

Texas Longhorns fall out of AP Top 25 after TCU loss

Can you beat the KVUE Sports team in a Texas Longhorns pick 'em? Submit your predictions here.