LeBron James: 'I fueled the wrong conversation about Ma’Khia Bryant'

The Akron native and L.A. Lakers star has come under fire for posting, then deleting a tweet with a picture of the Columbus officer who fatally shot the 16-year-old. 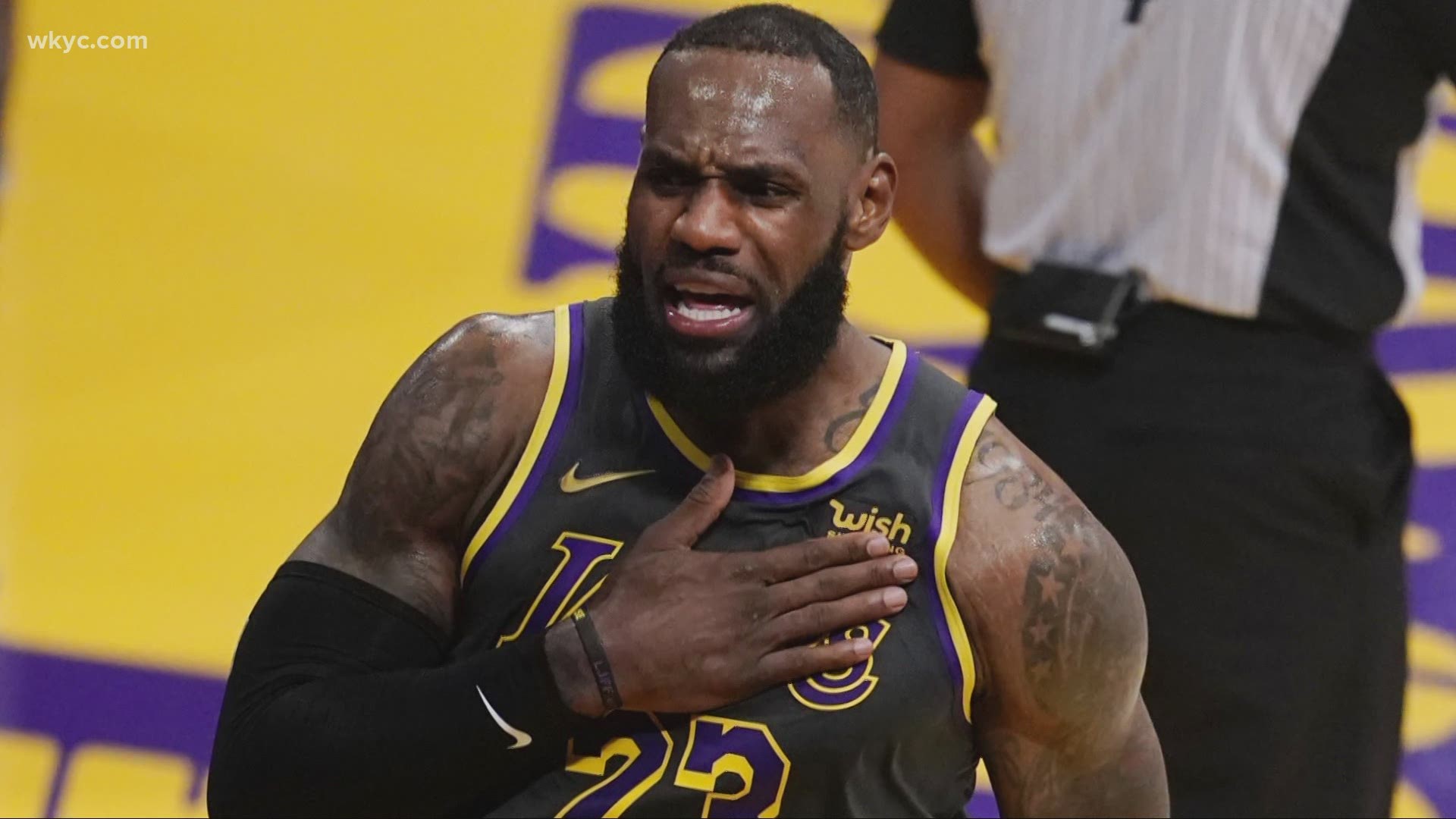 CLEVELAND — Editor's Note: The above video is from a previously published story

LeBron James has come under fire over the past 10 days in the aftermath of a now-deleted tweet about the fatal police shooting of a 16-year-old Black girl in Columbus, Ohio.

Ma'Khia Bryant was shot and killed on April 20, the same day that former Minneapolis police officer Derek Chauvin was convicted of murdering George Floyd, sparking immediate outrage. Bodycam footage from the incident shows that Officer Nicholas Reardon shot Bryant four times as she was swinging a knife at another girl during an altercation.

James' initial tweet read "YOU'RE NEXT #Accountability," along with an hourglass emoji and a picture of Reardon. Before that, James had tweeted "ACCOUNTABILITY" after Chauvin was found guilty. Within a few hours, James deleted the tweet, later explaining that it was being used to spread more hate.

On Monday, James took to Twitter again and admitted that he took the wrong approach with the tweet after Bryant's death. "I fueled the wrong conversation about Ma’Khia Bryant and I owe it to her and this movement to change it," the Akron native and four-time NBA MVP wrote.

In the same tweet, James added a link to an article on Vox entitled "Why They're Not Saying Ma'Khia Bryant's Name," written by Fabiola Cineas. "Thank you @fabiolacineas for educating us about Ma’Khia and her story and why this needs to be about her. #sayhername #Blacklivesmatter," James also wrote, along with an additional tweet that read "Protect our Young Black Women & Men!"

I fueled the wrong conversation about Ma’Khia Bryant and I owe it to her and this movement to change it. Thank you @fabiolacineas for educating us about Ma’Khia and her story and why this needs to be about her. https://t.co/Owh1vDJWXi   #sayhername #Blacklivesmatter

In the aftermath of his deleted tweet with Reardon's picture, James received criticism from police groups across the country.

During an interview on Fox News, Detective Jamie McBride, a member of the board of directors for the Los Angeles Police Protective League, claimed the NBA superstar was a "hypocrite" and accused him of “inciting violence…towards police officers.”

O.J. Simpson also weighed in, praising the NBA star for the work he has done for social justice and to fight systemic racism, but added that James needs to "pick your battles" and should have waited for more information before commenting.

Wait for the facts! #LeBronJames pic.twitter.com/As2zaGQD4M

"@KingJames, with his vast resources & influence, should educate himself and, frankly, has a responsibility to do so, on the facts before weighing in," the National Fraternal Order of Police posted from its Twitter account on Wednesday night. "This is disgraceful & extremely reckless. The officer saved a young girl's life. No amount of gaslighting will change that fact."

Editor's Note: The below video is from a previously published story