Chase Moore was nearly failed by the education system. He not only persevered through it, he now seeks to transform it. 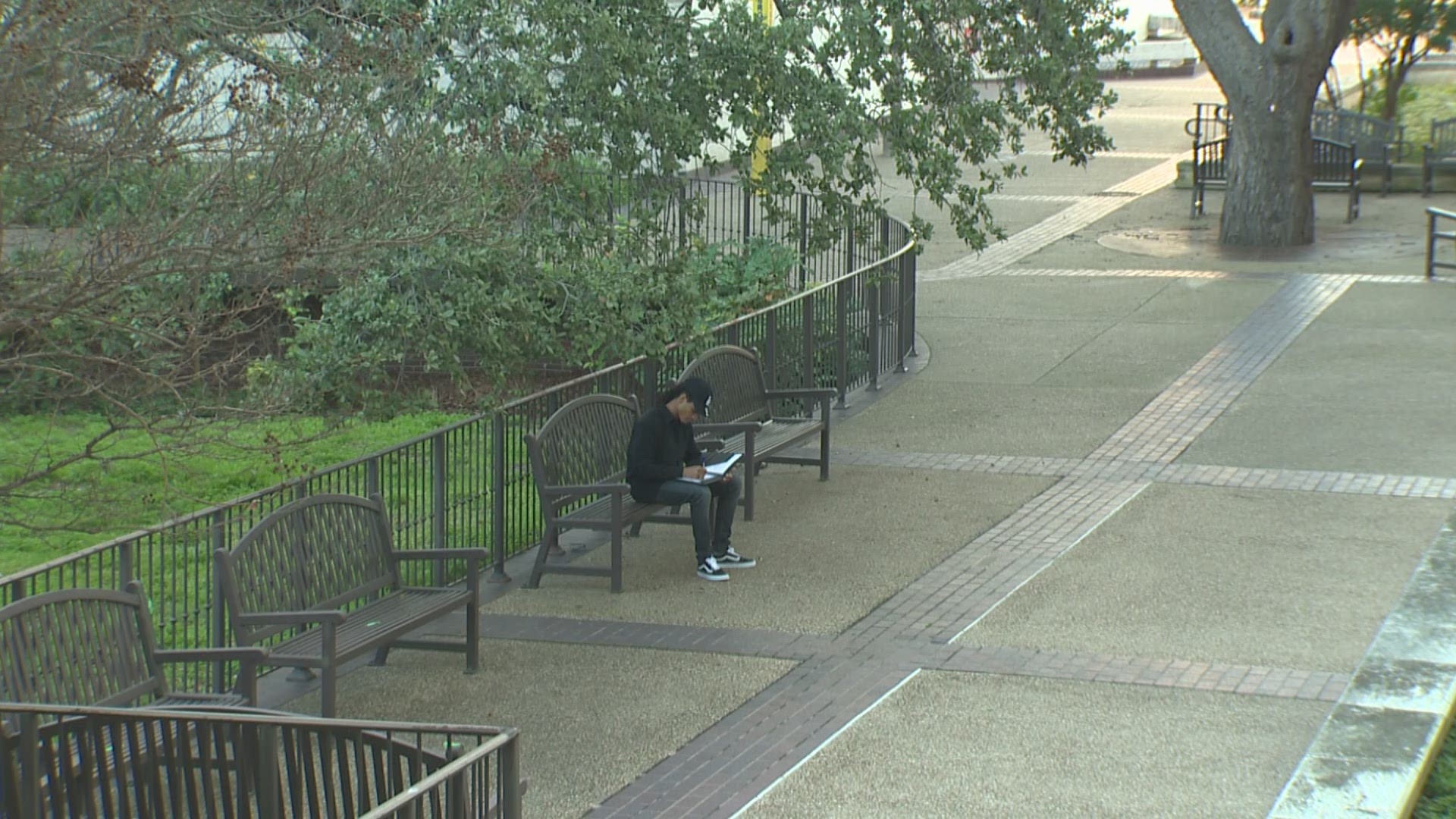 AUSTIN, Texas — In a quiet corner on campus, right outside the University of Texas Educational Leadership Building, Chase Moore writes. He writes because he knows the power of words, and he writes because of the words of power.

Moore is a former walk-on defensive back from the Texas Longhorns football team. He started in the spring game of 2018, but never played an actual snap for the Longhorns.

He told KVUE he's completely at peace with that.

“Some people have said that although I never played a down at UT, I have made a bigger impact than some five-star recruits, some four-year starters,” Moore said.

That's because Moore has always been chasing more than opposing wide receivers.

“I realized three topics that I care most about – educational policy, anti-racism and human rights violations,” he said.

For this Black History Month, it's the teaching of Black history that's become his life's work, specifically how we teach it.

“The school I went to in elementary, the resources were so old and so antiquated that the dictionary didn’t have the word 'computer' in it,” Moore said.

Moore is also focusing on why we teach it.

"What is the role of education?" he said. "Is it to educate, or is it to incarcerate?”

In the past year, Moore has spoken at the Texas State Capitol in front of the Board of Education to get comprehensive African American studies implemented in kindergarten through 12th grade in Texas schools.

More than 1 million people have watched his testimony, and the board has since implemented his recommendation.

Two weeks ago I testified to the Texas State Board of Education to implement a Bill that will add a statewide African American studies course to K-12 curriculum. The board was inspired by many of the testimonies and will likely add ethnic studies to all Texas schools. pic.twitter.com/p5Ayw5fszE

In the past year, Moore created a series called "52 Videos, 52 Weeks," in which he focused on an aspect of educational policy once a week for all of 2020.

In the past year, Moore presented at the Black Student-Athlete Summit held at UT – a chance for him to recognize his past and change the future.

“I am just an extension of a great movement of Black student-athletes being more than an athlete,” he said.

Leonard Moore, a history professor at Texas and one of Chase Moore's mentors, broke down his goal.

“Yeah, playing ball is cool but I think his thing is, you got to leverage this platform that you have for a short period of time. You got to find a way to leverage it into your real-life career,” Leonard Moore said.

And that’s a wrap!!!! Thank you to everyone that helped us pull this off. Thank you to @HSweattCenter for hosting 🙌🏽

Such a pleasure serving in the @BSASummit Leadership Team and Presenting on Leveraging your Brand as a Black Student-Athlete for Social Change. pic.twitter.com/RiSDpew30y

Chase Moore is 24 years old and will be getting his Master's in educational leadership and policy this spring.

He's proved a lot of people wrong to get to this point.

"I grew up in a single-parent home, as my parents divorced, and at the time I had to share a bed with my mom, my brother and my sister until about the age of 11 or 12 years old," Chase Moore said.

He'll even be proving wrong the very institution that will be handing him his degree.

“Dear Chase Moore, we regret to inform you that you have not been admitted to the 2017 spring semester at the University of Texas at Austin,” Chase Moore recited, from the letter of rejection he had received from Texas just a few years ago.

So many times, the education system nearly failed Chase Moore. Yet so many times he refused to let it happen, like when he appealed the rejection by writing a letter to UT and later gaining acceptance.

“That’s been the story of my life – being told no, but allowing my mind and my perspective to tell me yes,” Chase Moore said.

With the power of his words, he's not only persevered through it; with the words of power, he now wants to transform it.

"Me about to graduate from the very institution I was rejected from ... I want to let them know that this is what happens when you have unconditional, authentic care for a young boy from an inner-city area," Chase Moore said. "This is what happens when you make sure they have good, equipped resources. I want what I’m doing not to be like, ‘Wow, Chase has been through all this, but he still made it here.’ I don’t want this to be outstanding. I want this to be normal."