A late homerun from Luke Marbach wasn't enough in a 4-2 loss to the Cowboys. 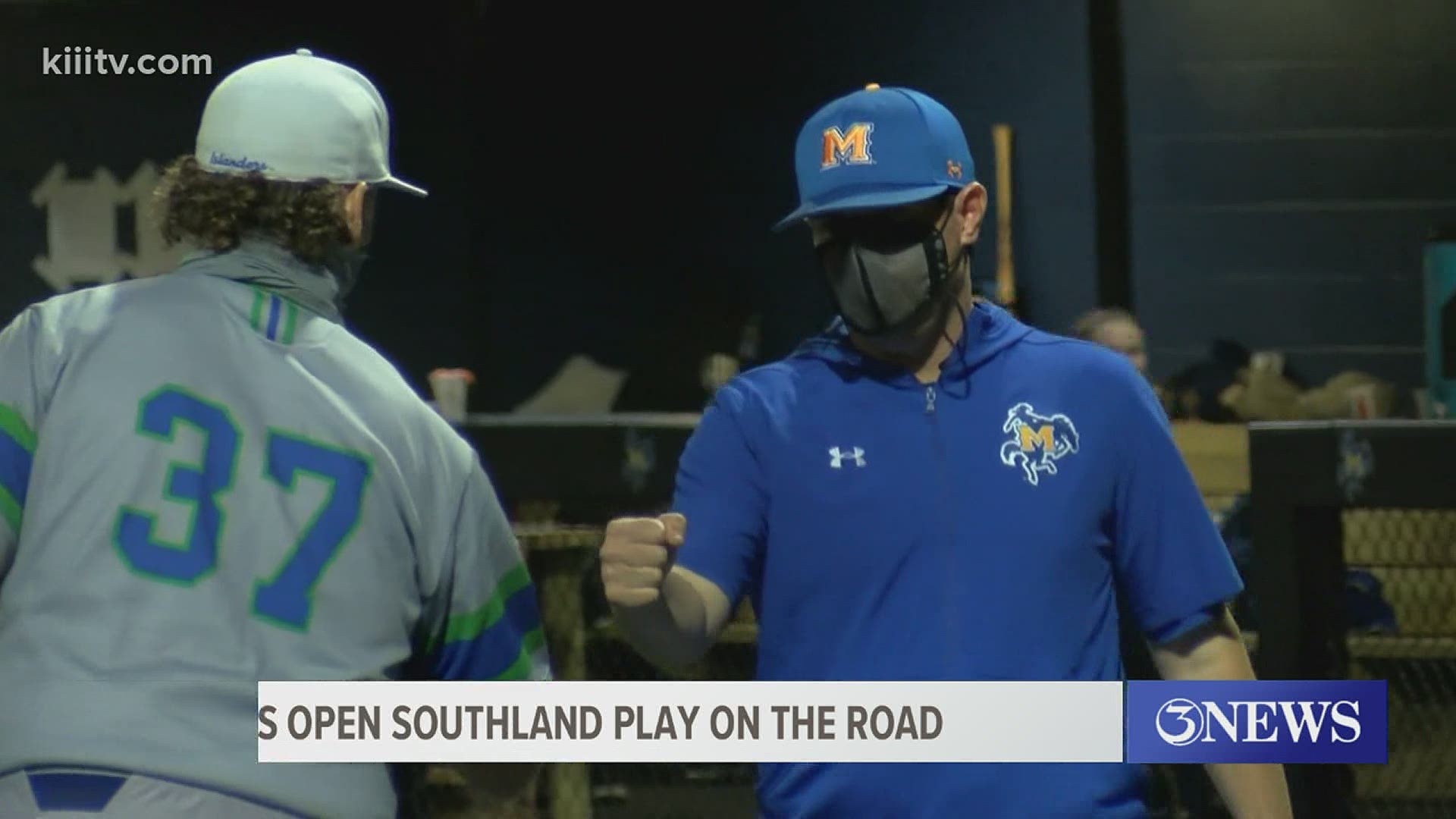 LAKE CHARLES, La. — Three McNeese pitchers combined to allow two runs on seven hits while striking out 13 as the Cowboys opened up Southland Conference baseball action with a 4-2 win over Texas A&M-Corpus Christi on Friday night.

Starter Christian Vega threw 4.1 innings and allowed one run on five hits with three walks but ran into some trouble in the top of the fifth inning when the Islanders (4-9, 0-1) scored their first run of the game following a lead-off hit-by-pitch, advancement on a wild pitch and an RBI single up the middle to cut the McNeese lead to 3-1 at the time.

Brad Kincaid entered the game with a runner on first and got out of a two-on, one-out jam by getting a strikeout and fly out to end the threat.

The senior, who picked up the victory, looked his best in the sixth and seventh innings when he struck out five batters, including all three in the top of the seventh.

"It's not too often where the bridge pitcher gets a decision but he threw really well tonight," said head coach Justin Hill. "That's probably the most innings he's thrown in a game since the 2019 season."

Dion relieved Kincaid after the lead-off batter in the eighth doubled for the Islanders. The sophomore, who just two weeks ago tied a school record with 19 strikeouts in a 5-0 complete game shutout win over Prairie View, struck out all three batters he faced in the eighth and left the runner stranded at second.

Corpus added a run in the ninth off a solo home run but Dion got the final out swinging as he picked up his first save of the season.

Offensively, the Cowboys collected six hits with two of those coming off the bats of Tré Obregon and Jake Dickerson.

McNeese (6-6, 1-0) scored the game's first run in the bottom of the first inning when Payton Harden lead off with a single, advanced to second on a one-out wild pitch, moved to third on a Clayton Rasbeary ground out to shortstop, then scored on the second wild pitch of the inning by Islander starting pitcher John Gaddis.

The Cowboys added two runs in the fourth inning after Obregon reached on a throwing error by AMCC's shortstop then scored on a Dickerson double in the right-center field gap.

Julian Gonzales, who was pinch hitting for left fielder Nate Collins, followed up the double with a sac bunt and reaching on a throwing error by Gaddis. That allowed Dickerson to advance to third and then scored on a Brett Whelton fielder's choice grounder to make it 3-0.

McNeese added its fourth run in the bottom of the eighth inning on a bases loaded sacrifice fly by Whelton.

Gaddis (0-1) took the loss for the Islanders after he gave up three runs, one earned, on two hits in 3.1 innings pitched.

Corpus put seven hits in the books with right fielder Itchy Burts and catcher Josh Caraway each collecting two. Burts had a solo home run with one out in the ninth.

The series will continue on Saturday at 2 p.m. at Joe Miller Ballpark.