TAMU-CC jumped out to a 4-0 lead and then held off a Chippewas rally to beat Central Michigan 6-3 Monday afternoon. 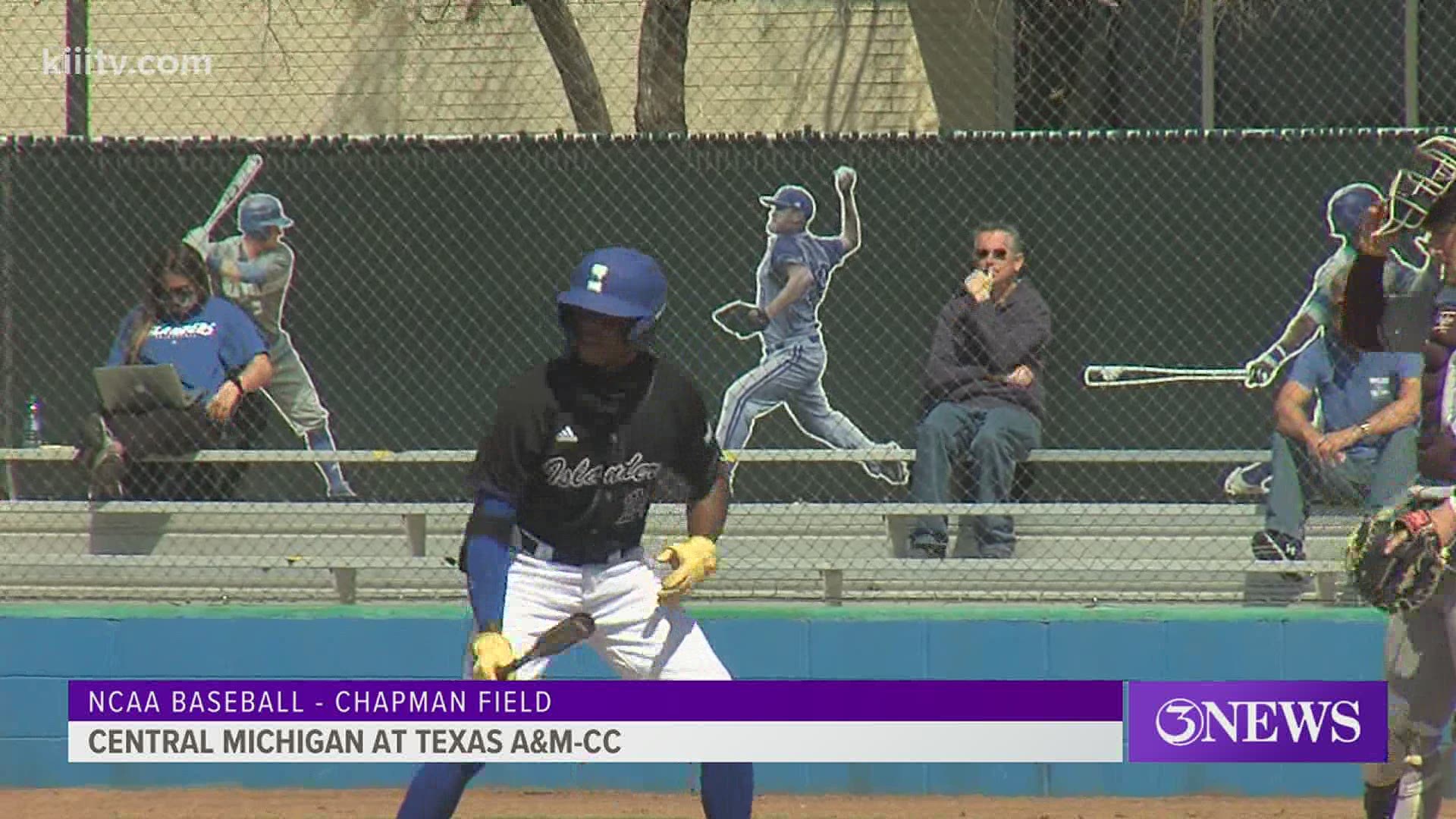 Luke Marbach picked up where he left off yesterday, launching a single to center field and finding his way home later in the frame thanks to a Mike Williams hit that put the Islanders ahead 1-0 in the opening frame.

Josh Caraway and Tre Jones became the latest members of the Islander home run club during a decisive third that sparked déjà vu from Sunday's nightcap, as Caraway recorded the leadoff long ball before Jones got in on the action three batters later to plate himself and Tristan Welch for a 4-0 Islander advantage.

A&M-Corpus looked to hold full command entering the fifth, but Central Michigan made a push with three unanswered runs punctuated by a Z. Lechnir single to nearly erase the deficit as an ensuing Islander double play eliminated further damage and maintained the 4-3 home edge.

The Islanders saved another offensive showing for the seventh as back-to-back singles from Marbach and Itchy Burts helped drive Diego Johnson home before Williams doubled to add another insurance run and stretch the Islander lead back to three.

Starter Hayden Thomas earned the mound victory with 4.0 scoreless frames, while Cassius Shy claimed the save in 2.2 innings of work that saw him fan four Chippewas and contribute to a pitching contingent that singed Central Michigan with eight scoreless frames.

A&M-Corpus Christi sees a quick turnaround, kicking off a four-game series with Houston Tuesday, Feb. 23 at 3 p.m. inside Schroeder Park.

Luke Marbach paced the Islanders with a two-hit day, combining for five total hits in the final two games of the Central Michigan series.

Cassius Shy provided 2.2 innings of shutdown work that saw him tally four strikeouts and pick up the save.

Josh Caraway and Tre Jones became the latest members of the Islander home run club as the pair each lifted a long ball in a decisive four-run third inning.