The Islanders tied the game late before the Bearkats pulled away in the final minutes. 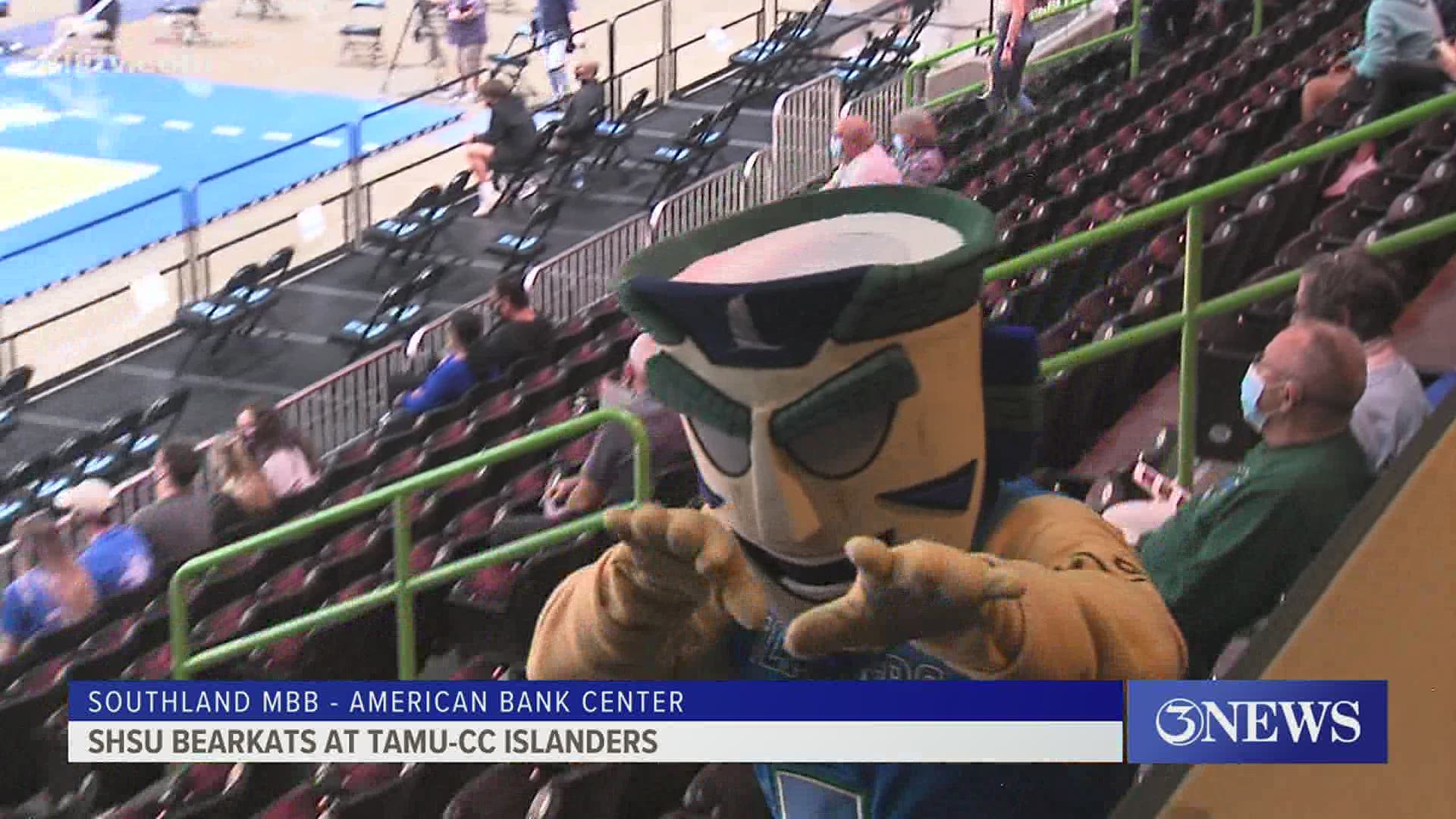 CORPUS CHRISTI, Texas — In a game that could have gone either way, Sam Houston made just a few more plays in the end to grab a 75-70 decision over the Texas A&M-Corpus Christi men's basketball program Wednesday at the American Bank Center.

Junior Simeon Fryer returned from injury to net a career-high 22 points off the bench. He was 7-of-13 from the field and 6-for-6 from the free throw line.

Also in double-figures was senior Myles Smith with a season-high 16 points. Junior De'Lazarus Keys neared a double-double with nine points and a game-high 11 rebounds.

The Bearkats, who stayed unbeaten in SLC play, were led by Demarkus Lampley and Zach Nutall who scored 21 and 18 points, respectively. As a team, SHSU shot .923 (12-13) from the free throw line.

A&M-Corpus Christi pressed defensively to try and force turnovers in the end, but were forced to foul and the Bearkats capitalized at the free throw line.

The Islanders will play their second of a five-game home stand Saturday when they host Houston Baptist at 3:30 p.m. at the American Bank Center. A&M-Corpus Christi is 10-4 all-time against HBU.

Now out at the American Bank Center as the Islanders take on the Southland leader, Sam Houston State.