The Privateers used a 13-0 run late to top Texas A&M-CC Wednesday at the American Bank Center. 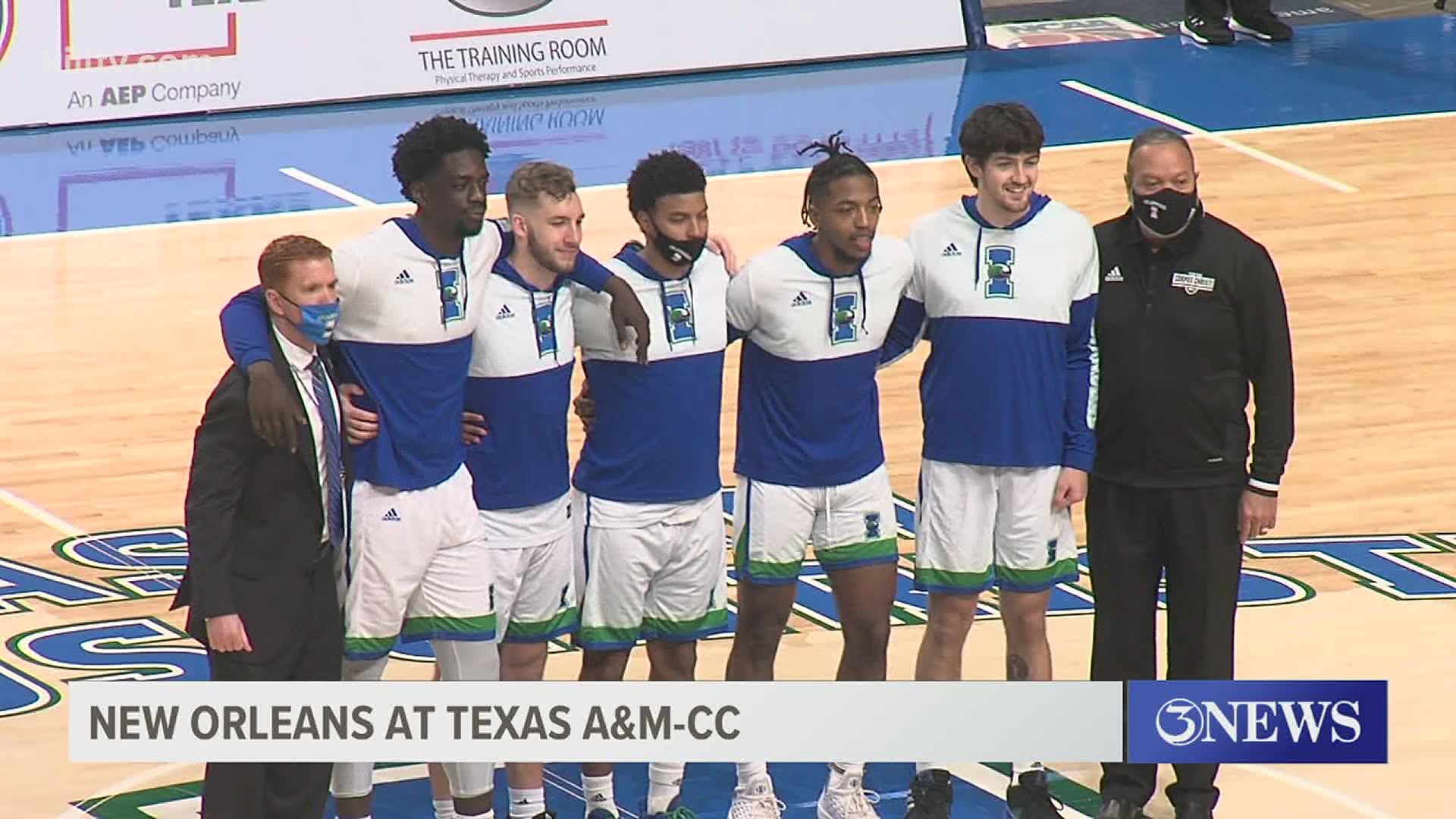 Troy Green led the squad with 16 points and went 10-of-11 from the charity stripe and added six rebounds and two steals. Damion Rosser finished a rebound shy of a double-double with 13 points and nine boards, and Derek St. Hilaire posted 11 points, five rebounds and five steals.

The Privateers jumped out to a 24-15 lead with 8:11 remaining in the first and forced 12 Islander turnovers in the opening stanza.

It was a back-and-forth affair until the 4:16 marker. A 13-0 Privateer run began with St. Hilaire's three to tie the game at 51-all and was highlighted with a fast break dunk by Rosser to seal the victory.