Zaleski comes to Texas A&M-CC after winning a JuCo national title with Temple College in 2018. 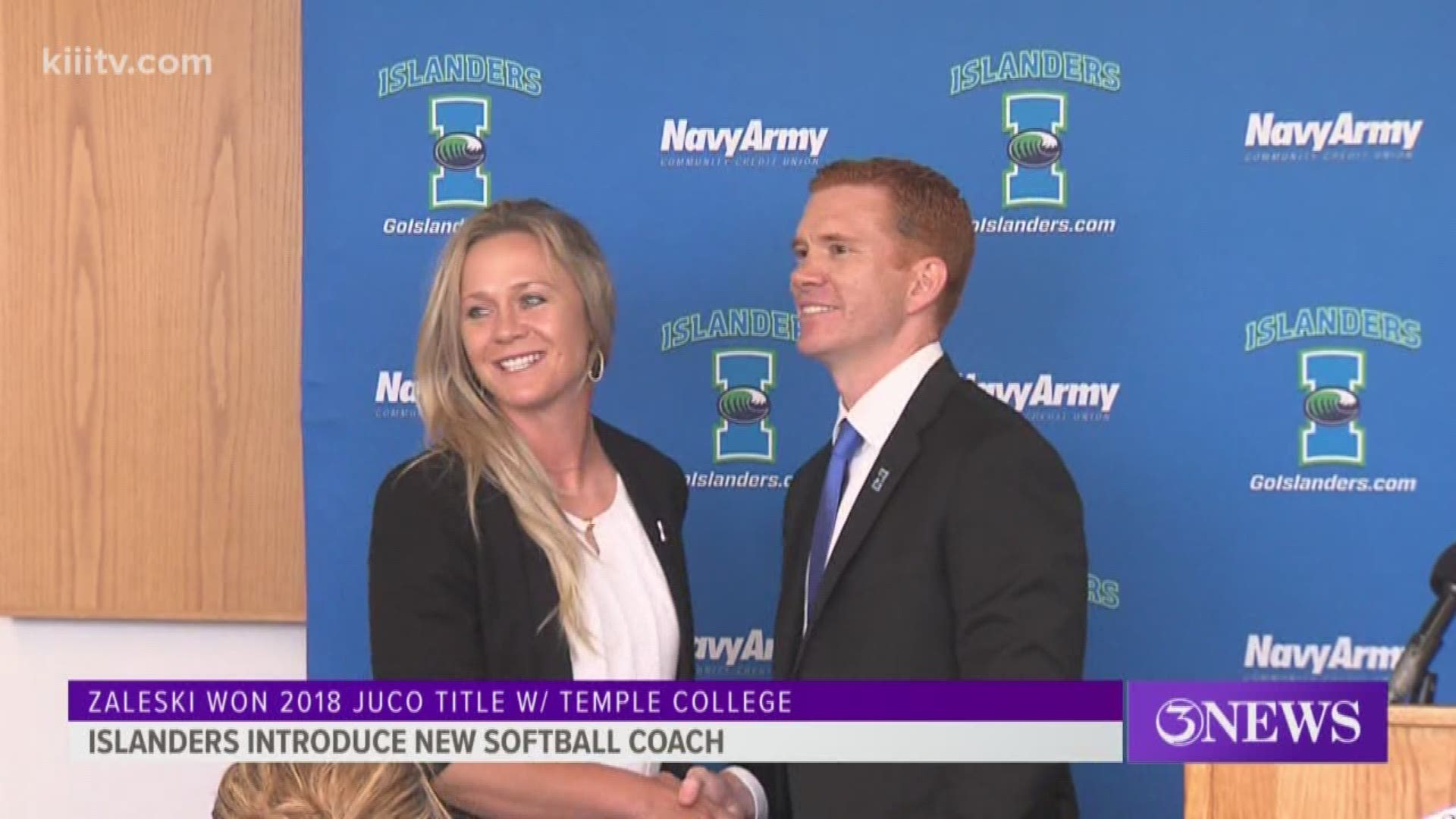 Texas A&M University-Corpus Christi Director of Athletics Jon Palumbo today announced the hiring of Kristen Zaleski as the new head softball coach for the Islanders. Zaleski led Temple College in Temple, Texas, for nine seasons and compiled a 413-127 overall record. She led Temple to the NJCAA Division I national title in 2018.

"We are thrilled to welcome Kristen Zaleski as our next head softball coach," Palumbo said. "She is a proven winner as a head coach and has demonstrated the ability to connect with and develop her student-athletes on and off the field. I look forward to working with her to elevate our softball program."

While at Temple College, Zaleski's teams won five conference titles, going 237-47, and advanced to the national championship tournament four times. She was named the Co-Coach of the Year for Region V North in 2018 and 2019. Her 2018 coaching staff at Temple was named the NFCA NJCAA Coaching Staff of the Year.

"I am humbled to be chosen as the next head coach for the Islanders," Zaleski said. "I am excited at the opportunity to rebuild this program and change the culture at Texas A&M-Corpus Christi. My experience at Temple College has been amazing and I am very grateful to have been a part of such a wonderful place and softball program for nine years, but I am also looking forward to this next chapter in my life."

Zaleski played five professional seasons after college in the National Pro Fastpitch League (NPF) with the Texas Thunder and the Rockford Thunder. She earned NPF Most Valuable Player accolades in 2005. She was named to the United States National Training Team in 2006 and was nearly selected for the final 2008 Olympic Team.

In 2016, Zaleski was an assistant coach for the Dallas Charge of the NPF and has gained coaching experience with the Austin Storm organization. She has worked camps in Texas, Illinois, California, Michigan, Wisconsin and New York. She spent one season as the Texas State graduate assistant in 2005-06.