Lutz has had three players come in via transfer, but still has work to do to fill out the 2021-2022 roster. 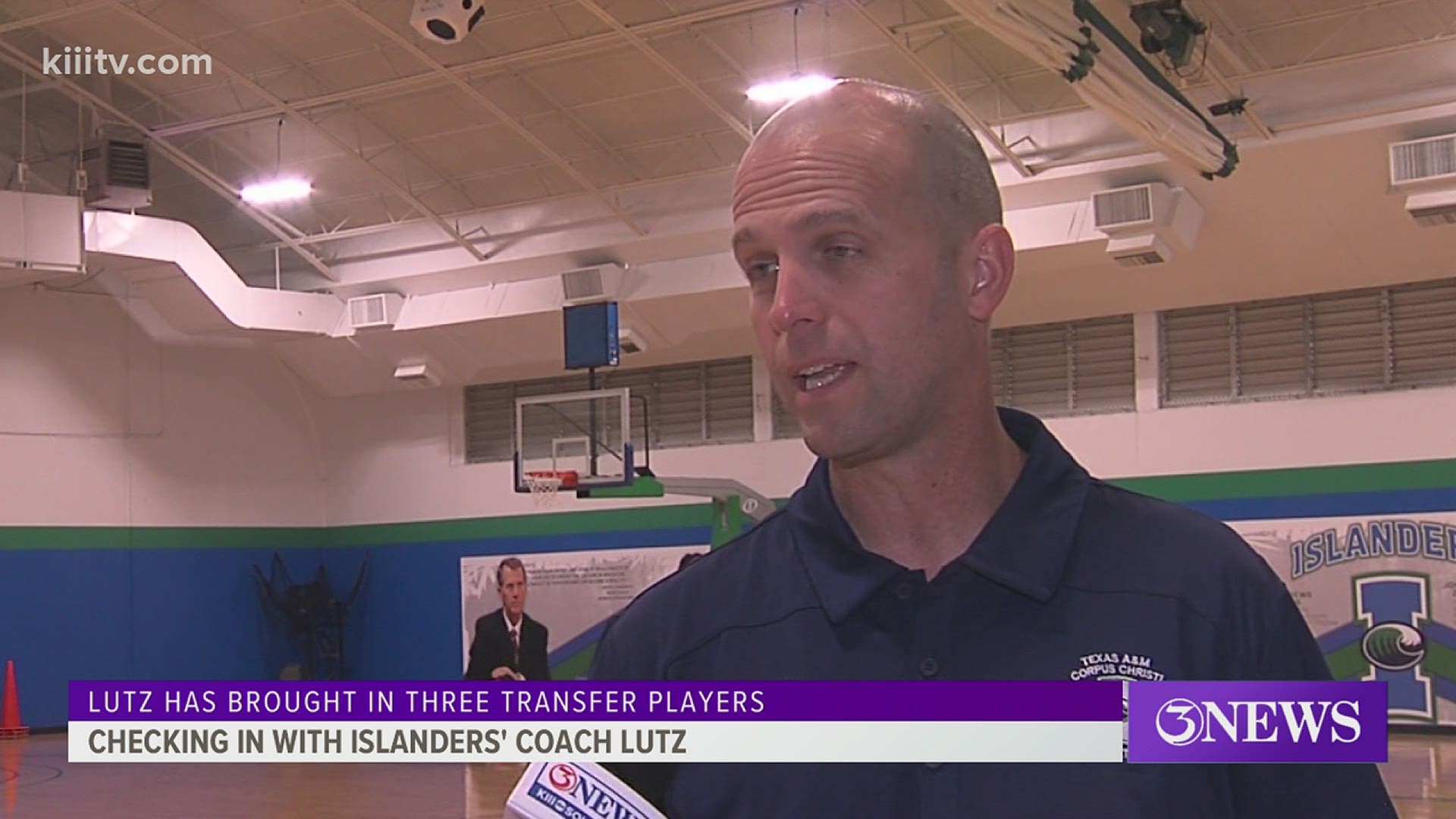 CORPUS CHRISTI, Texas — It's a been a whirlwind first month on the job for new Texas A&M-Corpus Christi men's basketball coach Steve Lutz.

Lutz is not only dealing with the rigors of being a first time head coach on the Division I level, but he's also learning to manage incoming and outgoing roster via the transfer portal.

Lutz has had three transfers sign since his hiring last month, bringing in Jalen Jackson (G - North Texas), Isaac Mushila (F - Western Texas) and Jasman Sangha (F/C - Garden City CC). Even with the new additions, Lutz and his new staff still have work to do to fill out the roster, with only three or four scholarship athletes returning from last year's roster.

New @Islanders_MBB coach Steve Lutz (@LutzSteve) proves you can take the coach out of Indiana, but you can't take the Indiana out of the coach when talking about wanting to help develop youth basketball in the Coastal Bend (South Bend?🤔) area with TAMU-CC's summer camps. pic.twitter.com/bstoLl3NbU