The Lumberjacks jumped out to an 11-0 lead and never looked back in an 80-68 win over the Islanders. 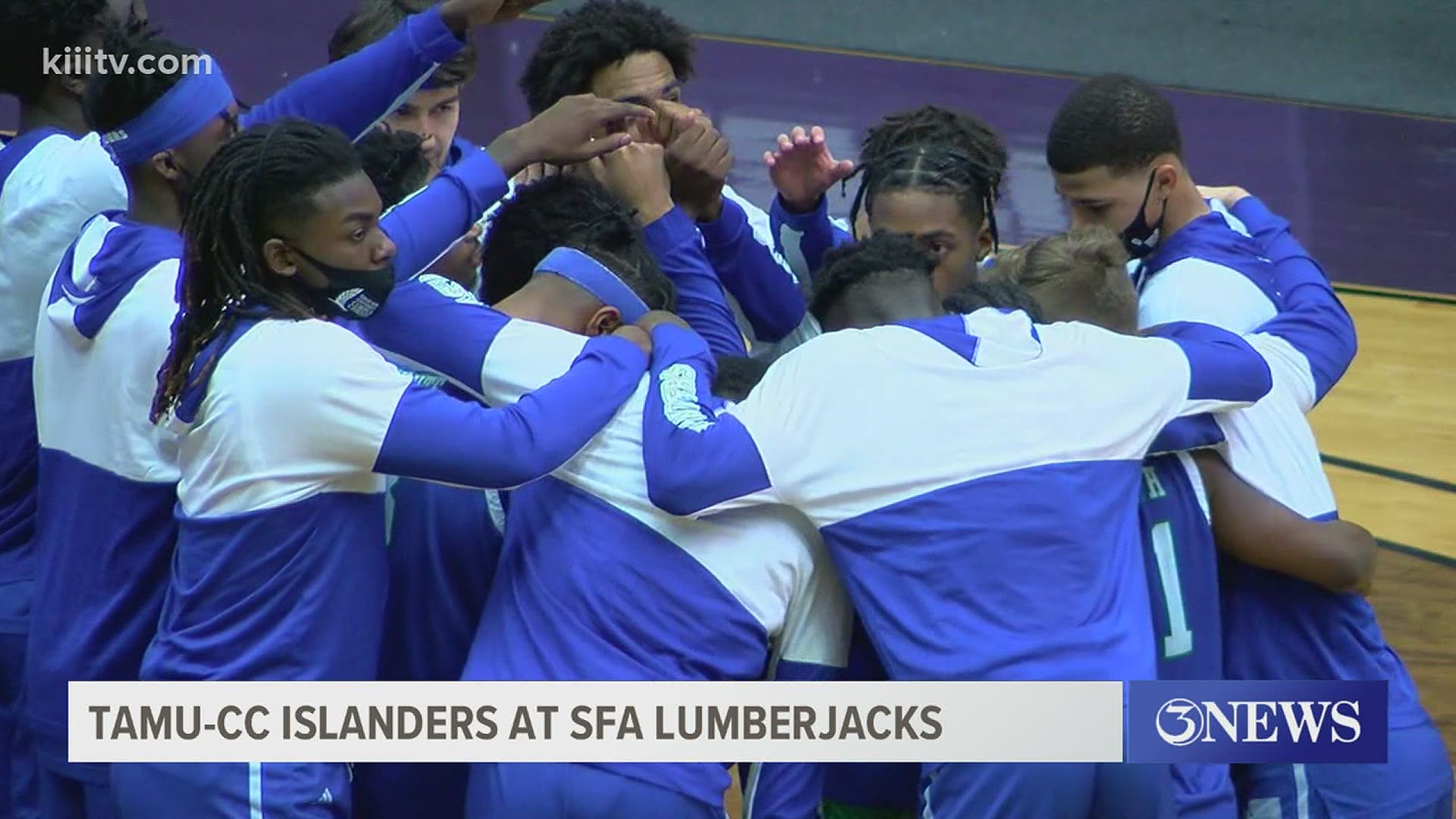 NACOGDOCHES, Texas — In a night that was highlighted by bench contributions, junior Kerry Richardson broke the school record for single-game field goal percentage in an 80-68 defeat for the Texas A&M-Corpus Christi men's basketball program against Stephen F. Austin on Wednesday at William R. Johnson Coliseum.

Richardson was a perfect 8-for-8 from the floor, which broke the previous record of 7-for-7 set three times. He registered a career-high 20 points to go along with five rebounds, three steals and a block.

Another career-high came from freshman Eden Davis who registered 11 points. Eight different Islanders came off the bench to score.

The Lumberjacks were guided by Gavin Kensmil who finished with a double-double of 23 points and 10 rebounds. SFA shot .552 (32-58) from the field in the game.

The Lumberjacks built an 11-0 lead early after forcing five turnovers in the first five minutes. The Islanders got on the board with a put-back by senior Perry Francois, but SFA kept its foot on the pedal and extended the edge to 36-10 at the 5:36 mark.

A&M-Corpus Christi created some offense near the end of the first half and the Lumberjacks called timeout after Richardson threw down a fast-break dunk to make it a 40-19 game with 3:46 remaining. Though, SFA still lead 49-28 at the intermission.

The Lumberjacks scored the first six points of the second half to carry a 55-28 advantage with 16:52 remaining.

A lot of A&M-Corpus Christi's scoring came late. An 8-0 run trimmed the deficit to 73-55, and the Islanders finished the game on a 7-0 spurt, which included a three-pointer by junior Javae Lampkins.

A&M-Corpus Christi will remain on the road Saturday when they travel to Abilene Christian for a 7:30 p.m. tip.