Texas A&M-CC dropped the final two sets and the match after winning an epic third set. 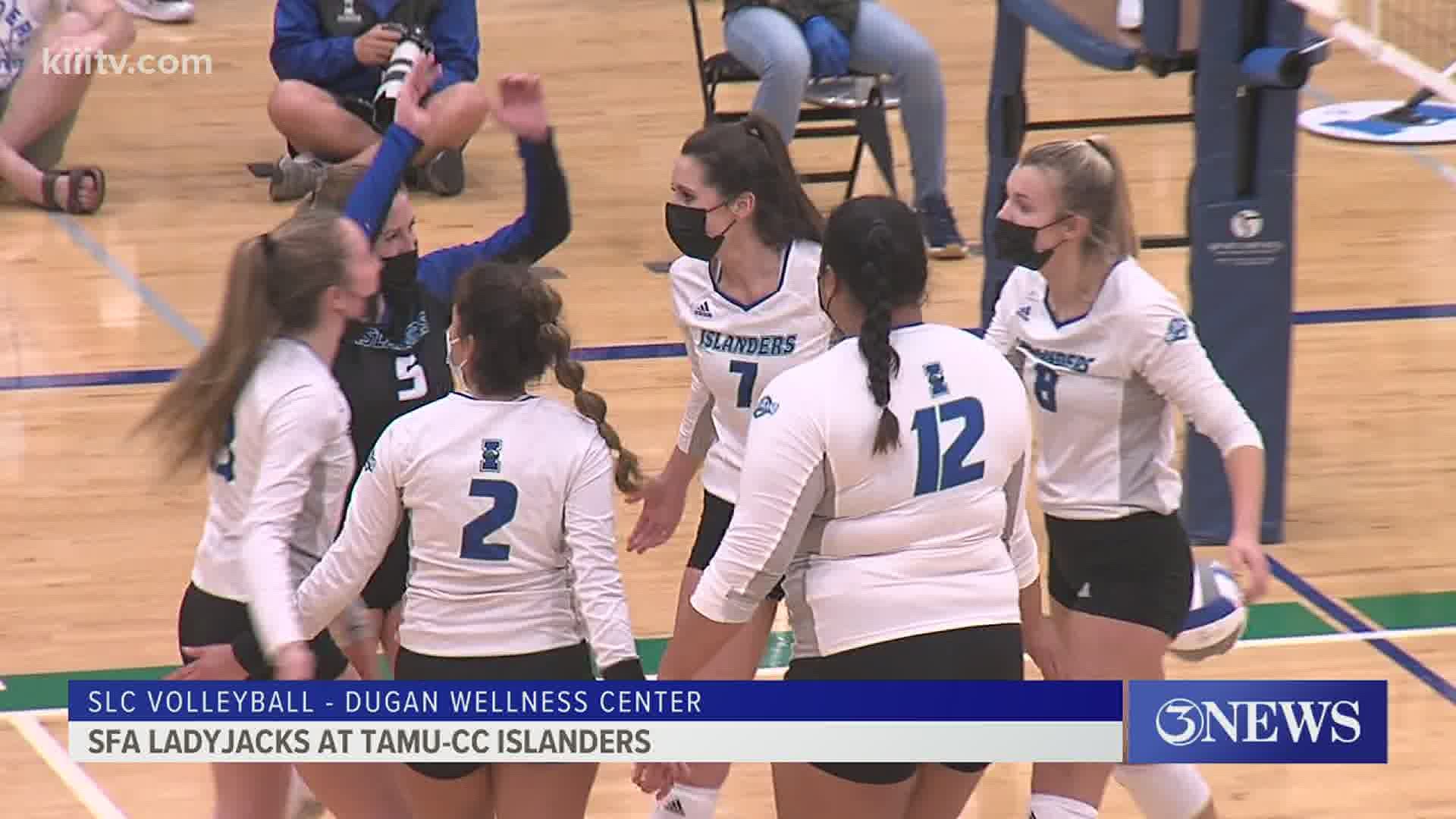 CORPUS CHRISTI, Texas — After taking a 2-1 match lead behind an extended third set win, the Texas A&M-Corpus Christi volleyball team struggled to regain its offensive rhythm as Stephen F. Austin completed the 3-2 comeback over the Islanders Friday evening at the Dugan Wellness Center.

Chloe Simon paced the Islander attackers and matched a career-high with 19 kills, while Rachel Young collected 17 and Kylie Filipiak registered a double-double with 14 kills and 10 digs. On the defensive end, Carissa Barnes anchored the home squad with a game-high 24 digs.

After falling in the opening set, A&M-Corpus Christi began the second on a 6-0 run that followed with another 8-0 stretch to take a lopsided 25-14 victory and even the match at one apiece. During the second set, the Islanders kept the SFA offense in check as the Ladyjacks produced a .077 attack percentage.

The third set proved to be a back-and-forth affair, with neither club leading by more than three points in a set that saw 20 ties and 10 lead changes. SFA looked to be on the cusp of closing the set, but an explosive Simon kill followed by service ace from Barnes erased the margin and sent it to extended points. Both squads traded blows in a see-saw battle that had seven ties before the Islanders claimed the hard-fought 34-32 victory thanks to another clutch Simon kill followed by a block from the duo of Sam Dumity and Faith Panhans.

A&M-Corpus Christi struggled to regain its momentum, seeing SFA tally 12 of the opening 15 points in its own 25-18 lopsided victory to deadlock the match once again and send it to a decisive fifth set.

Both teams continued the see-saw match in the fifth before SFA engineered a 6-0 outburst to gain a 10-3 edge that the Islanders would never seriously threaten. A Filipiak kill brought it within six, but SFA took advantage of an Islander miscue to seal the outcome.