Texas A&M-CC had just eight players suited up and were also without Head Coach Willis Wilson. 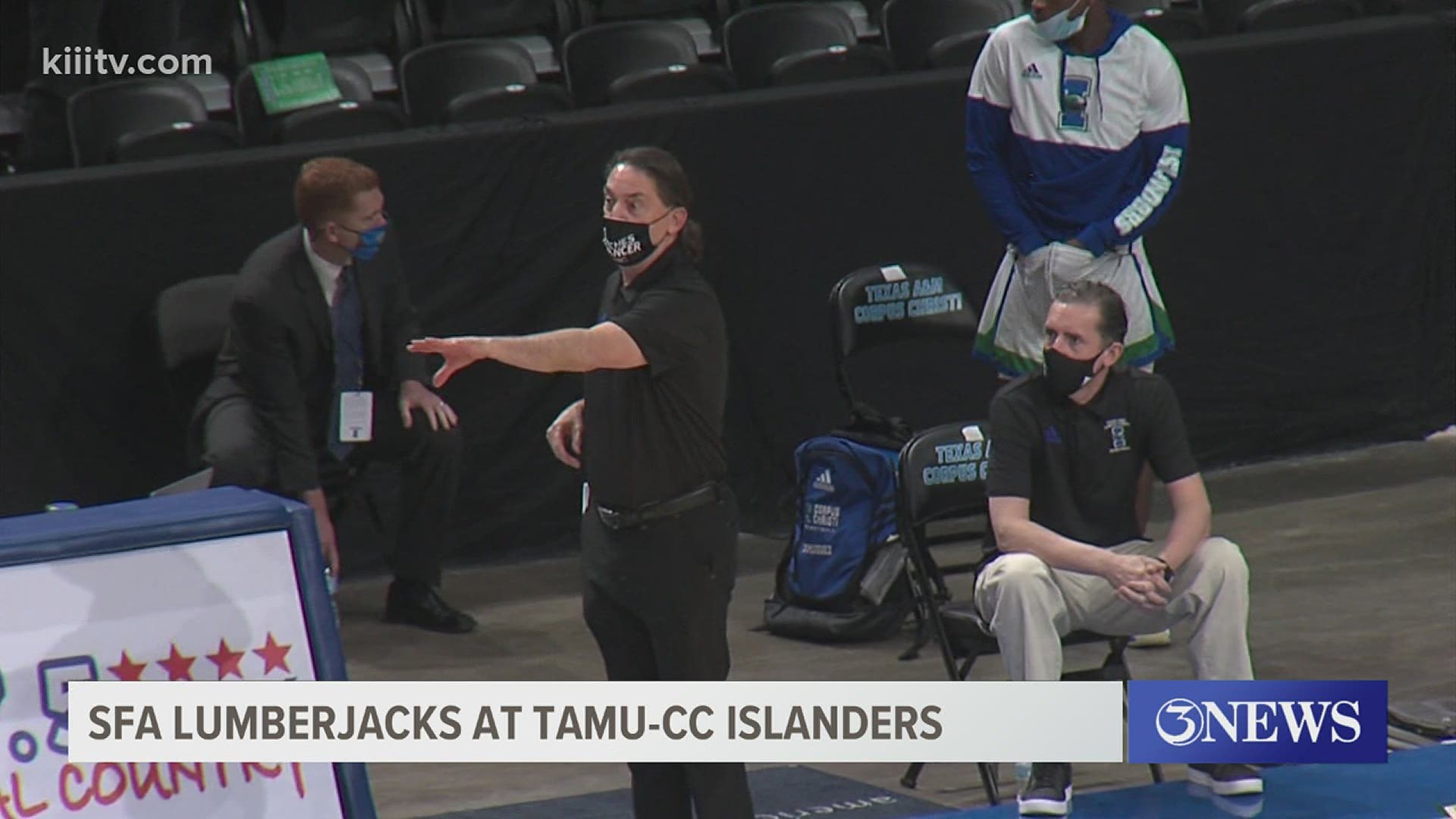 Playing shorthanded due to COVID-19 protocols (contact tracing) within the Islanders program, Texas A&M-Corpus Christi battled hard in an 84-75 defeat to Stephen F. Austin on Wednesday at the American Bank Center.

Senior Myles Smith netted a season-high 23 points. He was 9-for-15 from the floor and 3-of-6 from long-range.

The Lumberjacks were led by Cameron Johnson who recorded a game-high 29 points. Gavin Kensmil ended with 16 points and Calvin Solomon 12.

A&M-Corpus Christi led 10-7 early after senior Nolan Bertain drilled a three-pointer. SFA scored the next six points to lead ahead 15-10 at the 12:48 mark.

After the Lumberjacks again pushed their lead up to 77-64 midway through the half, A&M-Corpus Christi didn't go away and made it an 80-73 game with 2:48 to go. The Islanders were playing catch-up the entire way and just couldn't get enough stops to break back even.

A&M-Corpus Christi will remain at home Saturday when it hosts UIW at 3:30 p.m. at the American Bank Center. It will be the third of a four-game home stand.