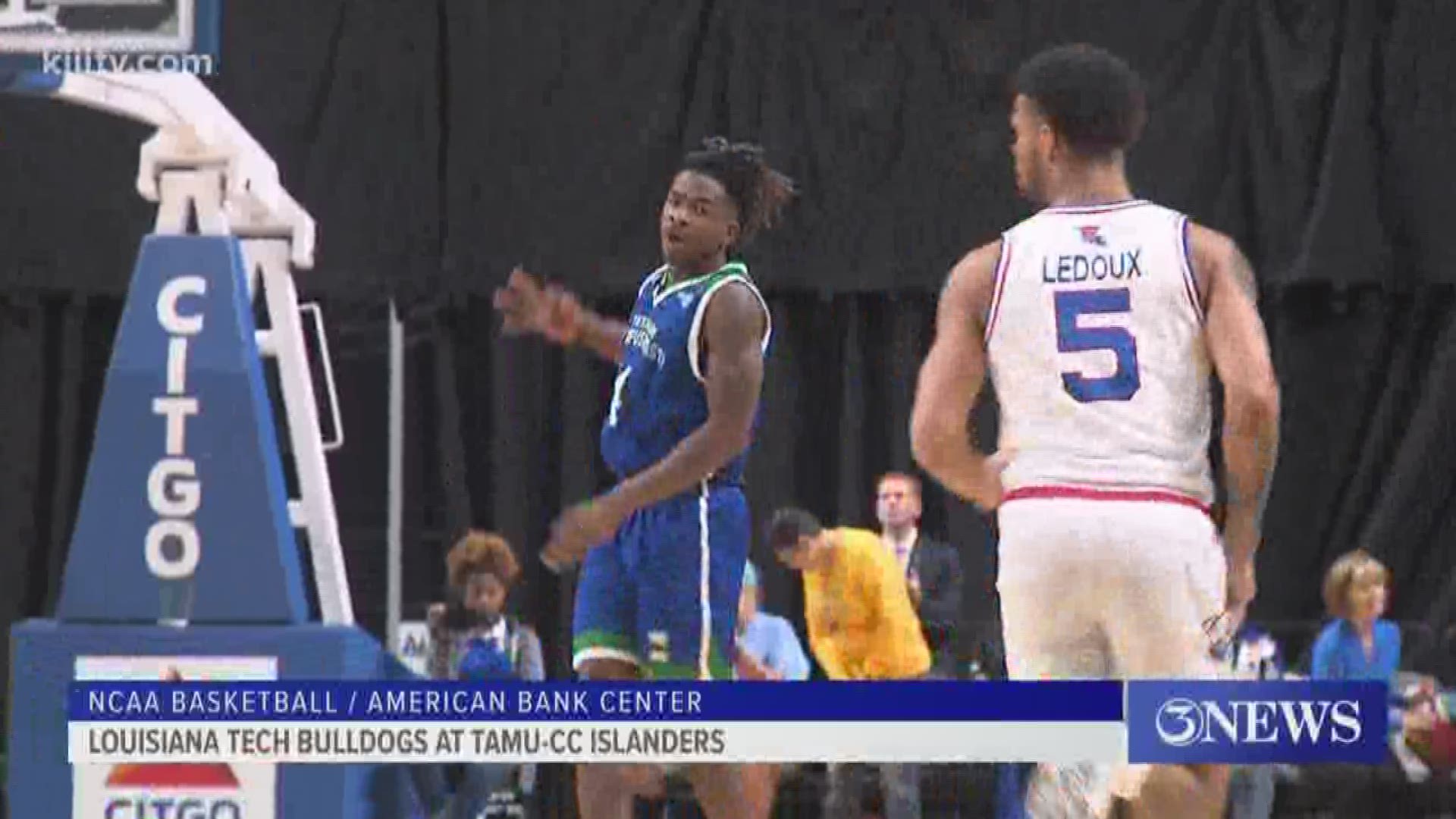 - Elijah Schmidt tied Talton-Thomas with a team-high seven rebounds. He added six points and one assist.

- Nolan Bertain made his Islander debut, scoring six points off a pair of three pointers. He added two rebounds in 27 minutes of action.

- For Talton-Thomas, Wednesday was his 12th double-digit scoring performance of his career. Last season he led the team in scoring six times and in rebounds nine times.

Texas A&M-Corpus Christi is now 7-2 all time in season openers under head coach Willis Wilson and 18-3 in program history ... sophomore Jalon Clark made the first start of his career ... Jalen White, Aristotelis Sotiriou and Javae Lampkins also made their A&M-Corpus Christi debuts ... Myles Smith hit the pregame half court shot ... the announced attendance was 1,027.

- The Islanders hit the road for an SEC test at Vanderbilt on Monday, Nov. 11, in Nashville, Tenn. The game will tip off at 7 p.m. and can be heard locally on 1440 KEYS. It will be broadcasted nationally on the SEC Network. There will be an Islander Watch Party for the game at the Executive Surf Club downtown.