Castillo leads Javelinas softball to another win at Championship Tourney

The former Santa Gertrudis pitcher had 11 strikeouts in a complete-game win over Young Harris. 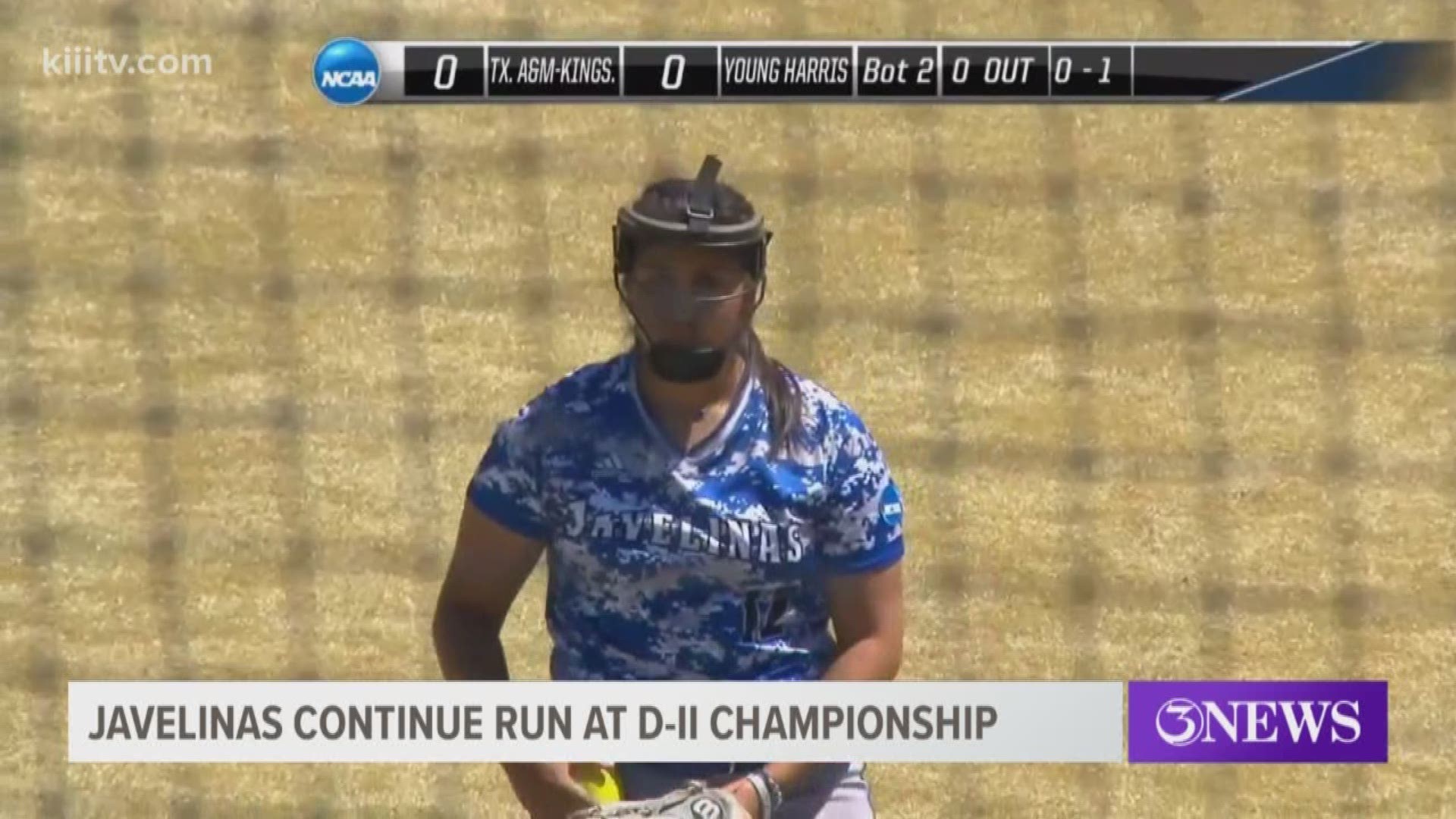 "For [Saidi]," said coach Craig Nicholson, "for her first game in the College World Series, what a dominant performance. We struggled early, leaving some runners on base. We couldn't get that big hit that we needed.  We got a couple big swings in the fifth inning and I thought the run we scored in the seventh was very important. I'm proud of the way we played today and happy to keep moving forward."

The Javelinas (50-8) will remain in the winner's bracket and will play again on Saturday at 5 p.m. CT. Their opponent will be determined following the ninth game of the tournament scheduled for earlier that same day at 11 a.m. MT (12 p.m. CT). This victory is the 17th-in-a-row for TAMUK, which ties a program record set in 2005.

Castillo (26-4) started the game in a duel with Young Harris' Nikkie Kovalsky, the hurlers matching zeroes for the first four frames. Castillo only allowed one baserunner to that point while setting down eight on strikes, including a second inning in which she struck out the side. The Javelinas put runners on in each inning, but Kovalsky wriggled out of each jam.

The fifth inning is when TAMUK's power stroke put them in front. With one out, Schoonard-Saborio hit a towering blast over the center field fence for her second dinger in as many games. Two batters later, it was Chapa who went deep and gone to left for a 2-0 lead.

Castillo held that lead until her team's lineup tacked on one more in the seventh, an inning that began with a walk to sophomore Loren Kelly (Rockport, Texas). A wild pitch and a passed ball allowed Kelly to move to third and Chapa picked up another RBI with a sacrifice fly that tallied Kelly for TAMUK's third run.

Young Harris was finally able to dent home plate in their half of the seventh with a Haylie Shope one-out solo homer, but Castillo retired Jill Torres on a fly ball to center and struck out Michalyn Bingham, closing out her team's 50th win of 2019.

"I came in knowing they're going to hit the ball," said Castillo. "You have to go in and try your best and work around what they're trying to do."