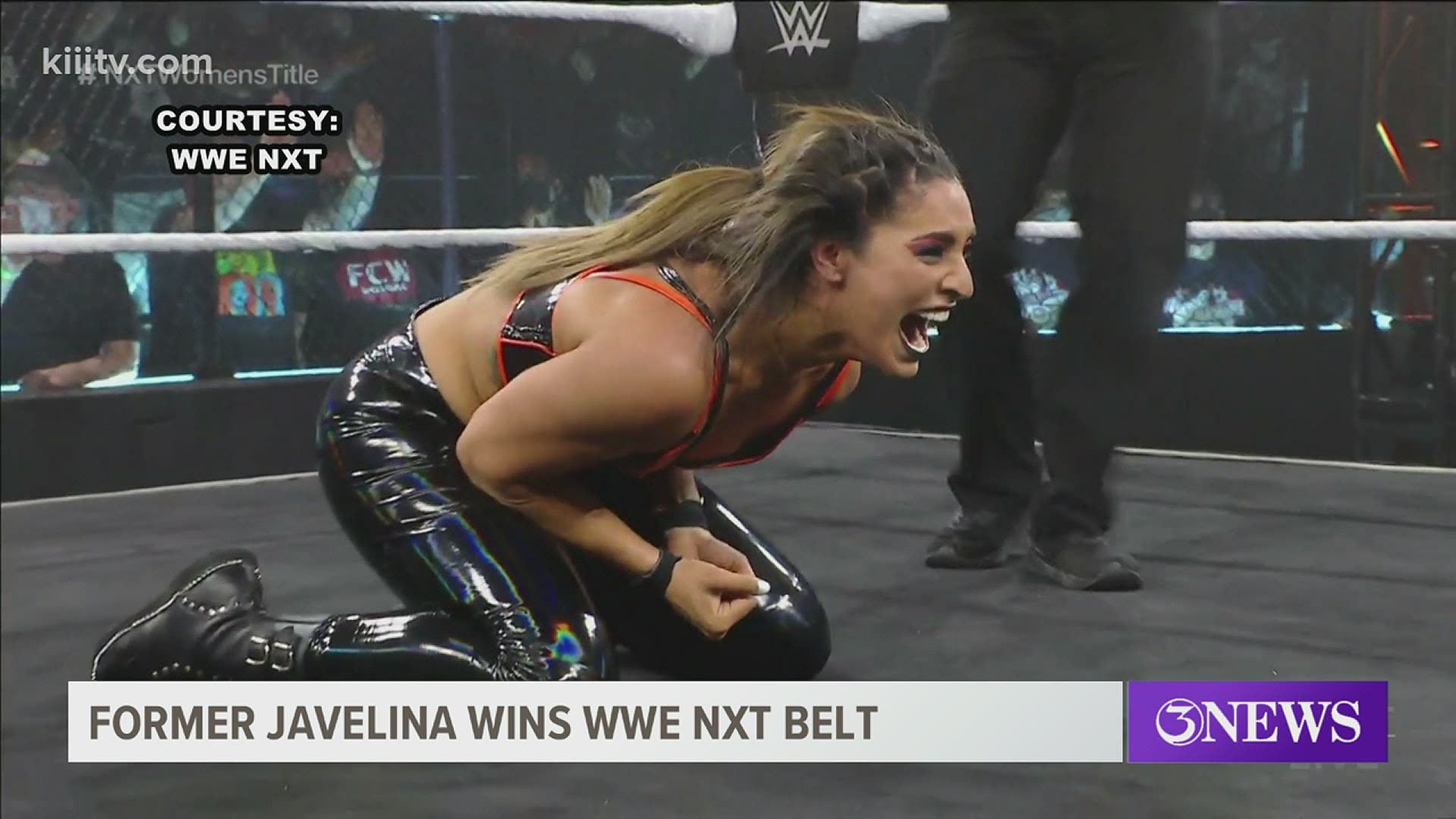 ORLANDO, Fla. — Former Texas A&M-Kingsville women's basketball player Victoria Gonzalez has made a name for herself on the professional wrestling mat.

Gonzalez, known as Raquel Gonzalez in the pro wrestling world, won her first women's solo title in the NXT division of WWE. The NXT is the "minor league" of the premiere pro wrestling company. She also has previously won tag team titles.

The Valley native played for the Javelinas from 2010 to 2012 before transferring to Sam Houston State to finish her playing career.