The Patriots held off a late Texas A&M-Kingsville rally to win 61-60 and break the Javelinas' 11-game winning streak. 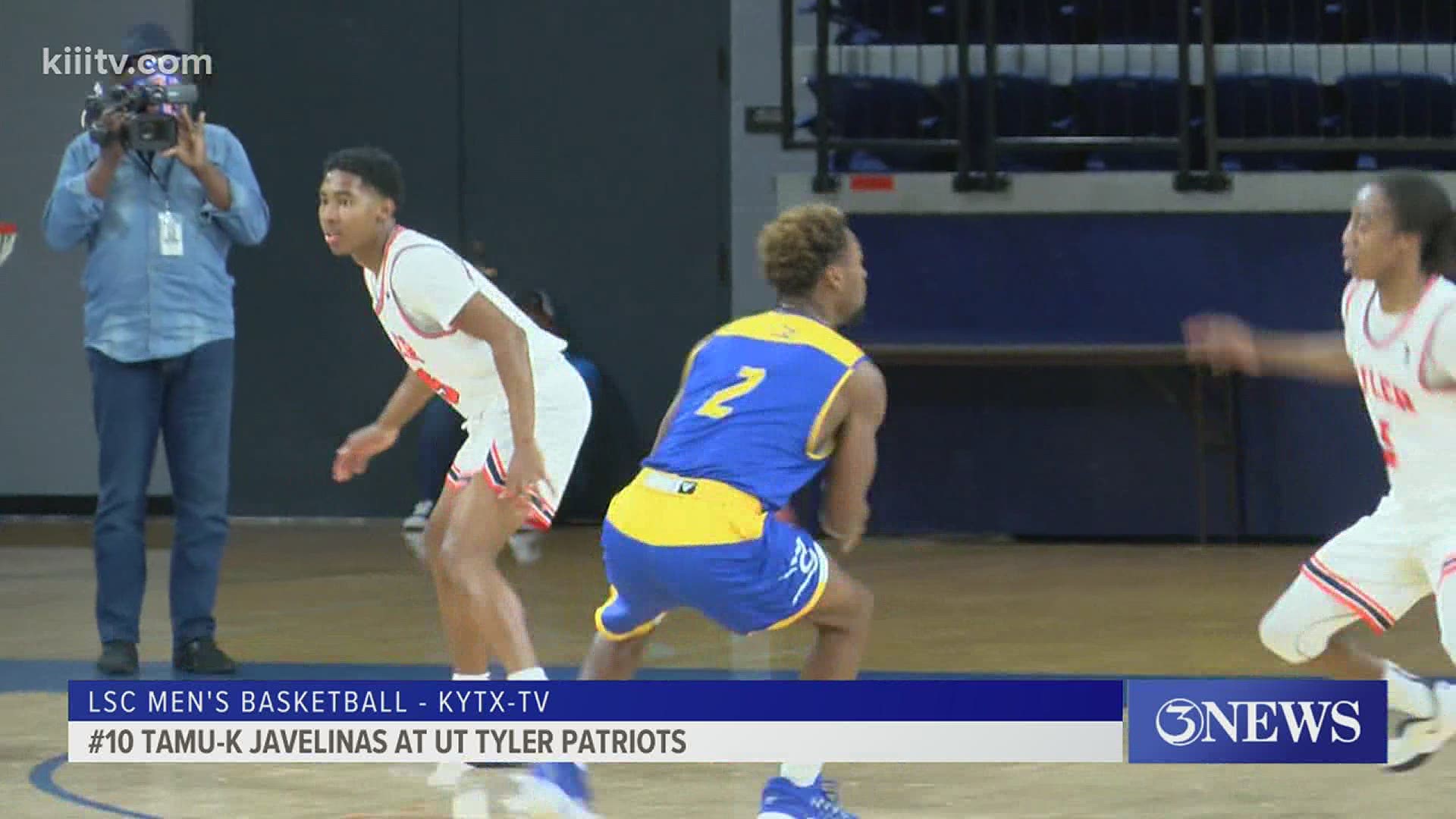 The 61-60 victory over a Texas A&M-Kingsville (13-2, 13-2 LSC) squad that hadn't lost prior to Wednesday night's defeat since Dec. 18th is the first win for the Patriots (8-9, 7-9 LSC) against a Division II Top 25 ranked opponent in program history. UT Tyler was able to pull through in the late stages of the second half in a contest that saw a total of 14-lead changes thanks to an 11-for-12 effort from the free throw line in the second half alone.

UT Tyler went 7-for-8 from the charity stripe in the final 1:05 of the contest after a Soloman Thomas three-point bucket put the Patriots up 54-51 with 1:18 left on the clock. Da'Zhon Wyche grabbed the defensive rebound off of the ensuing missed Javelina three-point attempt and drew a foul to head to the free-throw line with 1:05 left.

Wyche made both attempts to extend the lead to five at 56-51, the first of six straight free-throw makes for the Patriots in as many attempts as UT Tyler's efficiency at the line gave them their largest lead of the second half at seven points with 31 seconds remaining in the game.

Thomas led the Patriots with 19 points and matched the team-high with six rebounds on the evening. Four different Patriots reached that six rebound mark including Wyche, who paired his six boards with 13 points and five assists.

UT Tyler made 13-of-15 free throw attempts as a team for the night and used their conversions from the line to flip a 30-29 halftime deficit to pull off the upset win. Neither team led by more than four points in the first half as both sides used their traditional defensive pressure to consistently disrupt the opposing offense.

Both teams made just four three-point shots throughout the entirety of the contest and each shot less than 25 percent from outside the three-point arc.

Darius Alford and Milan Szabo each reached double-digit scoring figures for the night with 11 and 10 points respectively to join Thomas and Wyche as the four Patriots with 10-plus points. Jalen Davis and Chris Giles both grabbed six rebounds in the effort.

Both teams will head south on Saturday afternoon for a rematch of Wednesday night's upset, this time on Texas A&M-Kingsville's home court, with tip-off set for 4 p.m. for that contest.