Texas A&M-Kingsville softball topped Grand Valley State 2-1 in their opening round of the tournament. 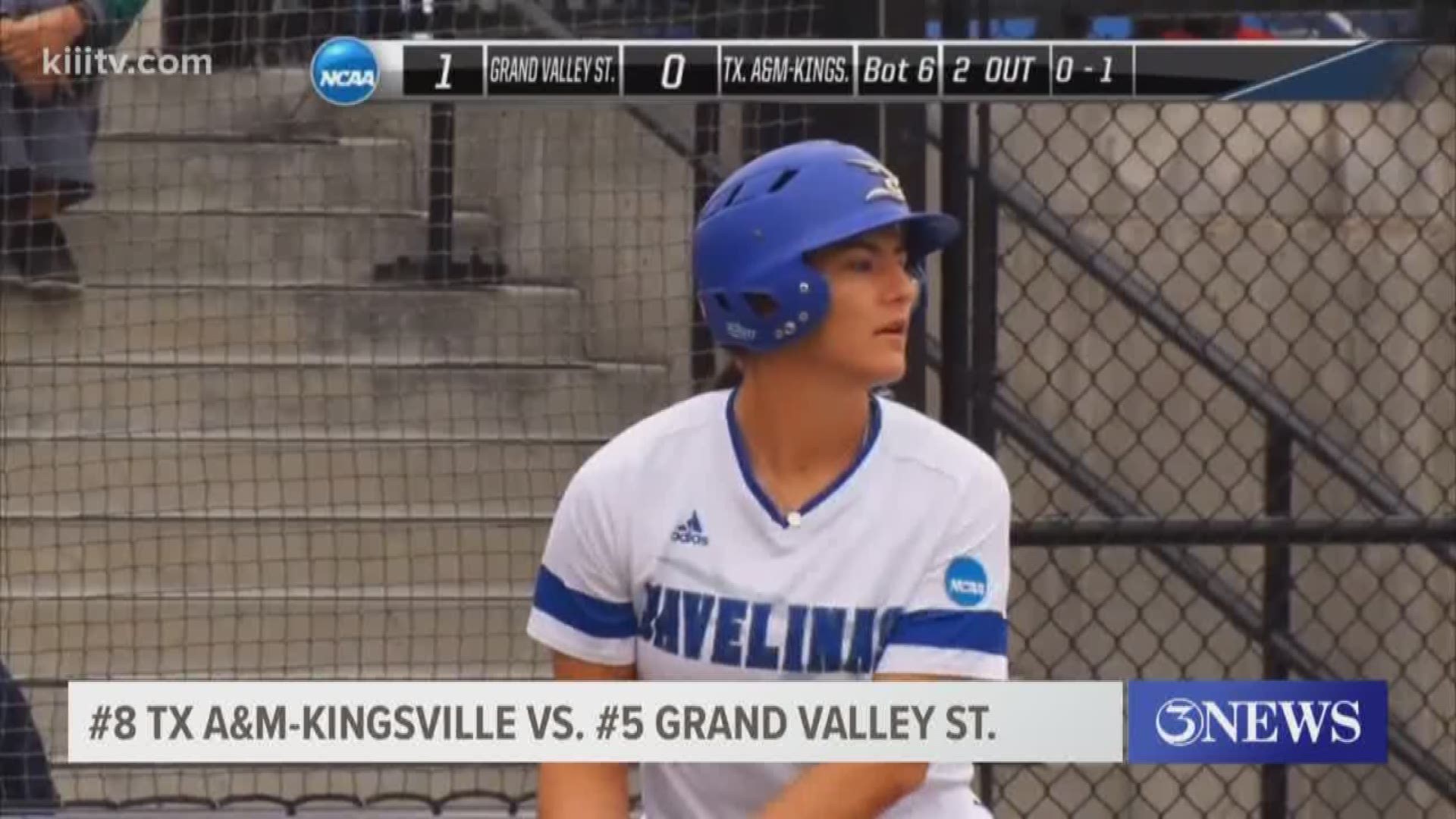 DENVER — Senior Victoria Schoonard-Saborio (Elk Grove, Calif.) clubbed a go-ahead, two-run homer in the bottom of the sixth inning and the Texas A&M-Kingsville softball team held on for a 2-1 victory over the Grand Valley State Lakers on day one of the College World Series at the Regency Athletic Complex on Thursday in Denver, Colo.

The Javelinas now move into the tournament's winner's bracket, which pits them against the eighth-seeded Young Harris Mountain Lions on Friday at 12 p.m.

Just two batters into the game, Taylor Rieger provided GVSU with a 1-0 lead, lifting a solo homer over the left field fence.

That was the only run the Lakers managed against junior Breanna Smith (San Antonio, Texas), who continually stranded runners on base. In both the second and third, a GVSU put a runner on second with one out, but TAMUK's lefty retired the next two hitters in each instance. After Rieger's round-tripper, no Laker runner reached third base for the rest of the day. Smith (21-3) allowed seven hits, but walked just one and struck out seven.

Unfortunately for the Javelinas, GVSU starter Allison Lipovsky was in a similar rhythm for her team. She allowed only one hit through the first five innings and kept TAMUK from putting a runner in scoring position until the sixth. She struck out six over the first five frames.

The Javelinas' second hit of the game came with one out in the sixth when freshman Matisen Onofrei (Mesa, Ariz.) lined a single into center. Two batters later is when Schoonard-Saborio stepped to the plate and crushed her sixth homer of the year to left-center, putting the Blue and Gold on top for the first time.

The top of the seventh went 1-2-3 and Smith retired the final batter on a fly ball to freshman Amber Reyes (Edinburg, Texas), pushing her team's win streak to 16.