Former West Oso Bear Creighton Avery is leading Texas A&M-Kingsville in scoring in his first season in the starting lineup. 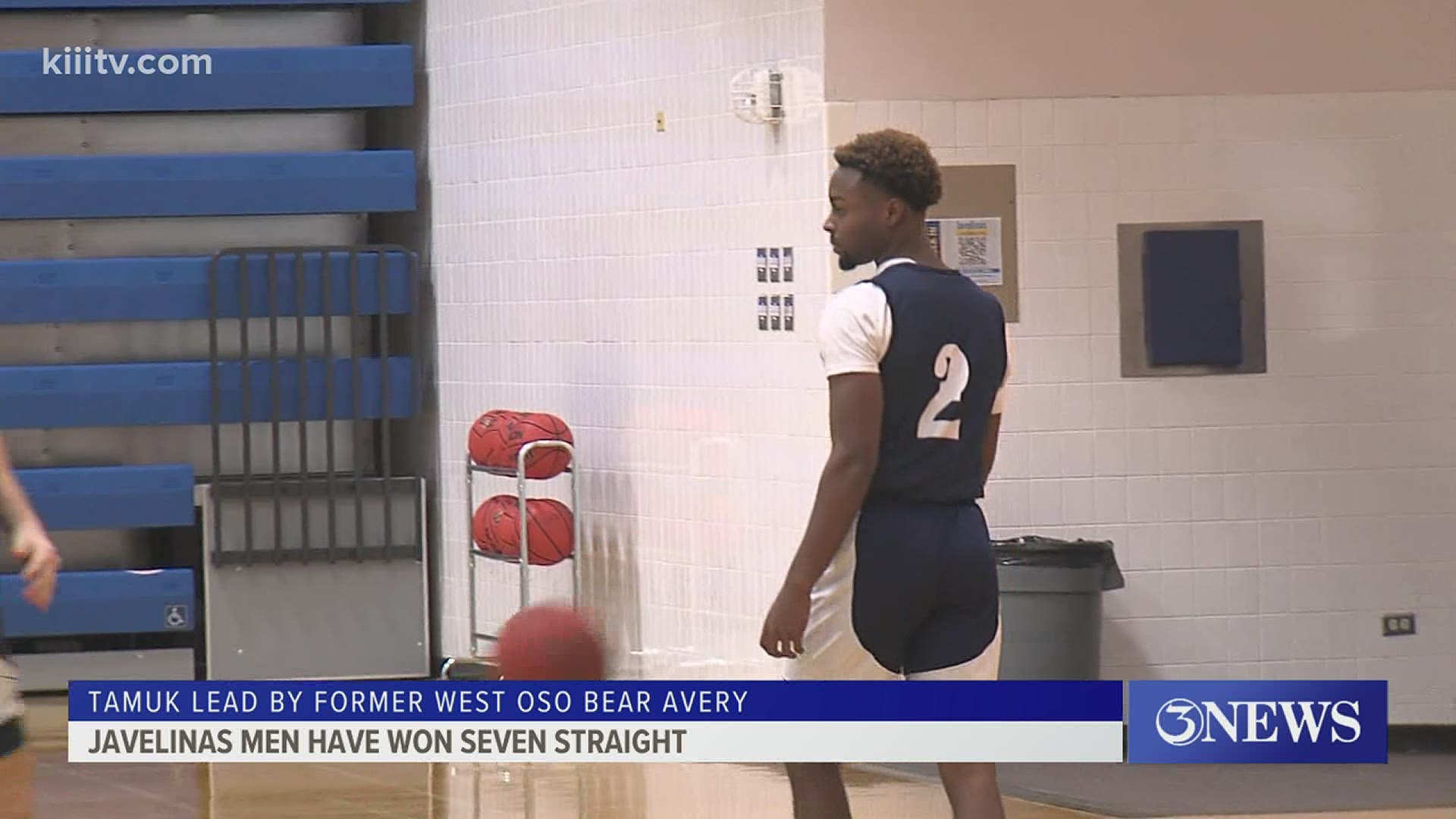 CORPUS CHRISTI, Texas — The Texas A&M-Kingsville men's basketball team has got a local star helping lead them to new highs this season.

Creighton Avery, a former West Oso Bear, is leading the Javelinas in scoring during his junior year. It's the first season Avery has been starting after backing up Chauncey Thomas last year.

Click to hear from Avery and Coach Johnny Estelle and see more on TAMU-K's run on @Kiii3Sports at 10 PM. pic.twitter.com/DLetrQ3rHe

The Javelinas have used that spark from Avery to get out to a 9-1 record and a #22 ranking in the national Division II coaches' poll. Texas A&M-Kingsville had a pair of games at #5 West Texas A&M postponed due to COVID-19 in the Buffalos' program. Now the Javelinas turn to back-to-back matchups against Cameron University in Kingsville Friday and Saturday.

Avery is following in the footsteps of his mother Cheryl Fillmore, who once suited up for Texas A&M-Kingsville for the women's basketball team. Fillmore is the Athletic Director for West Oso.