Texas A&M-Kingsville couldn't overcome a hot start to the second half for Angelo State in an 83-76 loss to the Rams. 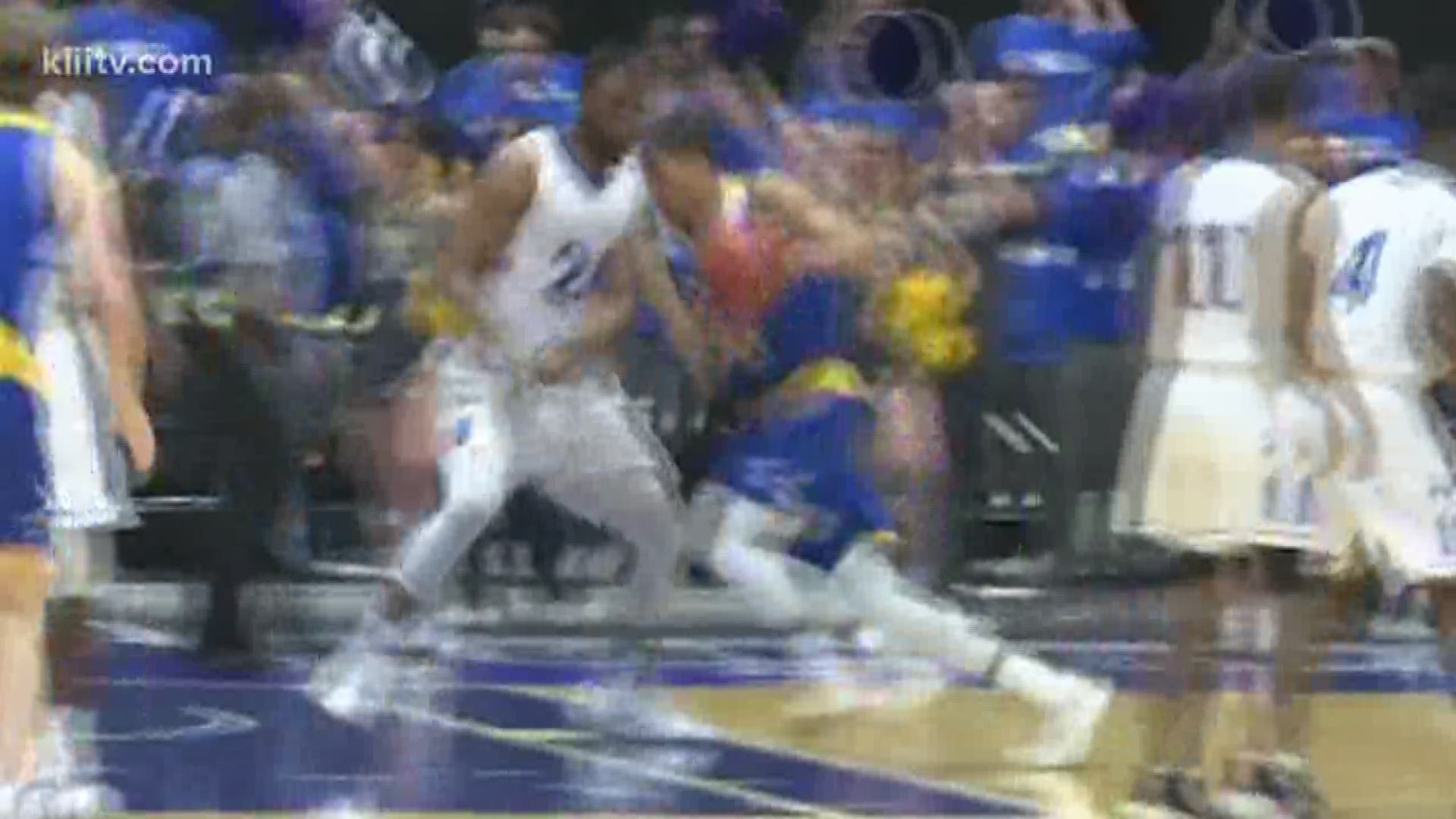 CORPUS CHRISTI, Texas — A 24-8 run to start the second half for the Angelo State Rams was too much for the Texas A&M-Kingsville men's basketball team to overcome and the Javelinas saw their season end in the first round of the Lone Star Conference Tournament by a score of 83-76 on Thursday afternoon at the Comerica Center in Frisco, Texas.

"I have to give a lot of credit to Angelo," said coach Johnny Estelle. "They did a good job, made some good plays. They did a good job coaching and their guys made some free throws and hit big shots when they needed to. The game can go either way this time of year and the ball didn't fall our way today."

"When you try to come from behind, you make some key mistakes," said Estelle. "[We] fouled probably a little too much. That's been the Achilles' heel of playing those guys all year. They do a good job of getting to the line."

On defense, TAMUK was outrebounded, 50-40, but they swatted 10 shots including four from senior Robert Stevenson (Houston, Texas). They grabbed 11 steals as well and forced 20 turnovers.

Jumpers by senior Jacolby Harris (Delray, Fla.) and Stevenson got the scoring started, but Angelo responded by logging five straight to take the lead. That rally was answered when junior Rashon Thomas (Houston, Texas) drained a three.

More than two minutes of scoreless basketball followed by before ASU retook the lead thanks to a three-point play for Kiair Crouch. After ties at 9-9 and 11-11, a free throw and a James Kirksey layup put ASU up three. The answer came in the form of two Thomas free throws and a Will Chayer (Corpus Christi, Texas) layup and a slim, 15-14 edge belonged to the Hogs.

The Rams took the first two possession lead of the day by scoring 11 of the next 16 point to make the score 25-20. That advantage grew to seven at 36-29 before TAMUK responded just before halftime. First, a triple courtesy of junior Daniel Severo (Osasco, Brazil) brought them to within four. Just before the buzzer sounded, senior Alex Mills (Laurens, S.C.) connected with a jumper and sliced the deficit to two as the squads headed to the locker room.

The Rams quickly grabbed the second half initiative with an 8-0 run for the game's first double-digit lead, but it didn't last long. A quick, 6-0 burst for the Hogs that included two buckets from Mickens, brought the Javelinas within four, only to see Crouch come back with a three for ASU.

The triple sparked another run for Angelo State, this one an 18-3 spurt and the Ram lead grew to 63-42. Of those 18 points, 11 came from the free throw line.

"We settled for threes," said Estelle. "Our first three shots [of the second half] were three-pointers and then we went 0-for-2 from the line. They capitalized off that and give those guys credit. In a game like this, its possession by possession, so you have to get good looks and you can't panic. You have to get good looks and we didn't do that early."

"I know in the second half," said Stevenson, "they were really attacking the glass. That put me in tough positions at times to step up and help the guards. They were just attacking the rim."

With the score at 66-50, the Javelinas mounted a furious rally, scoring 11 points-in-a-row in a run that included three steals and six points from Mickens. The Javelinas appeared to have another steal moments after another layup by Mickens, but a controversial foul called against junior Chauncey Thomas (Plano, Texas) handed two free throws to Angelo State.

From there, ASU tallied five straight points to go back ahead by 10. The difference between the teams eventually grew to 12 and the Javelinas could get no closer than five points with 20 seconds left to play.

"I was very proud of my team," said Estelle. A lot of teams put in our position would've folded, but these guys are not quitters and they're going to be winners even beyond the basketball court. They're good basketball players, but they're probably even better people."