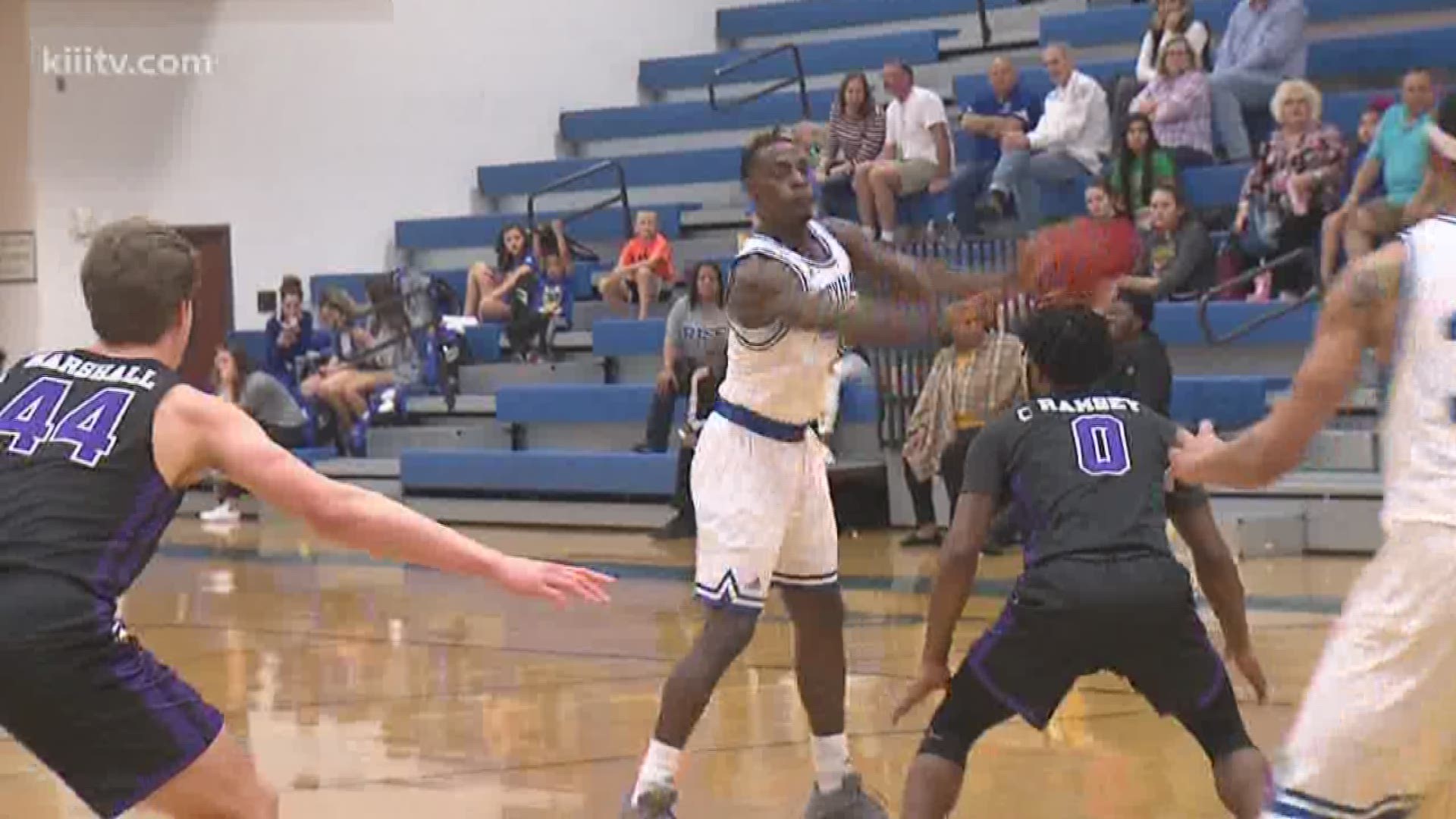 KINGSVILLE, Texas — While the Texas A&M-Kingsville men's basketball team received 12 points from junior Rashon Thomas (Houston, Texas) and 11 from senior Jacolby Harris (Delray, Fla.), they were unable to withstand a late run from the Tarleton State Texans, who handed the Javelinas a 65-57 defeat on Saturday night in Lone Star Conference action at the Steinke Physical Education Center in Kingsville, Texas.

The Javelinas got off to a fast start, using threes from Thomas and Mills to build a 13-4 lead in just over four minutes. Sparked by a three from Richie Mitchell, the Texans stormed back with a 13-3 run to take a 17-16 lead.

The two teams played even basketball for the rest of the half, the largest separation between the squads coming when the Hogs scored five of six points to go up 29-25 during a short stretch that included another three from Mills. Randall Broddie brought TSU to within one before the halftime buzzer by draining a three.

Tarleton raced out of the locker room, scoring nine straight points with Josh Hawley contributing the last five on a trey and a dunk. The Javs responded with eight-in-a-row, Thomas contributing five including a three-point play. Junior John Mouton (Missouri City, Texas) tied the score at 37 with 13:53 remaining, converting another three-point play.

Another trey from Hawley less than three minutes later gave Tarleton a four-point edge, only for the Texans to see the Javelinas go on a 7-0 run capped off by another Mills triple for a 48-45 Javelina lead.

After Tarleton tied the game and took the lead and the Javelinas did the same, this time on a Harris three-pointer for a 53-50 score, the Texans scored four straight from the free throw line. Junior Daniel Severo (Osasco, Brazil) pushed TAMUK ahead by one with 2:35 left, hitting a hook shot in the paint, but Tarleton took over down the stretch.

Broddie canned a trey to give the Texans a two-point edge and Josh Hawley added another jam with just over a minute to play. Broddie then hit one of two free throws and Hill connected twice from the charity stripe for a seven-point edge. Over the last two minutes, the Texans went on an 11-2 run to seal the victory.

The Texans hit 50 percent of their shots, both overall and from three, hitting 7-of-14 attempts from beyond arc. The Javelinas concluded the evening with shooting percentage of 38.9 percent while hitting 5-of-21 from deep.