TAMU-K welcomes UTPB in the second and final game of the limited spring schedule. 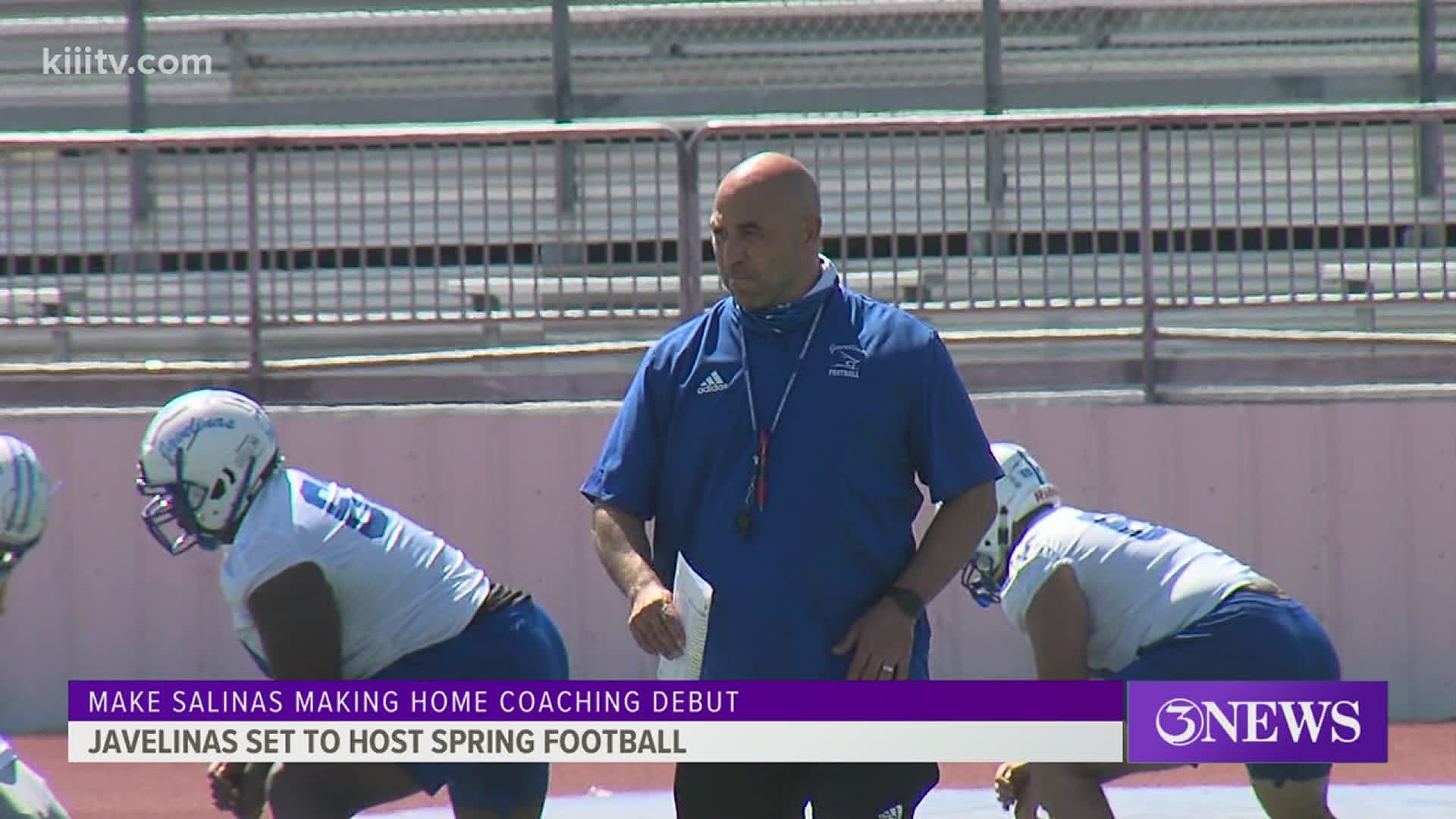 KINGSVILLE, Texas — Texas A&M-Kingsville is used to spring football at Javelina Stadium, but never against another opponent. The Javelinas will get that Saturday when UT-Permian Basin comes to town.

Saturday's game against the Falcons will be the first home game for the Javelinas since November 9, 2019. It'll also be the home debut for Head Coach Mike Salinas who was hired in December of that year. Salinas was a player for Texas A&M-Kingsville back in the late 90's and then an assistant coach for the Javelinas in the early 2000's.

Javelinas FR LB Jakari Landry and Coach Mike Salinas about what the team gets out of spring football against someone other than themselves.

And I say "new coach". Salinas was hired in Dec. 2019, but thanks to COVID is coaching in just his second game. @Kiii3Sports #3SportsBlitz https://t.co/4wp2DaGmBu pic.twitter.com/a7D16jG7Ou

The teams are playing a limited spring schedule due to COVID-19. Saturday's game will be the second and final game for TAMU-K until the fall. The Javelinas fell to Midwestern State on the road in the opener.