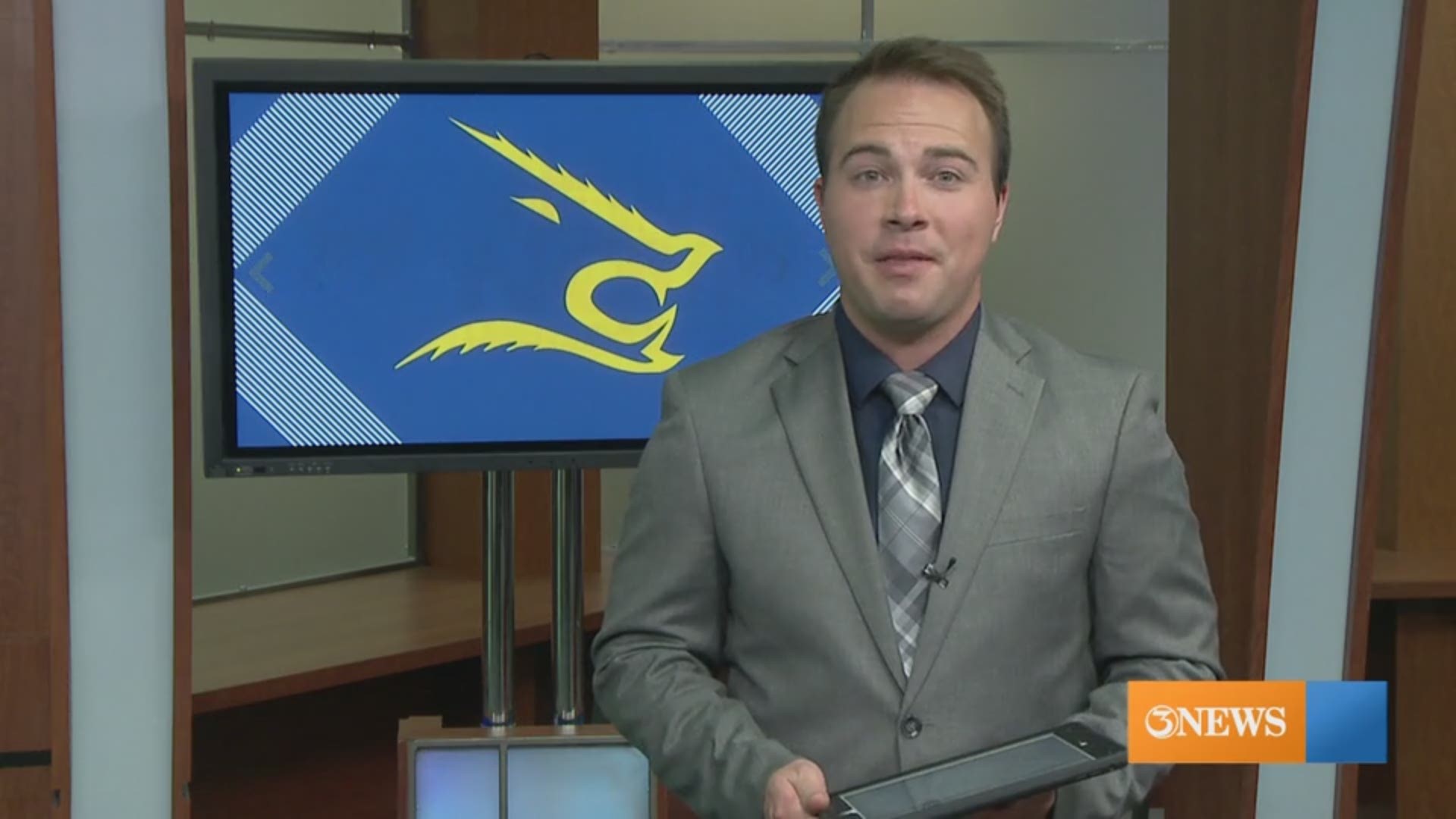 DENVER — For the first time in program history, the Texas A&M-Kingsville softball team will play for the Division II Softball National Championship. The Javelinas clinched a spot in the national championship series with a 3-2 victory over the Grand Valley State Lakers on Saturday during day three of the College World Series at the Regency Athletic Complex in Denver, Colo.

This win puts TAMUK in the best-of-three championship series against either Augustana or Young Harris. Those two teams will play Saturday evening and, if necessary, Sunday afternoon to decided who will meet the Javelinas on Sunday.

This victory pushes the Javelinas' streak of consecutive wins to 18, which is a new program record.

"We had some really good at-bats in the first inning," said coach Craig Nicholson. "We squared up enough balls in the first inning that we had a cushion. I thought [Allison Lipovsky] made some adjustments and really kept us off balance the rest of the game, but we did enough early to get it done. Breanna [Smith] pitched a heck of a game, but I thought our defense was special."

All three Javelina runs off Lipovsky came in that first inning, with a one-out walk to senior Victoria Schoonard-Saborio (Elk Grove, Calif.) and an Anastasia Leibas (Del Valle, Calif.) single starting the rally. Senior Roxy Chapa (McAllen, Texas) cracked a double off the top of the wall in left-center to tally Schoonard-Saborio. After the second out was made, consecutive RBI infield hits courtesy of two freshmen, Makenzie Mays (Conroe, Texas) and Amber Reyes (Edinburg, Texas) upped their team's lead to 3-0.

"We wanted to go be aggressive early [at the plate]," said Nicholson. "If you look at our at-bats in the first inning, we were letting it fly early in the count."

"I think a lot of us remembered that we were late on her in the first game," said Chapa. "We really tried to be on time and not fall behind in the count."

The Lakers quickly tried to battle back, putting their lead-off hitter on in their half of the first, but freshman Veronica Chavez (Tempe, Ariz.) turned a hard grounder from the next batter into a 3-6 double play. That meant the homer from the next batter Lydia Goble, only counted for one run and the Javs maintained a 3-1 lead.

The rest of the game was almost exclusively about pitching and defense. The Javelina put runners on against Lipovsky, but they were unable to add to their advantage.

"What a great effort by Allison Lipovsky," said Nicholson. "To pitch like that twice in one day, hats off to her."

Smith, meanwhile, had plenty of support from her fielders. She retired eight-in-a-row after Goble's homer and, after a walk in the fourth, saw that baserunner erased thanks to a double play started by Leibas. GVST stranded a runner at second in the fifth and left one in the sixth following an outstanding catch by Leibas, who had her back to home plate in short center field.

"All of those plays were huge," said Nicholson, "but the biggest one was probably the double play in the first inning because they hit a home run on the next pitch."

The last chance for Grand Valley State came in the seventh. Kelcie LaTour reached on a single with one-out and a two-out double by Morgan Wagner brought in the Lakers' second run and brought the winning run to the plate. Smith ended the comeback attempt there by getting Brooke Henning to ground out to Chavez, punching TAMUK's ticket to the championship series.